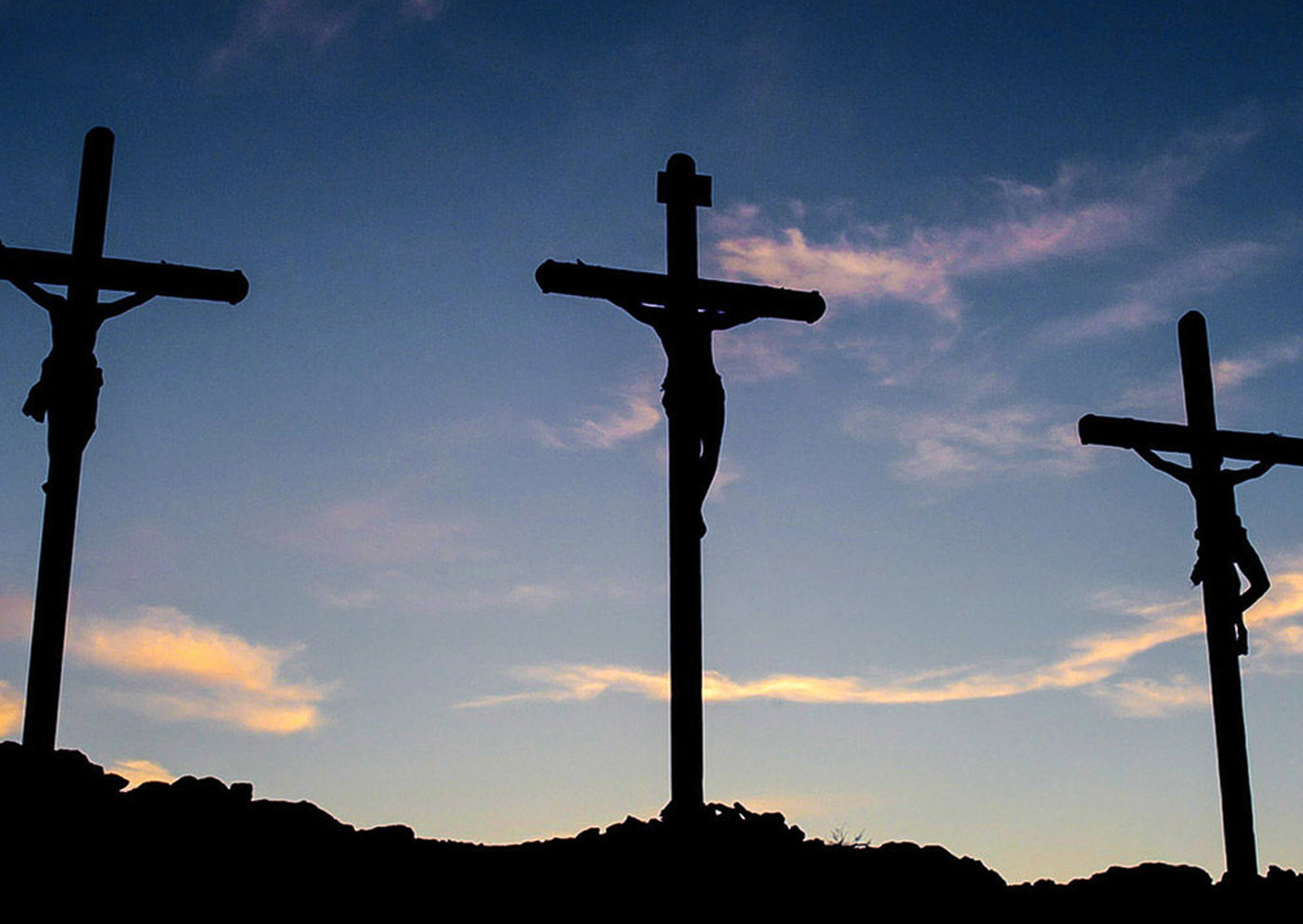 I can remember the time when this day was called Black Saturday because of a lack of understanding; yet there was a reverence for what was taking place, even a fear that God was dead. Nowadays, it’s just an ordinary day to many; stores are open for business as usual. There’s growth in our understanding but also complacency because we don’t give respect to these holy days and the things of God. Shouldn’t we be preparing ourselves to hear from God and not from the phone or each other? We have lost sight of the things that are valuable. Do I really want to listen to God today or do I want to hear from friends in Facebook? I encourage you to listen and focus on the message of God.

The thought that comes as you read the Gospel readings from Matthew and John is where were the twelve disciples in all this? Peter, James and John – the closest to the Lord – why were they not involved in the burial of Christ? Why were they not there to take care of His body? They were in hiding because of fear. Nothing happens without reason and most of the time, we don’t pay attention to the reason behind the events. Because the disciples were in fear and in hiding, the door was opened to meet the need of the moment. Joseph of Arimathea stepped in, a man respected by all. He was like a senator, and because of this, he could approach Pilate to ask for the body of Jesus to bury it. Joseph could do this because of his stature. A senator could approach Pilate. He also had guts; he risked his life by going to Pilate. The Jews could kill him for doing this. The disciples could not have approached Pilate the same way. This was God’s purpose.

This sets a pattern for us. When we’re born again, we have to stand for what we believe in and not be like the disciples who should’ve been there for the Lord. Joseph boldly went to Pilate out of love for Christ. He asked Pilate for the body and he took the body and wrapped it in a clean linen cloth and laid it in his own new tomb. The Scriptures are very specific. It was “the body” and not Christ that was taken and laid in the tomb. Christ was still alive, much like the candle that continues to burn on the altar. In the same way, we, too, when we die shall continue to live. This is our hope. Christ did not die. They took His body but His Spirit lived on. What they did – wrapping in linen cloth and laying in the tomb – was for the body.

Another reason why Joseph of Arimathea had to take the body is if the disciples did it instead, the people would say that Jesus’ disciples took the body, and when He arose on the third day, the wouldn’t believe it. They would believe it if it were Joseph. God took special care about the resurrection so that it wouldn’t be dismissed as a myth.

Christ was laid on a tomb that was never used. From the “womb to the tomb”; born of a virgin, Jesus would die and be laid in a “virgin” or unused tomb. This speaks clearly to us of the perfection of God’s plans. Joseph’s tomb was in a garden. The first man was created in a garden. What Adam failed in, Jesus redeemed. This is the beauty of the choices made by God. Things happen for a reason. The burial of Jesus speaks of God’s ability, beauty and love.

Nicodemus was another secret follower of Christ. The ones who were out front with Christ were not visible at this time. Instead of seeing it as a failure, we see it as God’s plan to protect the resurrection with credibility. Nicodemus brought a mixture of myrrh and aloes, “about a hundred pounds weight”. The body of Jesus was bound in linen wrappings with the spices, symbolizing cleanliness and righteousness. It was a glorious burial. This was prophesied by Isaiah who said, “And His resting place will be glorious” (Isaiah 11:10). The tomb where Jesus was laid had been hewn out in a solid rock; nobody could sneak in or sneak out. The spices they put in His body with the linen wrappings were a hundred pounds in weight. That was a lot of spices! This meant that His death didn’t smell because His death was meant for our redemption. This was also part of God’s plan. The disciples had to be outside for a while and those not normally “valued” in ministry were brought in to serve the purposes of God. Sometimes we get upset when someone else does what we should be doing. Maybe we couldn’t have done it as well as they did, and we should be thankful that God sets the course and direction with glory and beauty. So we see the events of this day as preparation for what would happen later in the Lord’s glorious resurrection. We see Christ’s body being brought from the cross to the tomb by a man of high standing.

Another thing worth noting is the ladies were there when Jesus was laid in the tomb. Where were the men? Shouldn’t they have been there up front? This challenges us to be committed to the task given to us by God; but whether or not we do our part, God will fulfill His plan. Joseph knew that he risked his life by doing what he did for the Lord, but he didn’t care.

Joseph means “increased”. This shows that the death of Christ wasn’t a loss but a gain. Nicodemus means “victory of the people”. Christ’s death is a proclamation of victory and hope. His death is an “increase” because with His death and resurrection, Christ destroyed the power of the enemy. When it seems like things are dark and nothing’s happening, don’t panic. God is at work and He will not fail to accomplish His plan. The disciples didn’t do what they were supposed to do with the body of Christ after He died, but that didn’t stop God from fulfilling His plan. What happened at that moment was Christ was taken to hell and while there, He “made it hell” for them. He tore down the gates and released hell’s prisoners in justice and mercy. This shows God’s fairness. It’s true that Christ didn’t come right after Adam’s failure, but God gives equal opportunity to all. In my imagination, Christ was taken to hell and the demons were having a party because they thought they had won. Then Christ was there and this changes the scene because He is alive and He destroys the power of the devil and releases all the captives. The next day, He comes back to earth and proclaims, “I have conquered hell, death and the grave!” It may be dark right now, but the light will come soon.

People no longer relive what happened this day. They want pleasure so they go out of town. We have lost sight of what God has made us to be. We lack in no good thing, yet how often do we confess, “I can’t!” The events of this day prepare us to be witnesses of God. Even if it’s dark this day, we wait patiently because on the third day, the Lord’s body will come alive again. This is why the body was laid and prepared in the tomb. God was going to raise it. We have much to be thankful for because tomorrow, He would show Himself alive. Nothing could hold Him in; not even the tomb. This shows us that nothing is impossible. After His resurrection, Jesus went to the disciples in the room where they were gathered. This shows us that no doors can be closed to us.

This is a day of victory. The body of Jesus was not in the tomb. He was at work. This is my understanding: when we bury our dead, they are not there. Death has no victory. Life is victorious because Christ gives life. May this day bring us joyful expectation.