All Hail The King 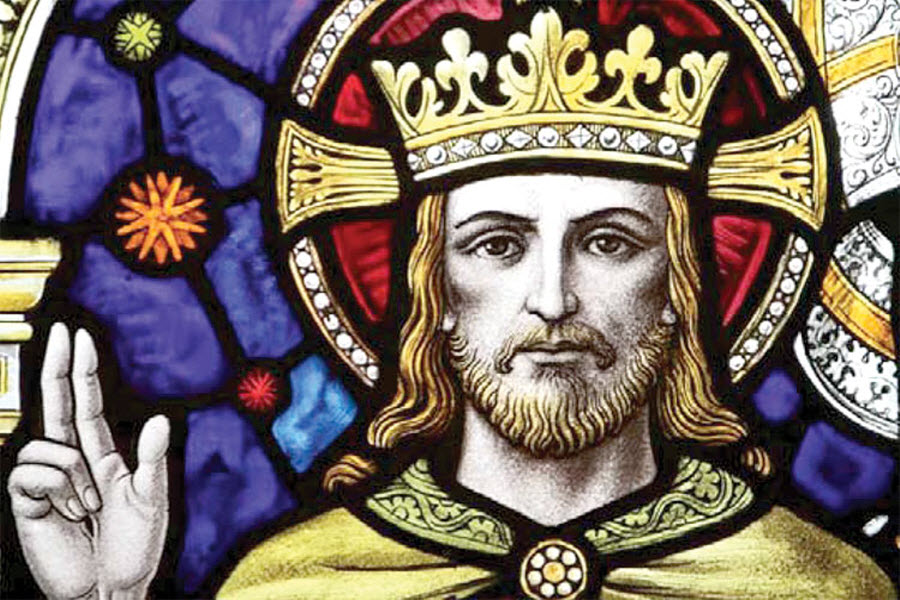 God is the source of all things and has provided us with everything we ever need. Having this knowledge should tell us that Christ is King. The kingship of Jesus should give us an assurance, security and hope.

The word, “King” comes from the Greek word, ”Basileus,” meaning, King or emperor. Therefore, “Basileio” would be kingdom. Basilica is church. So everything is tied together as one. They are not separated. The Kingdom, Church and Christ .

The earth belongs to God. Nothing that exists in this world belongs to man. All things belong  to God, and Christ is the King. A King rules a kingdom and maintains peace in his kingdom. He makes sure that his people are benefitted from his leadership.

From the very beginning of time when God created man, Adam was in total peace. He had everything, and was not in lack. Even the animals respected him. He named all them. There was balance in all things, because God created all things to be good. It was man who destroyed this balance.

In the olden days, armies were being prepared for battle. They were equipped to conquer and bring back the spoils of the battle and present them to the king. In the same manner, Christ has equipped us for battle, and to be overcomers, We cannot be overcomers until we have won in a battle, Christ, thru the cross, gave us authority over all things. He gave us gifts to be overcomers. The spoils of our battle should not be for our glory but bring glory to God.

In Revelations 1:5 – “Jesus Christ is the Ruler of the kings of the earth.” He is not merely one of the kings. He rules over them all. We are further encouraged to “be strong in the Lord and in His mighty power, to put on the full armor of God so that we can stand against the wiles of the enemy,” – Ephesians 6: 11-12

In the days of old, Israel was ruled by judges and prophets. But the people wanted a king. God made known to them that if they had a king, the king would take advantage of them and not think of their welfare. But if they had God as King, they will be benefitted. The difference between God’s kingdom and man’s kingdom is that God does things for our good, while man does things for himself.

Zechariah 9:9 – Rejoice greatly, daughter of Zion!  Shout, daughter of Jerusalem! Behold, thy king comes to you, righteous and victorious, lowly and riding on a donkey.” Donkeys were symbols of service and peace.

Christ’s three years of Ministry showed His power and purpose of bringing benefit to the people. This is why people were aware of Him and somehow knew Him as “king.” Christ is the king of our lives because life comes from God.

He gave us godliness, blessed us with every blessing in heavenly places. He gave us holiness and blamelessness. He paid the price for our sins. He adopted us as sons. He freely bestows upon us, grace. He forgave us. He restores and builds. He gives us wisdom to know how things work; how things should function. He’s given to us an inheritance for all eternity. He sealed us in Him.  The sign of the cross is the seal. He makes sure that the enemy cannot charge us. He gives us the Holy Spirit to dwell in us, empower us and to give us wisdom. He gave us a new life.

We are to be strong in the Lord and in the power of His might. In the darkest hour, God will rescue us. In His kingship, He takes care of us. Therefore we should submit to His kingship.

We should believe that all things are possible because Christ is King and He will not fail to fulfill His promises. We should be thankful in all things by giving Him all the praise and honor that belongs to Him.