As In Heaven, So On Earth 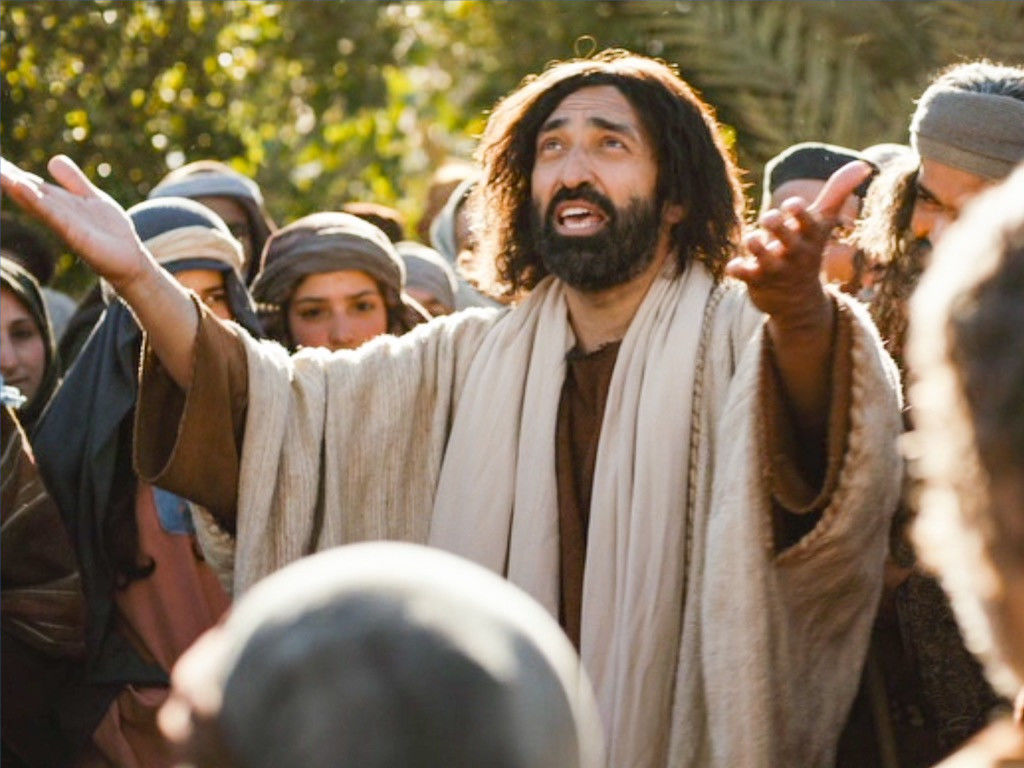 From the beginning of creation, the plan of God was for us to be created in His image and likeness. That statement set a standard by which God would function at all times. He doesn’t see us as separated from Him. When Adam and Eve fell, we were separated from God for a period of time but He sent Christ so that He could restore us into a relationship with Him. Scriptures, especially the writings of Paul tell us that we have become one with Christ. In that oneness, all that Christ has done has been given to us. He has taken away the sin, gave us new life, bestowed on us all authority over all things and blessed us with His presence in our lives, with the Holy Spirit empowering us. We have been created and called into partnership with God. In a partnership, the partners work together in unity to attain success. We are one with the Father; God is always with us. Jesus said He will never leave us nor forsake us. If we feel sometimes that we are alone, separated from God, it’s because we’ve allowed the things around us to separate us from Him. Most of us begin our day reading Scriptures and praying, but as soon as we finish, we forget and live according to what our mind tells us. Failing that way is sin because we separate ourselves from God. The Gospel tells us about Jesus separating Himself from His disciples to pray. He did this often, going to the mountains or to an area where He could be alone to pray. Before facing the cross, He prayed in Gethsemane. It was in praying that He gained direction for the life that He was to live. Without prayer, we would be in the wilderness, without direction. The disciples had been with Jesus for sometime and they noticed that whenever He prayed, great things would happen – He healed the sick, raised the dead, fed the hungry, etc, because of His partnership with the Father. When Christ was here on earth, He was flesh like us, showing us our potential and how we are to live. God showed our partnership with Him by sending Christ to identify with us. Often, we don’t see this; we think we’re alone. The truth is we’re in a relationship with God; in partnership with Him. He’s with us to guide and lead us.

In the Gospel after Jesus finished His prayer, one of His disciples asked Him to teach them how to pray. Have they not been watching and listening to Christ? Perhaps they didn’t understand everything, so they asked Him to teach them how to pray. The prayer in Luke is a bit different from the prayer in Matthew, but they are identical in principle. Jesus begins the prayer with “Our Father”. He didn’t say “My Father” but “our Father”, showing us that there’s no separation, but that we are one with Him. His Father is also our Father. There’s only one body and we have one father. It’s very important that we grasp this truth – there’s no separation. We are part of the body, never alone. From the very beginning of the prayer, He wants us to understand that we are family, in partnership with Him. It also shows us an order for life. Before we ask Him for anything, we must bring honor to Him and acknowledge who He is. “Our Father who art in heaven, hallowed be Thy name”, giving Him the reverence and respect of being the One we look up to, giving Him the proper place in our lives. We don’t just barge in and ask. We don’t enter that door without honoring Him for who He is. The term “Father” isn’t just a name but a proclamation of His character – provider, protector, confidant, faithful, understanding, compassionate, merciful, trustworthy, and He delights in supplying our needs. This is what it means when we say “Father”. He isn’t distant; He cares for us. Jesus understood that if He were to survive as man, He must first give honor and respect to His Father.

In the Old Testament reading, after Abraham gave honor to and took care of the three guests, he went with them to Sodom and Gomorrah to show them the way. On their way, he was talking to the Lord because he was “walking with Him”. In Colossians, walking in Him refers to a daily walk with Him, listening to Him all day long, aware of His presence and guidance. We don’t do our own thing. Many times when we pray, we pray for ourselves first. But prayer isn’t primarily ‘for me’ but for others. The Lord’s Prayer is a pattern for prayer – first, we honor the Father, and not just in our prayer but in our lives; He comes first. Only then will we have an open door to present our needs.

“Hallowed be Thy Name. Thy Kingdom come….” His Kingdom coming into our lives means we put others first before our own needs. This is what the Kingdom of God is all about. He isn’t our Father because He created us but because of our relationship with Him, honoring His Name and holding it in reverence and respect. His Kingdom comes into our lives now, not later. Our lives should be reflecting His Kingdom now so that we can help others seek Him and know Him, because they see His peace and love in us. We’re in this war but we know it’s temporary because our Father is protecting us in His tents, and we’re going to win the battle.

“Thy will be done on earth as it is in heaven”. This is our hope. We’re not subject to the enemy any longer. Christ defeated him and destroyed his power. That power has been given to us. All authority in heaven and earth and under the earth has been given to His Church.

“Give us this day our daily bread.” This is talking about what we need today for our life – strength, wisdom, etc, – and not bread from a store. In Luke, it says, “Give us day by day our bread.” We can’t handle every day’s bread at one time. When God gave Israel manna in the wilderness, He did it daily. They couldn’t take more than what they needed for a day because it will spoil. Don’t think about tomorrow until today is finished and don’t put off till tomorrow what you can do today.

“Forgive us our debts.” This doesn’t refer to money we owe but the debt we owe Him to live the life that He has given us. When we fail to do that, we are indebted to Him. “As we forgive….” He forgives us, so we also ought to forgive.

There’s a controversy in this prayer. “Lead us not into temptation….” The Pope has said that that’s wrong because God is a God of love and He wouldn’t lead us into temptation. I’m not making judgment but in Scriptures, Jesus was led by the Holy Spirit to the wilderness to be tempted. What’s the purpose of temptation? It is for us to use the power that God has given us to overcome, like Jesus did in the wilderness. He stood on the promise of God for every temptation thrown at Him and the enemy fled. The temptation didn’t destroy but strengthened Christ. It isn’t necessarily that God would lead us into temptation because we are already in the midst of it. He doesn’t lead us into but through temptation, and we’ll come out victoriously if we stand firm on God’s promises. Psalm 23 says He leads us through the valley of the shadow of death. I’m not saying that the Pope is wrong, but I’m looking at what Scripture tells us.

While waking with God, Abraham asked for the redemption of Sodom and Gomorrah. He started asking God to spare them if there could be found 50 righteous people there; then he went down to 45 till he reached 10. He was interceding for Sodom and Gomorrah. Lot and his family were there and he didn’t want them destroyed. This is how it should be also with us – we pray for others and not so much for ourselves.

I conclude with a very powerful message from God. When Jesus sent out His disciples, He asked them to minister to others – proclaim that the Kingdom of God is here, heal the sick, and take care of their needs – and not think of themselves. I remembered a song from the past and I believe God wants us to hear this – “As In Heaven” by Steve Fry.

As in heaven, so on earth
Show your Kingdom through Your Church
Alive that the world may behold
May we be a body yielded to the head who is Christ Jesus
Until all men see the glory of the Lord.

What a powerful message to us, the Church. We should be the instrument of God’s love and compassion in behalf of others. They are watching us. How are we responding? It isn’t easy. We have to be in touch with the Master to be able to live in love in the midst of a world where people seek to destroy us. But the Holy Spirit is in us to empower us to be what God created us to be – His instruments of love.