Awake! Put On Your Glorious Clothes 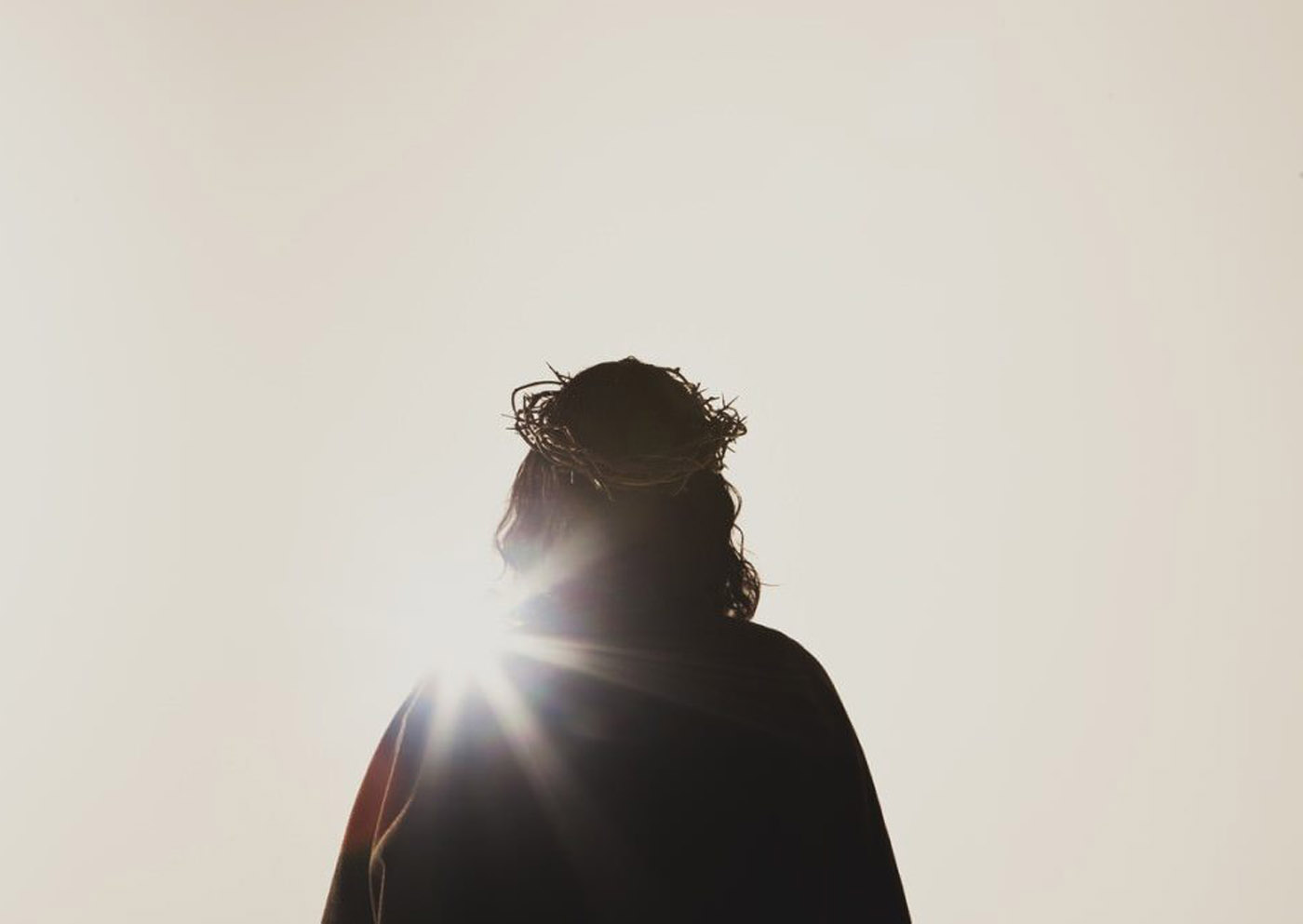 We renew our covenant with God on this day, a day which reminds us of God’s love and commitment to His creation. For some, what happened this day is just an event – Christ was resurrected from the dead – but it has so much more meaning to us. In the Old Testament, God spoke to Moses as Israel was getting ready to leave Egypt: “This is the beginning of your life. This is the first day of the month for you”. This day of the resurrection is much the same way for us. On this day, God proclaims to us that the old things are gone and all things have become new. It was not an accident that the resurrection took place on the first day of the week. Nothing happens by accident with God. The first day of the week marks a new beginning for us and at the very beginning, in creation, God created man like Himself, in His image and likeness; not to be in bondage but to walk in newness of life and in dominion over all creation, to be fruitful and multiply, fill the earth and subdue it. This means God granted man authority and dominion over His creation, and not to be in bondage and slavery. Jesus paid the penalty for our treason; wiped away all the wrongs that we’ve done. With His resurrection, He conquered hell, death and the grave, and nothing of the darkness was left in dominion after this. He took our sin, failure and rebellion to the cross and He paid the price to deliver us and set us free from what was against us because of what Adam did.

“Awake, awake, clothe yourself in your strength, O Zion. Clothe yourself in your beautiful garments, O Jerusalem, the holy city” (Isaiah 52:1). Isaiah spoke of this prophetically to us. When Christ took away our sin, wiped away our rebellion and treason, He gave us new life, and now we’re challenged to rise above the condemnation, depression and the guilt that we’ve been living under. “Awake! Awake! Put on strength.” We now take upon ourselves the character of God and put on our beautiful garments of hope and confidence; no longer wallowing in the mud; no longer being put down. Jesus told His disciples that “all authority in heaven and on earth has been given to Me and now, you go in that authority”. We should realize who we are. We’ve been set free and perfection is now in our DNA. “It is already the hour for you to awaken from sleep; for now salvation is nearer to us than when we believed. The night is almost gone, and the day is near. Therefore let us lay aside the deeds of darkness and put on the armor of light” (Romans 13:11-12). This is the hope He’s given us; He has transferred us from the domain of darkness to the kingdom of light. Sadly, most of us don’t realize this. What we keep in our hearts are failure and defeat and we see life as being hard, and this comes true for us because “as a man thinketh in his heart, so is he”.

We should listen to what God is telling us on this Easter day: He has paid the penalty on our behalf. He has taken upon Himself our pain and sorrow. Notice the picture of the cross – His hands are outstretched. This reminds us of Moses and Aaron when Israel was in battle; how that when Moses’ arms were up, they were winning, and his servants held his arms up until the battle was won. In the same way, Christ raised His hands high until He won the battle. He wouldn’t give up until He said, “It is finished!” And even then He wasn’t giving up because He had won. Yes, He was nailed to the cross, mocked, beaten and in such unimaginable pain, but His hands were raised high so that the victory would be given to His people; so that we would overcome what was holding us in bondage and slavery. “The Lord has bared His holy arm. Shake yourself from the dust.” Don’t stay in the dust. We’ve been given the choice and the ability to shake ourselves from the dust. Things may not be all good at this moment, but don’t give up. Keep working and challenge yourself to rise up from where you are today. Tomorrow can be a better day for us. Yes, we have to walk through the changes. Scripture says we change from glory to glory, not from failure to failure. Sometimes we think we’re going to fail because we didn’t get formal education, we don’t have money or our family is not famous. Those things don’t stop us; what stops us is our way of thinking.

“Therefore if you have been raised with Christ, keep seeking the things above where Christ is, seated at the right hand of God” (Colossians 3:1). We don’t set our minds on failure and defeat, but on victory. Yes, we may be in pain today but it can’t stay because Christ brought us healing by the stripes He bore. We can give up; it’s our choice. But it isn’t what God wants us to do. He took away our weaknesses through His Son and He wants us back into His family. “In Him you have been made complete and He is the head over all rule and authority” (Colossians 2:10). He regained all that was lost by Adam. When He went to hell, the powers of hell thought they had won, but in a moment of time that all changed. Hell lost because Jesus conquered death in the power of the Father and destroyed the works of the enemy. The works of the enemy are all around us but they are only able to deceive us if we will allow it. What God has given us is greater because He is with us. This is the assurance that Easter has given us. Christ delivered us from the domain of darkness. “For it was the Father’s good pleasure for all the fullness to dwell in Him” (Colossians 1:19). Adam failed but Christ came to return all things back as they were in creation. It was the Father’s good pleasure to take away our darkness, despondency and despair and replace them with hope that will not disappoint. “And through Him to reconcile all things to Himself, having made peace through the blood of His cross” (Colossians 1:20). Listen to this promise. He has given us the hope to bring us to the place of blamelessness and righteousness. Ephesians 1 tells us that even before the foundation of the world, He already set the course for us to become blameless and holy, and God will not change what He’s given us. We were given everything pertaining to life and godliness, yet many of us today are asleep to this truth. It’s much like someone putting P1billion in your bank account, yet you continue to live in poverty. We’re struggling, despondent and in despair when God has given us new life through Christ’s resurrection. We have to hold on to what we’ve been given by faith. We don’t give up when things seem to go wrong because they are temporary. Psalm 23 tells us that He won’t leave us in the valley of the shadow of death; in a place of despair and despondency. Yes, He takes us through it, but it is only because He wants to build up our faith.

“And have put on the new self who is being renewed to a true knowledge according to the image of the One who created him” (Colossians 3:10). We are being transformed to the image of God. God in Christ is restoring man to the image of perfection and the place of dominion that were lost when Adam failed. It’s our responsibility not to give in to our circumstances but to take authority and control. The true mystery in our lives today has been revealed – “Christ in you, the hope of glory”. Yesterday when we were talking about the death of Christ, we read from the Old Testament the prophecy that His grave will be glorious. Because it was through that grave, at the time that we thought He was dead that He conquered and destroyed what was against us. He set us free in the midst of that despair. His body died but He didn’t; He was setting us free all that time.

Scripture says take care what you listen to. What are you listening to – the failures of the world, the despair? I heard a doctor on TV saying that we must not be angry or listen to something bad before going to bed because we won’t be able to sleep well if we do. It’s what we always listen to that we keep in our hearts. Plant only good things in your heart. Be careful what you listen to. Listen only to what God has done for us. We need to plant hope in our hearts. We should be focusing on the things of God. Easter is here to remind us that God has set us free; He gave us new life. People will tell us things that will bring despair; don’t listen to them. Yes, we may face challenges, we may face difficulties and sometimes fail but we hold on to the truth. Christ has set us free. There will be days when there’s no money, there’s pain, people are mean to us, but in the midst of all that, we hold on to the truth: we have been set free. Take care what you listen to. By your standard of measure, it shall be measured back to you. You’ve heard me say many times that we sacrifice to send our children to universities, but will we do the same about the ways and principles of God? How much time do we spend to know God? When we did the syllabus for the Academy, we changed it to focus on knowing God, because if you know God He will reveal to you secrets that you can’t get anywhere else. God is the source of wisdom. He created everything, including us and He’s the only One who can bring healing and bring out what He put in us. We have to get plugged into God because this will bring hope into our lives. Christ gave us new life. It’s ours. Let’s use it. Let’s arm ourselves with what He’s given us. Let’s put on our glorious clothes. This is what Easter is all about. May this day be the first day of your new life. May we bring all the glory and praise in our lives to our loving God.