Bearing Fruit As Our Evidence Of A Good Life 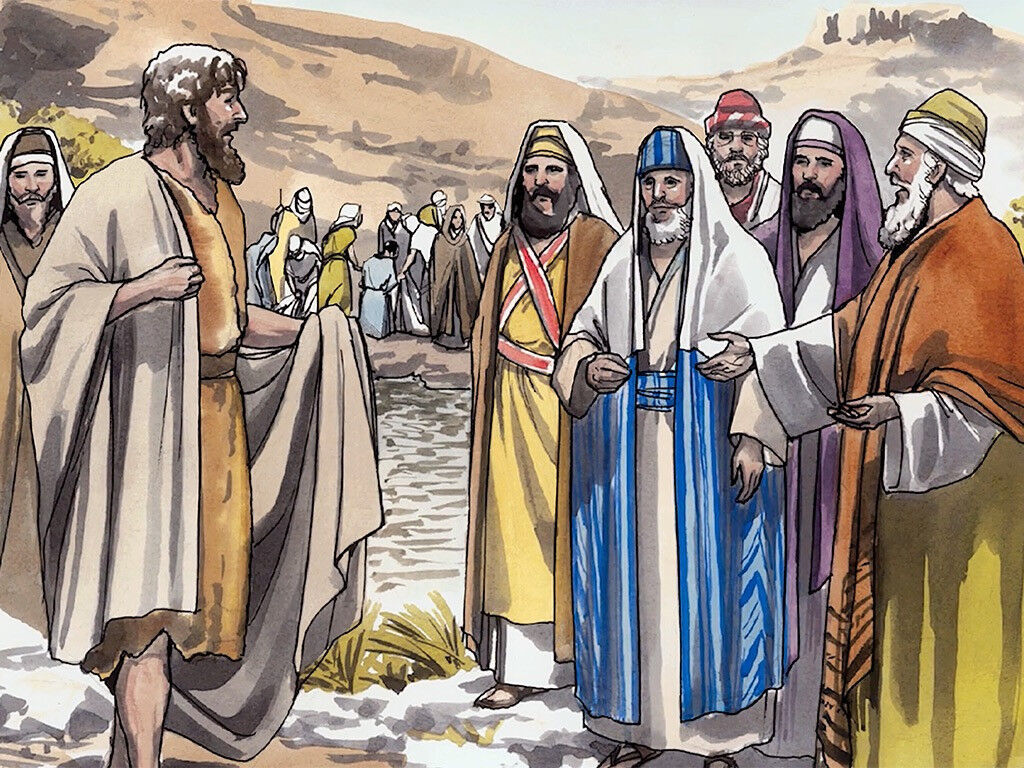 The coming of Christ is something that mankind has been hoping for. To this day, mankind is still waiting. Are we prepared to meet Him with joy? There should be an excitement within our hearts. John the Baptist was given the task to prepare the way. He had no scholarly background, his father was an ordinary priest. We had been told that an angel appeared before Zechariah his father, that his wife was going to give birth to a son, who would be named John. And that, because of Zechariah’s skepticism, he would lose his voice temporarily and that his voice would only return when John was born. John spent most of his time in the wilderness. He would eat locusts and wild honey for sustenance. He wore clothing made out of camel’s hair. He lived a very simple life and yet he was chosen by God to be a prophet. Even without theological training, God equipped him with knowledge and understanding.

It was said that a group of Pharisees and Sadducees approached him once and John confronted them by saying, “you brood of vipers, how can you who are evil say anything good? For the mouth speaks what the heart is full of.” He knew that even if these religious leaders were law keepers and promoters of tradition, they were corrupt, legalistic and hypocritical. They were making things most difficult for the people. John was tasked to baptize people. He was doing this to only “cleanse” the people but there was One coming after him who would be more powerful, One whose sandals he said he was not worthy to untie. John was literally saying, why are they not bearing fruit. The tree that does not bear fruit will be cut down. Israel had been a very blessed people. God had blessed them tremendously. They had been given the land of promise, a land filled with milk and honey. Even during the time of David, there was prosperity. And in the time of Solomon, who was very wealthy, the people were very blessed as well.

Today, are we not a blessed people when we have received so much from God – receiving the new life from Him? If we are not living the life of Christ, aren’t we just like the Pharisees who are not bearing fruit? God has given us new life so why do we still condemn and belittle ourselves when God has chosen us to demonstrate His greatness to the world? The reason why the world is in the condition it is in right now is because we Christians have not been showing them the right way. So, John was asking them why are they not bearing fruit if they had been given much? What then is the evidence of a fruitful life? He said, if you have two tunics, give one to the one who does not have. Tax gatherers should not take more than what they are suppose to take. We are to live a pure life before mankind so that people can see God’s greatness. John further told the pharisees that God can take these stones and make them favorable to Abraham. Abraham who was not a Jew, was given the name, “father of many nations.” It meant that many nations would be blessed through him. What are we to do? What should be the evidence? Matthew 28:19 Therefore go and make disciples of all nations, baptizing them in the name of the Father and of the Son and of the Holy Spirit.” It is not enough to just be baptized. Beyond baptism, there is the requirement to live out the life God has given to us. The challenge for us is that we should not be like the world. We should be different.

Theology will not save us. It is the salvation of God that will. It was written in the parables that there were laborers in the vineyard were given specific amounts of money to take charge of the goods of the owner. The ones who invested wisely and retuned the investment with profits the owner was pleased with them. But the one who did nothing was cast out. We should be fruitful and multiply. Developing life and provision for others. We should not be concerned for ourselves only but be concerned for others. As we continue to prepare ourselves, we need to manifest the hope, faith and joy that’s been given to us. We have been given much. What are we doing with the gifts God has given us?

A Commitment Without Wavering

The Holy Spirit Guides Us Into All Truth