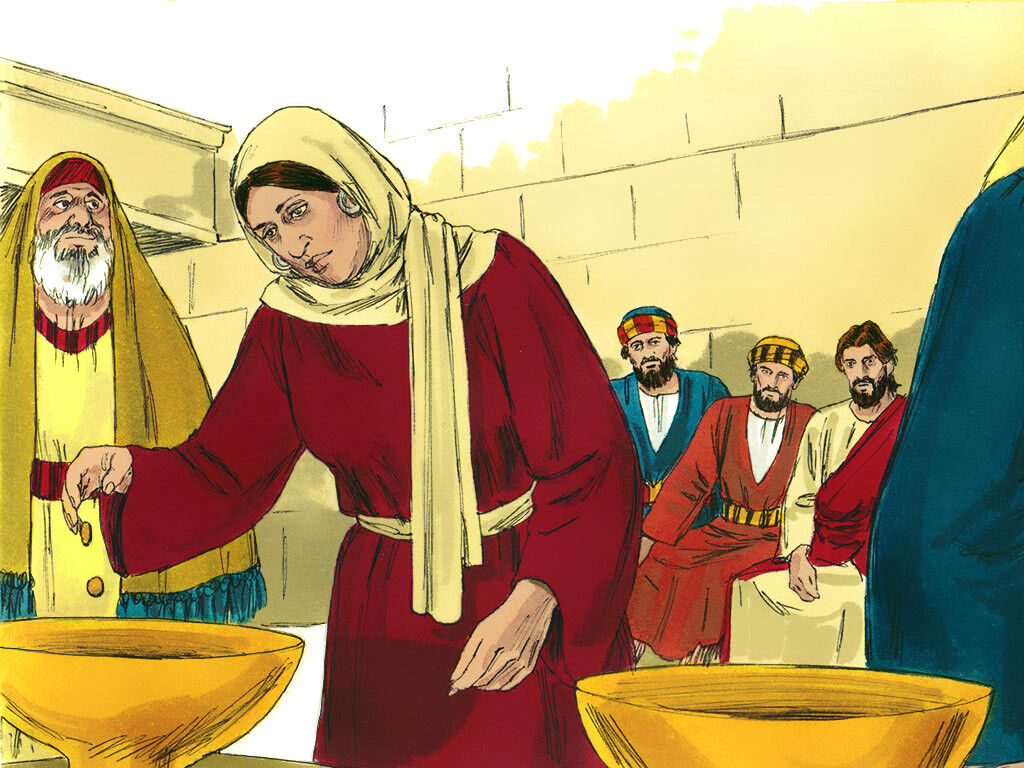 The Word of God reveals to us His power, compassion, His might, His love. Following His accounts each week, we now see Jesus coming to Jerusalem and He discovers what the people were doing in the temple. There were money changers and people selling lambs. So, He had to cleanse the temple, to make sure that it would be a house of prayer. In essence, He is speaking to us today that our own temple should be cleansed. That we should bring honor to His name. After this, the people were wanting to know what He would be saying, ‘especially concerning scribes and p[harisees. He then says, “beware of them. They like to be seen in long robes even in the market places. They like to be the center of attention in banquets and that they have to have special seats. In the synagogues, they seek to be honored. They would even go to the houses of widows and would extract things from these poor women.

When He finished talking, He rested, and just observed people coming in with their offerings. There were 13 different spots which were shaped like trumpets where offerings were placed. The rich people were bringing in large sums of money. These weren’t tithes, but offerings to help meet the needs of the temple. As He was observing, He noticed a widow coming in quietly, and humbly giving her two small mites. He then called His disciples and said, “This widow has given more than the others. The rich people gave out of their abundance, she gave out of her need.” It was her attitude that Jesus was looking at. Her giving was an act of worship. The woman gave to honor God.

Matthew 23:2-5 The teachers of the law and the Pharisees sit in Moses’ seat. So you must be careful to do everything they tell you. But do not do what they do, for they do not practice what they preach. They tie up heavy, cumbersome loads and put them on other people’s shoulders, but they themselves are not willing to lift a finger to move them.

The greatest example of one who is truly a giver or a blessing is Christ. He gave His all.
He became poor so that through His poverty, we may become rich.
-Then there is the widow from Zarephath, who gave Elijah the last piece of cake that she had left for herself and her child. Because of her obedience, the jar of flour and the jug of oil did not run out and she had more than enough to feed her family for the rest of her life.
-Cornelius, who gave alms to the Jews as was written in (Acts 10: 1-2) “Now there was a man in Caesarea named Cornelius, a centurion of what was called the Italian cohort, a devout man and one who feared God with all his household, and made many charitable contributions to the Jewish people and prayed to God continually.” And God through an angel answered him, “Your prayers and gifts to the poor have come up as a memorial offering before God. (verse 4)
-The little boy with the loaves of bread and fish, who gave away his small lunch for the feeding of the multitude.
-Mary of Bethany who washed Jesus’ feet with her tears and wiped it with her hair.
– Mother Teresa of Calcutta who gave up her riches, became a nun and ministered to the poor all the rest of her life.

Ephesians 4:28 Anyone who has been stealing must steal no longer, but must work, doing something useful with their own hands, that they may have something to share with those in need.

Acts 20:35 In everything I did, I showed you that by this kind of hard work we must help the weak, remembering the words the Lord Jesus himself said: ‘It is more blessed to give than to receive.

We have been blessed from the beginning of time. God does not change. What He promised us from the start He will not change His mind. We are blessed to be a blessing.