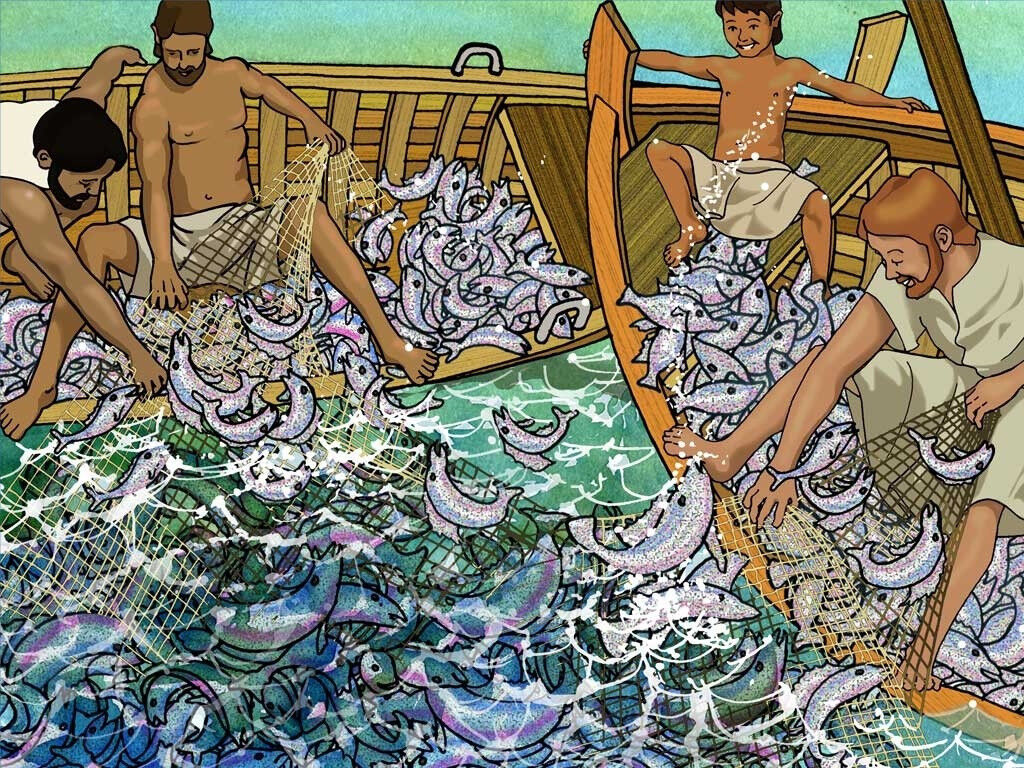 Easter is everyday of our lives. Christ Himself has spoken to us that He has already given us the wholeness of His life. Just believing alone is not enough. We need to act upon what we believe. Easter reminds us that what God has given belongs to us. It is our obligation to live out the life He has given us.

It is said that Jesus met with the disciples in the upper room twice after His resurrection. The first time He appeared before them, the disciples at first were still doubtful. In their own humanity, they had doubts. The 2nd time Christ appeared was when Thomas was around. Thomas had been absent the first time. After this, Christ leaves them again. The disciples were still unsure of themselves and did not know where to go. Peter decides to return to fishing. After all this was his occupation before he began to follow Christ. Soon after, the others followed him. They spent all night fishing but not one fish was caught. By dawn they were already exhausted and frustrated. Then Jesus appeared before them again, instructing them to cast their net on the right side. John was the one who recognized Christ. Peter, when he learned that it was the Lord, put on his cloak and threw himself into the sea. This was the third time Jesus had appeared to the disciples.

When Jesus speaks, it is with meaning. When we follow Him, we will make it through because the Lord’s words have permanency. The fishes they caught were large ones numbering to 153. But the net was not torn. When they were ashore, the fire for the fish to be cooked had already been prepared. Christ invites all of them to have breakfast together. There was no separation. They were going to partake of the meal together. It was a simple meal of fish and bread.

God will bless us in what we do. He will instruct us on how a task is to be carried out. We are not to misuse the gifts He gives us. Psalm 128:2 For when you eat the fruit of your labor, blessings and prosperity will be yours. In a family there’s a point that the children would have to become independent because they have now the responsibility to handle things by themselves.

Death may be a curse but we should not be fearful because Easter conquered death. Christ was recognized because He had the same body and reflected who He was. Easter should be a time of excitement for us. It should bring us peace and security. In all things we are victorious. We should hold on to that truth.

Hallelujah! He Is Risen!