Chosen By God To Bring Forth His Love 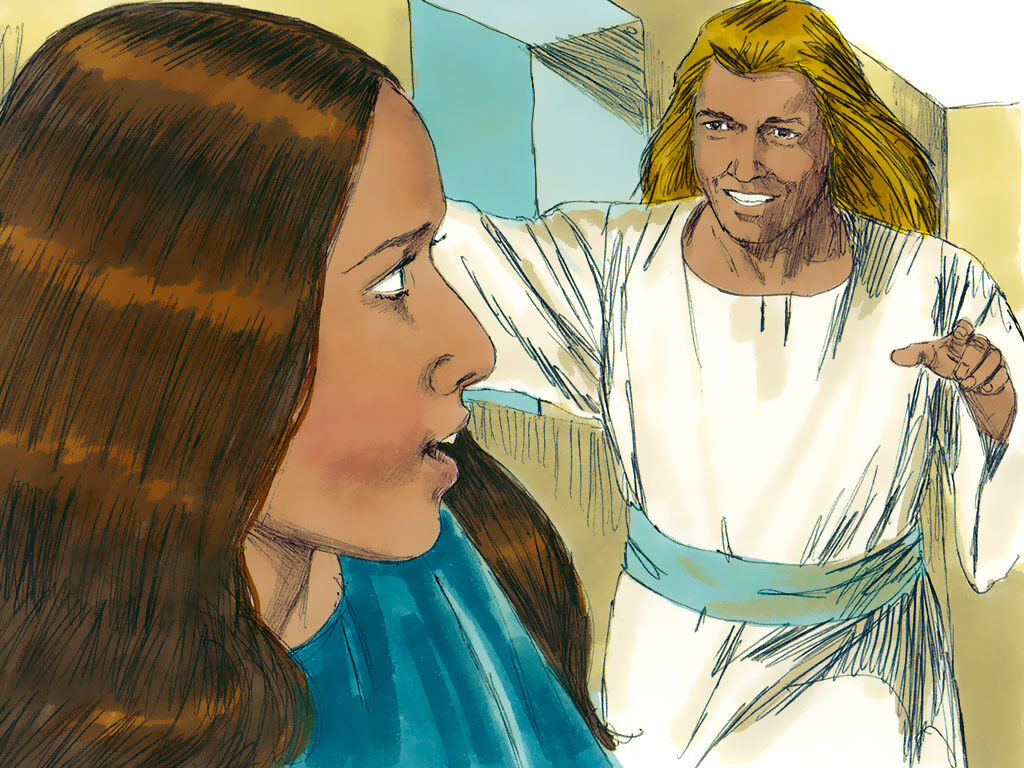 The candle lit today symbolizes love. When God has given every potential to man to live a successful life, even giving us His Son in spite of our rejections and denials toward Him, that is love. His love has never been seen among men. It is only His love who can forgive and restore us.

We are told that Angel Gabriel approached Mary saying, “Hail favored one, the Lord is with you.” Mary, upon learning that she was going to bear a child who would be the Christ, was shocked. After all, she was only a teenager. She had never been with a man and was very reputable. But though as young as she is, she was ready to take on the responsibilities of an adult, as she was betrothed to Joseph. So, the angel tells her that she was going to bear a holy offspring. She couldn’t really understand this because she was a virgin. Mary was struggling. Soon after, Mary was to visit her cousin Elizabeth in Hebron. When she entered the house and greeted Elizabeth who at this time was with child, the baby inside her womb leapt with joy. Hebron was a special place designated by God for significant events to take place. Abraham and Sarah were there, Isaac and Rebekah were there, Jacob and Rachel were there. These were the foundations. Hebron was also going to be the seat of David. Elizabeth then cried out with a loud voice, “Blessed is the fruit of thy womb.” What a confirmation that was to Mary, that she was indeed going to give birth to the Son of God, a Child who would be divine, who would be able to accomplish the things of God. Elizabeth was filled with the Holy Spirit when she spoke these words; “how is it that the mother of our Lord would come and visit me? Blessed are she for believing that the Lord would fulfill His promises to her.” Such a challenge this is to us today. Do we believe in His promises? God chose a simple young lady to be the mother of the Christ Child to be born. And she accepted this by faith, by believing even without fully understanding the pain and suffering she was going to go through in the future. Colossians 3:12 Therefore, as God’s chosen people, holy and dearly loved, clothe yourselves with compassion, kindness, humility, gentleness and patience.

Just as God has chosen Mary, He has chosen us. Shouldn’t we be so excited in each of our lives, knowing that He has impregnated us with all the good things we need, that there should be such an excitement and great expectation within our spirit? Some may ask, “but why is there so much pain in the world?” God has given us the ability to conquer problems, to face the issues head on. He did not promise us a world that is filled with a bed of roses. There will be the difficulties, the trials, the hardships. But amidst all this darkness, pain and evil, He has given us the ability to overcome because He has overcome the world. Isaiah 41:9 “I brought you from the ends of the earth and called you from its farthest corners. I said, “You are My servant, I have chosen you and not rejected you.”

There is a story in the Old Testament about Joseph who was known as the dreamer. His brothers were all jealous of him because he was clearly their father Jacob’s favorite. They became even more indignant of Joseph because of his dreams. In one of his dreams, it showed that one day the eleven brothers would all bow down to him. The brothers then started scheming on how they were going to get rid of Joseph. They sold him to Muslim traders who were heading for Egypt. The merchants then sold him as a slave to Potiphar, the captain of Pharoah’s guard. Joseph did a great job working for Potiphar. He was trustworthy and hardworking and gained the favor of Potiphar who promoted him and made him head of the entire household. Joseph was to be in charge of everything Potiphar owned. Joseph was good-looking and his master’s wife was enamored with him. She tried to seduce him on several occasions but Joseph refused each time. He knew that it would be sinning against God. Potiphar’s wife was not about to let this just go easily so one day she grabbed his cloak and accused him of abusing her. Potiphar had no choice but to send him to prison. Inside the prison however, he was able to interpret the dreams of two fellow inmates; the cupbearer and the chief baker. Then one day he was called to interpret Pharoah’s dream. This left such a great impression on the Pharoah that he made Joseph second-in-command in Egypt. Joseph may have lived a life of being mistreated and bullied by his brothers. But because of his humility and the fact that he was never bitter, God granted him the second to the most powerful position in the land., fulfilling a dream he had when he was still living with his family.

Today, we are to proclaim God’s excellencies. (Romans 12). We should not allow the enemy to rule our lives. A time is coming in the future when God will ask us, “what have you done with what I gave you?” We should bring forth the love and the light which should shine in the darkness. We have the responsibility to live out the light. This is what Christmas should be about. We must begin to evaluate our own lives. We have been chosen. What should we do?