The Church: Interceding For the World In Love 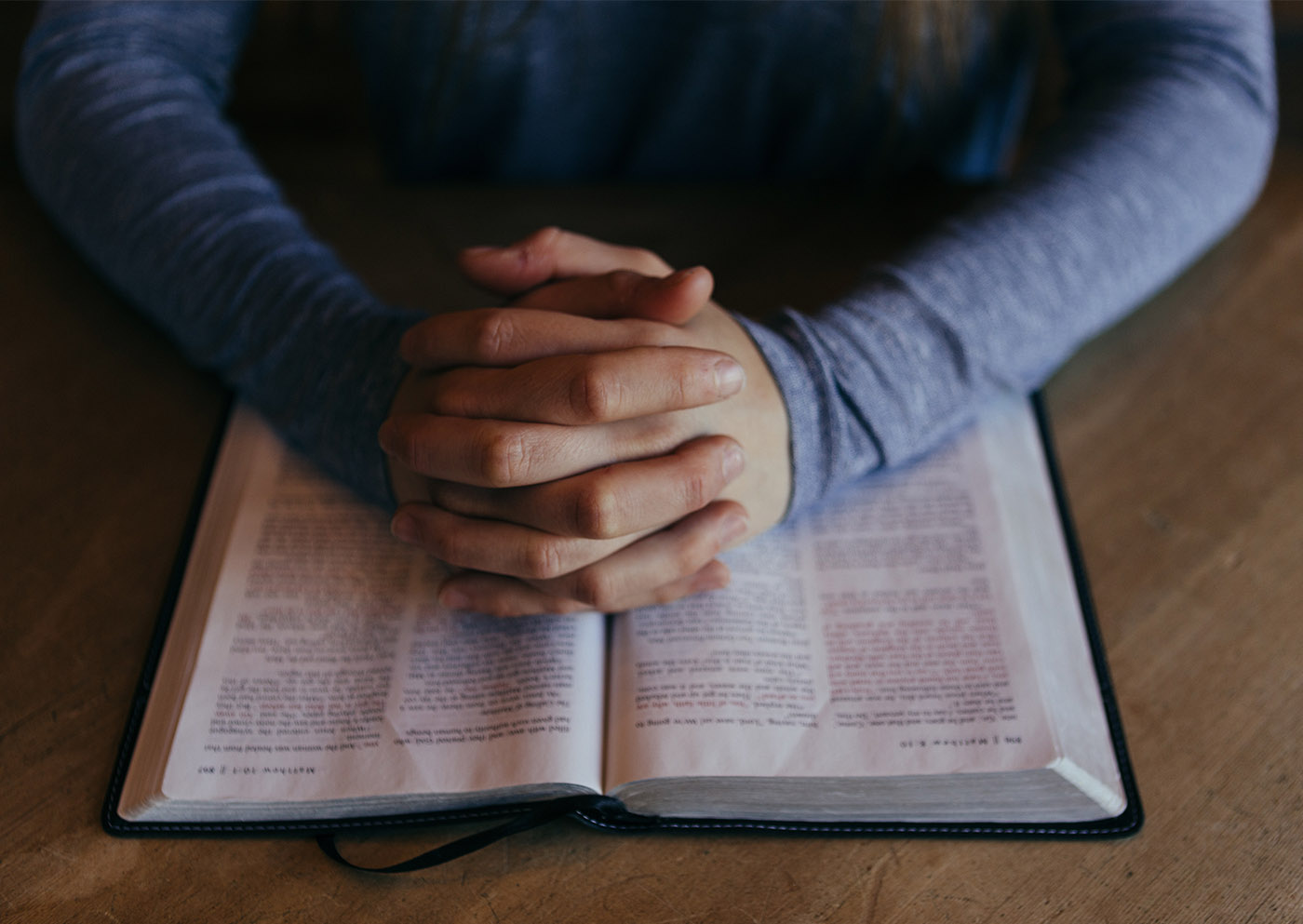 We are on the 17th week in Ordinary Time and we acknowledge that time should be changing/transforming us. We aren’t without ability to think and change. God has given us life. When He said to man at creation, “Be fruitful and multiply”, He gave us the ability to change and grow. This ability covers every aspect of our lives. Therefore, we must constantly be moving forward and not be unchanging and stagnant. When Christ came, He showed us who we are; that we were created in the image and likeness of God, and therefore we are to walk like He did when He became man. We’ve lost sight of this. The world can’t stop us if we believe this. Christ walked on this earth to destroy the works of the devil, and He has given us the ability to do the same. With God, there is a progression from glory to glory. Therefore, in our lives we can’t go from glory to defeat. Some think that once they’ve reached the “top”, it will be downhill from then on. This is not so with God; not if we believe in what He has done for us.

In Exodus 32, we get the impression that God is angry. But how can God who is love be angry? What Moses did for the people in today’s reading speaks to us of Christ and what He has done for us. What happened when Moses went up to the mountain and was delayed in coming down shows us how the people have become dependent on his leadership. When Moses passed on God’s instruction to each household to slay a lamb and be ready to leave, they obeyed. On the Red Sea, they crossed over as Moses instructed them to. We see in these events leading to Moses’ going up the mountain a growing dependence by the people on his leadership. This explains why the people felt lost when Moses left them to go up the mountain and he didn’t come back right away. So they asked Aaron to “make for us a god who will go before us, for this Moses, the man who brought us up from the land of Egypt, we do not know what has become of him”. Aaron then made a molten calf out of the gold rings of the people, and the people offered to it burnt offerings and peace offerings. When God saw what the people had done, He told Moses, “Go down at once, for your people, whom you brought up from the land of Egypt, have corrupted themselves. They have quickly turned away from the way which I commanded them. They have made for themselves a molten calf, and have worshipped it and sacrificed to it….” Notice that God didn’t say “My people” but “your people”. He called them an obstinate people, always murmuring and complaining. Then God said, “Now let Me alone, that My anger may burn against them and that I may destroy them, and I will make of you a great nation”. But Moses said no to God and entreated Him, as if saying, “this isn’t You, God!”. “Turn from Your burning anger and change Your mind about doing harm to Your people. Remember Abraham, Isaac and Israel….to whom You said, ‘I will multiply your descendants as the stars of the heavens, and all this land of which I have spoken I will give to your descendants, and they shall inherit it forever.” The Lord relented and changed His mind and did not harm the people. Moses had the boldness to talk to God the way he did because he knew the heart of God and the plan of God. He interceded for the people even if they came against him and attacked him several times because he saw in them the fulfillment of God’s promise. He saw them as a great people because they were the people of God, and entreated God to remember His promises to them. Moses was acting like Christ in interceding for God’s people. This shows us Moses’ compassion, mercy and love. He didn’t like what the people were doing (worshipping a molten calf in spite everything that God had done for them), but he interceded for this rebellious, obstinate people just the same so that God’s plan can be fulfilled.

In 1Timothy, we see the heart of Paul when he expressed his gratitude that God chose him for ministry despite his past. “I thank Christ Jesus our Lord, who has strengthened me, because he considered me faithful, putting me into service, even though I was formerly a blasphemer and a persecutor and a violent aggressor.” In writing to Timothy, he was saying, “Look at me; I was there when Stephen was killed and I approved it. I have blood in my hands, yet God chose me. I don’t deserve it but He chose me to be the one to bring the Gospel to the Gentiles”. God can turn anything and anyone to Christ. It doesn’t matter how dark our past may be, or what we’ve done. What matters to God is what Christ has done for us. We can’t be holy on our own. Only the blood of Christ can make us holy. We can’t boast of anything that we’ve done, but we are grateful for what He has done for us. Paul points Timothy to God: “Now to the King eternal, immortal, invisible, the only God, be honor and glory forever and ever”. He was telling Timothy, “Don’t look at me. I’m not worthy”. Today people condemn each other for what they’ve done in the past. But Paul’s telling us that the past doesn’t matter; only what Christ did does. In Scriptures, the “not so good”, people with imperfections, people who committed some grave sins and mistakes were used by God. David was a murderer and an adulterer; he was guilty of deceit and lust, yet God called him “a man after My own heart”. God didn’t look at what David had done but at what God was doing in him. We are not to condemn and put others down but see them in the light of what Christ has done for them. God can transform dirt into diamond; change darkness into light.

In the Gospel (Luke 15), the Pharisees and scribes were upset because Christ was receiving sinners and eating with them. This was a “no-no” for Jews at that time. But Christ was showing them that God created all; no one is unworthy of His love. The parable of the lost sheep demonstrates the love of God. Every created thing belongs to Him. This is why when even just one is lost, He would work to find them and bring them back to Him. This is what He did to the Gentiles. He drew them to Him. I asked myself why God would leave the 99 to look for just one who went astray. This is because He knew the 99; He knew that even if He leaves them in the wilderness, they would be fine. So He goes looking for the one lost sheep and when He finds it, He carries it on His shoulders. This is what Christ did for us. He carried our sins on His shoulders; took our sins and sorrows upon Himself.

These are powerful examples to us today of God’s mercy and compassion:

1. Moses, who interceded for his people and entreated God not to destroy them.
2. Paul, who showed us what God’s mercy had done for him; that despite his past, God chose him to bring the good news to the Gentiles. Maybe God saw Paul’s aggressiveness and He knew that Paul could do the job that the others could not.
3. Jesus, who leaves the 99 to look for the one lost sheep, then carries it on His shoulders. He sought us when we were lost in our sins, then carried us on His shoulders and brought us back to God.

The other parable in Luke 15 is about a woman with 10 coins and loses one. It was a Jewish tradition for a man to give his bride a necklace with ten coins so that in case something happens to him during the marriage, his wife will be provided for. The woman in the parable may have lost one coin because of her carelessness, so she lights a lamp and sweeps the house and searches carefully until she finds it. The lamp symbolizes Christ and the light that He shines in our lives and sweeping the house symbolizes what He did for us – He got rid of the dirt in our hearts by destroying the works of the devil. He cleansed us with His blood. This is humility, and He did this because He sees the value in each one of us. This brings to us an awareness of the world we live in today where we destroy one another. Gossip is a favorite past time in the Philippines. It is sin when we destroy others. Love heals, forgives and builds; it does not destroy. We have no right to boast about anything that we’ve done because everything is grace. It’s Christ who did it all for us.

On this 17th week, let us learn to live out what Christ gave us. We are the light of the world. Christ went where the need was; He sought and saved the lost. We should do the same – turn our eyes to those outside of the Body. Will they ever know the joy we have unless we share it with them? Will they know forgiveness if we don’t forgive them? We are called to minister love to the world. We see the Church as interceding for the world, like the woman who lit a lamp and swept the floor; like Jesus carrying us on His shoulders.

There’s one more parable that we didn’t read today – the prodigal son. The love and mercy of God is seen in the father who looked out for his son’s return everyday, never giving up hope that he would someday come to his senses. Psalm 51 is a cry to God: “According to the greatness of Thy compassion, blot out my transgressions. Wash me thoroughly from my iniquity. Purify me. Make me to hear joy and gladness. Create in me a clean heart. Restore to me the joy of Thy salvation. Then I will teach transgressors Thy ways….and declare Thy praise”. As His Church, we are not to be like the world. We should not destroy others but build and bring healing to the world.