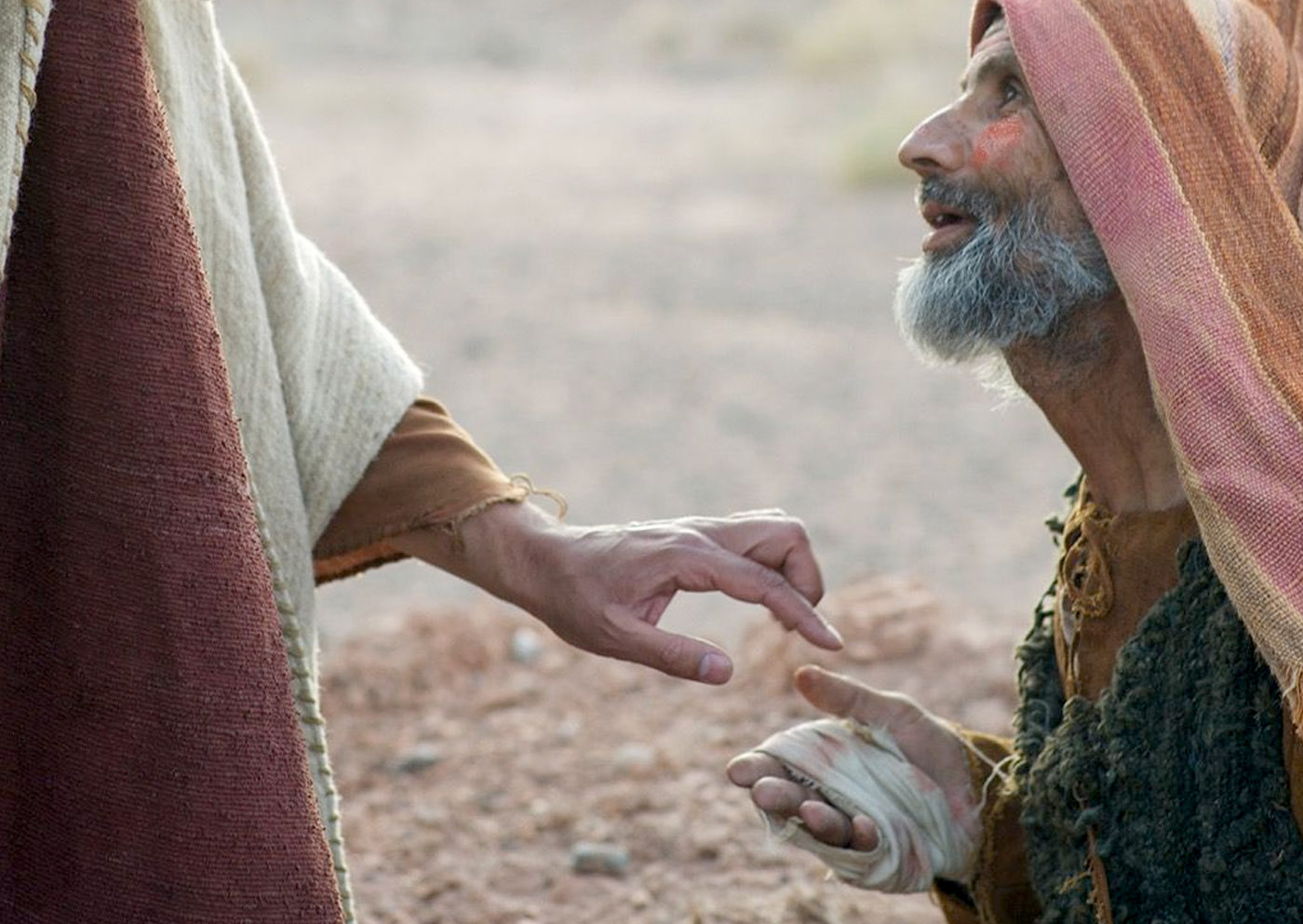 We talk about the greatness of God. There is none like Him. Tests and trials come our way to give us an opportunity to show our faith and confidence in God. I’m sure all of you have gone through such tests and trials. When they came, how did you react? This week, our household was attacked by armies of flies, and our patience was severely tested. But we continued to put our faith and confidence in God who never fails. These tests and trials are there to show us how great God’s favor is in our lives. For a time, when they come against us, it seems that they are too great to overcome; but when we hold on to our faith, we realize that God is so much greater.

Our readings today are not just stories but also prophecies. Ruth inspires because of her commitment and loyalty. Elimelech (Naomi’s husband) and his family were Jews; Moab was an enemy. But they left their covenanted community, the chosen people of God, when famine broke in the land to get sustenance (in the same way that most of us go to the world for sustenance; for livelihood). Elimelech died while in Moab – an irony because he went there to live. Elimelech and Naomi had two sons, Mahlon and Chilion, who took for themselves Moabite wives, namely Orpah and Ruth. They were married for ten years but had no children and then both of Naomi’s sons also died, leaving her bereft of her husband and children. Talk about a curse! For ten years they stayed in Moab and it seemed that they were in the wrong place. This is also a story of redemption. They made a wrong choice, (leaving the home God gave them because they feared the famine, instead of trusting God to take care of them and provide for them), so Naomi decided to go back to Bethlehem “for she had heard in the land of Moab that the Lord visited His people in giving them food”. As she and her daughters-in-law were on their way to return to the land of Judah, Naomi asked her daughters-in-law to go back to their mothers. But they said no; that they would go with her. Naomi said to them, “Why should you go with me? Have I yet sons in my womb that they may be your husbands?…. Would you therefore refrain from marrying?” They wept; Orpah kissed her mother-in-law and left, but Ruth clung to her. Ruth saw something that made her stay with Naomi. She said, “Do not urge me to leave you or turn back from following you; for where you go, I will go, and where you lodge, I will lodge. Your people shall be my people, and your God, my God. Where you die, I will die, and there I will be buried….” This is commitment and loyalty. When Naomi returns to Bethlehem with Ruth, all the city was stirred because of them. The women said, “Is this Naomi?” because they couldn’t believe that she’d come back.

Naomi’s story is a story of redemption. She was a faithful wife who obeyed her husband and went with him to Moab, even if her husband’s choice brought about his and their sons’ death. After she was widowed, she was free to make her own choices, and she decided to go back to Bethlehem. When we find ourselves in a similar situation, will we be ready to obey God and face the test, or will we choose to avoid the test and do what we think will save us?

The story of Ruth is a prophecy of the redemption of all mankind. Ruth was a foreigner who found redemption. God’s redemption through Christ is for all! Look at the lineage of Christ; Ruth is there. This shows the greatness of God. His salvation is for all mankind. The story of Ruth is also a test of commitment and loyalty. She could have chosen to stay in Moab, but she left the curse and in doing so gained the favor of God.

In 2 Timothy, Paul was imprisoned, suffering for others. Paul’s life challenges us to pay the price of following God, through our willingness to suffer for our faith. Paul told Timothy that he suffers hardship, even imprisonment as a criminal, for Jesus Christ and the Gospel. “For this reason, I endure all things for the sake of those who are chosen, so that they also may obtain the salvation which is in Christ Jesus and with it eternal glory.” Paul was being persecuted by both the Romans and the Jews, but he held on to his faith. He tells Timothy, “For if we died with Him, we will also live with Him”. If we die to self (referring to self-centeredness), we will live. Accepting what is of God will give us life. “If we endure, we will also reign with Him.” If we don’t give up, no matter how difficult our circumstances are, we will reign. We don’t give in to the problem. If we endure through the test, we will overcome and win. Don’t give in, no matter how dire the situation is, because our power is from God. God’s power is in our DNA. The world today is facing a catastrophe; it is on the verge of an economic collapse. The major economies are deep in debt, and there’s hardly anything backing these debts and financial obligations. The whole financial system can collapse and countries will be in chaos. But we know that our security is in God. In the midst of the precariousness of the world system, we endure; we overcome. Don’t give in! Hold firm even if you’re tempted to give up and feel that you can’t go on.

“If we deny Him, He will also deny us.” Elimelech denied God and His covenant with them as a people. He pulled away from God. “If we are faithless, He remains faithful, for He cannot deny Himself.” If you lose your faith in God, you still have hope because He won’t ever give up on you. Paul asks Timothy to be diligent as a worker: Be diligent to present yourself approved to God as a workman who does not need to be ashamed, accurately handling the word of truth.” While Paul recognized that people didn’t like him, this didn’t stop him from preaching the Gospel. Don’t stop your good works because when we do this, God will be on our side.

In the Gospel, Christ was on His way to Jerusalem, passing between Samaria and Galilee. He didn’t enter Samaria but as He came near a Samaritan community, ten lepers who stood at a distance (lepers in those days were outcasts; they had to maintain a certain distance from people) met Him and raised their voices, “Jesus, Master, have mercy on us!” Jesus didn’t heal them right away but instructed them to “Go show yourselves to the priests”. As the lepers were on their way to the priests, they were healed because they acted with faith on His instruction. Of the ten, one turned around and went back to Jesus, “glorifying God with a loud voice, and he fell on his face at His feet, giving thanks to Him”. Jesus said, “Were not ten cleansed? But the nine – where are they? Was no one found who returned to give glory to God, except this foreigner?” This isn’t just a story but a prophecy. Sometimes when we ask God to deliver us from a difficulty and He grants it, we forget to thank Him. We are so relieved that the test is over that we forget that it was God’s favor which delivered us from a difficult situation.

The Samaritan was ecstatic about his healing that he shouted his thanksgiving to God. He couldn’t go to a priest because he was a Samaritan, an outcast. Instead, he went to the High Priest and made sure that he conveys his gratitude. The Gospel account doesn’t tell us if the Samaritan knows that the priest will accept him. The Samaritan was made whole; that means he was healed of leprosy and there were no scars left. The other nine were also healed but not made whole; they had scars to show. This tells us the result of a thankful heart. Even when we go through a very difficult situation or test, we continue to thank God because He can use these tests to bless us. The other nine were excited to go home to their families, having been separated from them for sometime because of their disease. From Leviticus, we know that when a leper is healed, there is a prescribed ritual for thanking God. The Samaritan couldn’t have known the Jewish law but he went to thank God first just the same, and as result, he was made whole. This is redemption: when we sin and we go to God to ask for and thank Him for His forgiveness, He restores us and makes us whole again. Christ left some scars on His body in order for people to recognize that it was Him, but He was made whole.

In our lives, we recognize our need to give thanks to God. The Samaritan went to Jesus first to thank Him. He didn’t need to show himself to a priest because He already went to the High Priest. This Sunday, we are being taught two things – commitment and loyalty. Naomi went back to Bethlehem and Ruth stayed with her. Commitment and loyalty were also the themes of Paul’s letter to Timothy. The Samaritan leper shows us that the first thing we ought to do when we receive a favor from God is thank Him. Constantly and at all times, we should be thankful and filled with gratitude, no matter what we’re facing. We’re here today to give thanks for what God has done for us. We may be facing problems, but what God has given us is greater than these problems. God’s gifts are more than enough.