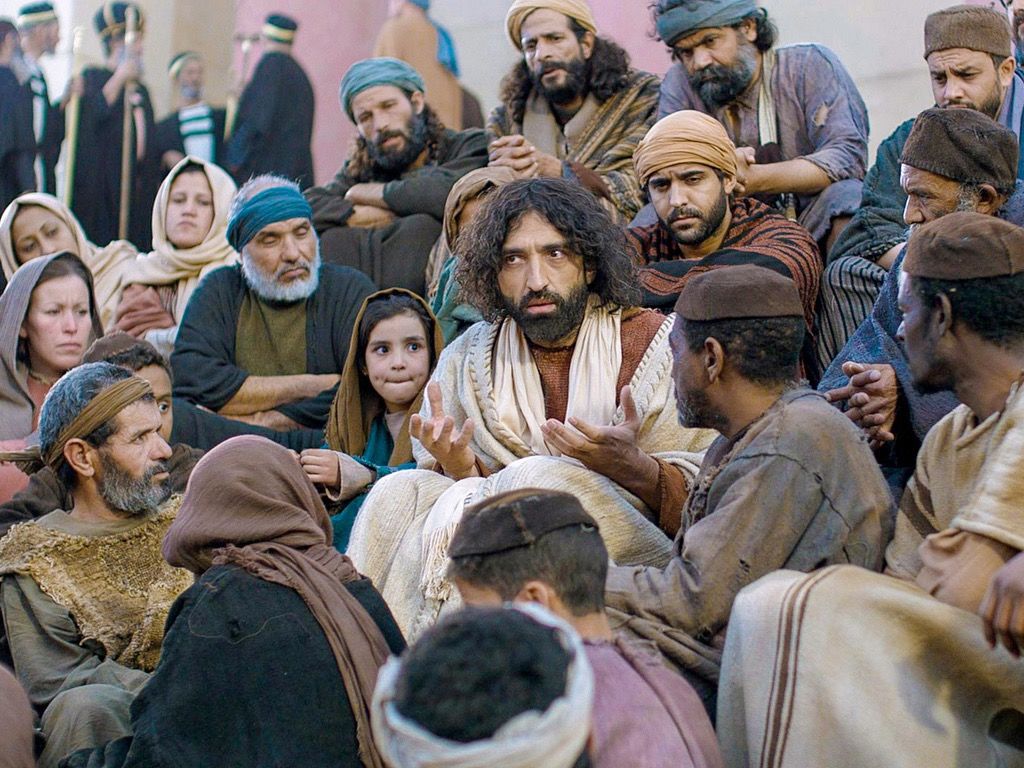 Each week we’re given instruction and insight on how to use what God has given us. He has given us everything pertaining to life and godliness; He held back nothing. We must believe that He is and that He rewards us. We may sometimes think that God causes our problems, maybe from reading the Old Testament, but I remind you that in the New Testament, Christ manifested God’s love for us. He brought to us the Kingdom. Man by himself couldn’t achieve it, so He sent His Son to take upon Himself our flesh, our sufferings and weaknesses, and perfect them by giving His own life and defeating the enemy. Christ left the enemy powerless. Today there’s no power great enough to overcome us if we’re walking in what God has given us which is the life of Christ. Christ is in us and we in Him. What Christ is and what He has done is ours. He conquered hell, death and the grave for us. It’s up to us to walk in it. “Christ in us, the hope of glory.” Hope is positive. We may not have the promises yet but I know they are coming because they belong to us. Christ said the things He has done, we shall also do because Christ is in us and the Holy Spirit dwells in us. He didn’t create man to be in slavery but to be like Him, ruling and reigning. Our responsibility is to keep the hope alive within us.

Christ went to the cross for all mankind, not just for believers. He forgave all. That’s hard for us to accept because we’ve been taught that we have to repent or go to hell. But Christ bore our sins for us so that we can be holy and righteous in Him. We shouldn’t see ourselves as sinners. We can only boast in Christ because He did it all for us. This is where the enemy has deceived us, keeping us in bondage and slavery. Thank God He’s opening our eyes to the truth.

In the Gospel, the disciples were struggling about what was to happen. Christ told them not to worry about life, about what they were to eat or about they were to put on; because life is more than food and clothing. They should consider the ravens which neither sow nor reap but God feeds them, and how much more valuable they are than the birds. “….your Father knows that you need these things. But seek His kingdom and all these things will be added unto you. Do not be afraid, little flock, for your Father has chosen gladly to give you the kingdom.” Do not fear because fear cancels out hope and opens the door for the enemy to enter in. It’s only in our mind that we make out as real what is not real. Fear holds you in slavery and bondage. It destroys the work of God in your life. It’s a force that causes physical problems when in reality, the things that we’re afraid of aren’t even real. Christ called them “little flock”. God is so much greater than our fears. He puts us in our place when we think that our problems are so big when He is so much bigger and He has given us so much! “Your Father has chosen gladly to give you the kingdom.” It makes Him happy to provide for us. The giving is abundant; it’s our receiving that hinders it because of our unbelief and fear. Fear literally destroys; it isn’t of God. Do not be afraid. If the doctor tells you that you have stage 4 cancer, don’t be afraid. God is greater than stage 4. Our faith must accept what He has promised us. Faith is the evidence of things not yet see but already given. “Sell your possessions and give to charity; make yourselves money belts that do not wear out….” He’s not saying that we can’t own anything but that things shouldn’t own us.

Israel was in Egypt for 400 years where they were mistreated with hard labor for which they got very little. They cried out to God for deliverance, but at the same time they had gotten used to that life. They became comfortable in their slavery, enduring it for as long as they had their garlic and leeks. Their slavery became a part of who they were. When God delivered them from slavery through the wilderness as part of their transition, they brought with them the wealth of Egypt. Get the picture – the women walking in the wilderness in rubies and diamonds – and yet they were murmuring and complaining. God kept telling them that He was taking them to a land flowing with milk and honey, not garlic and leeks. Garlic and leeks are harsh; milk and honey are sweet and represent calmness, beauty and rest, and God was taking them there. Still they grumbled because they missed the garlic and leeks. As a result of their murmuring, they died in the wilderness. They were used to slavery; they couldn’t be freed from it. It stayed in their hearts. The children born in the wilderness made it to the Promised Land because they didn’t have the same experience in Egypt. If you listen to this story that God gave us of Israel and Egypt, it also speaks to us today because in many ways, we have become comfortable being slaves to the world system. The world is using us to make wealth for itself but giving us very little. Because of this we think we have to do things on our own rather than trusting God who promised to provide for us. Imagine all the miracles that took place in Egypt – the plagues, the death angel that spared Israel, etc. Then God parted the Red Sea so Israel could go through dry land, but when the Egyptians pursued them, the waters swallowed them up. Moses was given by God to cover Israel, to save and redeem them in much the same way that Christ redeemed us and gave us new life.

Jesus said, “Do not fear”. When the doctor tells you it’s serious, don’t fear. Most miracles happen when things are serious. The light shines brightest when it’s darkest, so why are we afraid of the dark? With fear we lose hope and courage; we become weak worried and imaginative. We imagine the enemy taking over. Faith is confidence in the Almighty; it’s peace. One of the greatest events in history was when God created everything out of nothing. That’s faith. You can speak to nothing and it becomes something. God can use those things which seem to be against us to bless us. Faith isn’t limited by circumstances. Abraham and Sarah were too old to have children, but with God all things are possible. Scripture tells us that Abraham bore a son but without siblings. Without further study, we wouldn’t know that Isaac wasn’t the only son he had. He was over 100 years but had 7 more sons after Isaac. We think that when we’re over 50, we can no longer do much. We entertain negative thoughts. Study what God has given us through Christ and He will fulfill them if we believe. Christ is our life. That’s why the Eucharist is so important. It reminds us that Christ died for us and now we’re alive. Why do we make the sign of the cross? Because we’re covered by the cross.

“Your Father has chosen gladly to give you the kingdom.” Can we picture God being filled with joy in giving us the Kingdom? This is our hope if we don’t let fear get in the way. We listen to the news and we become afraid. It’s the tool of the enemy to keep us from believing that God is greater. Confidence in the Almighty gives peace. It doesn’t matter how old we are because faith works at any age. Faith isn’t affected by the economy because even when it fails, God takes care of His own. Education isn’t a guarantee to success. It is God who gives us wisdom. The old men of the Bible lived by faith but they didn’t receive the promise. We, on the other hand, have received the Kingdom, so our faith must be even greater. “Without faith, it is impossible to please God….” We can’t see Him so the only way we can get to Him is by faith. “….for he who comes to God must believe that He is and that He is a rewarder of those who seek Him.” This should bring us hope.

On this eighth Sunday of Ordinary Time, we’re challenged to live by that faith because that faith will never fail. How many times have we faced things that were meant to destroy us? Yet God saves us because He rewards us. When my truck went off the road, there wasn’t even a scratch on me nor the truck. It wasn’t a punishment but a blessing. Once you’ve gone through and overcome a test, you’ll never face that same test again in the same manner. Faith can move mountains. These are problems in front of us and we think are insurmountable, but our faith can move them. We need to wake up to the reality that God has given us so much that we want to bring glory and honor to Him, thanking Him for all things.