Empowered by the Spirit of God 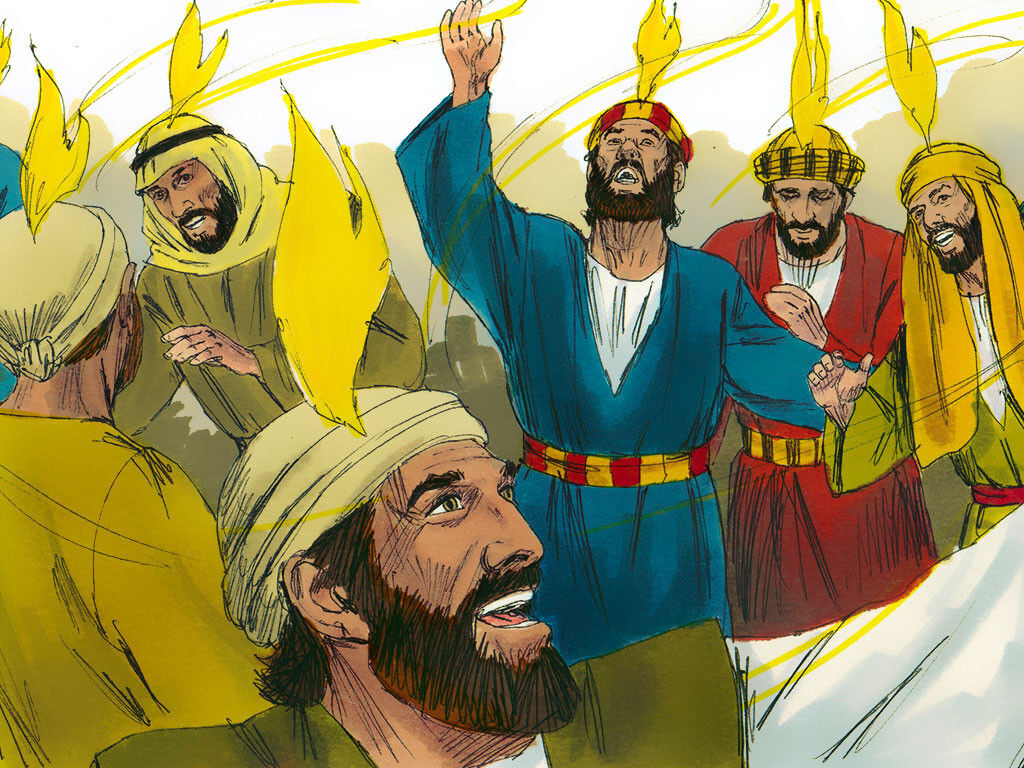 One distinguished character of God is that, what He has started, He will always finish. He will not leave His plan hanging. The beauty of God is that His love never ceases. Even if we fail, His love is still there. This is how much He loves us. In creation, God’s direction was, “Let us make man in our image and likeness.” This was His pattern. We have allowed ourselves to focus too much on the failure of Adam that we are not able to grasp the fullness of what God had intended man to be. We are not alone. He said, “I will never leave you nor forsake you.” The reality of Easter was that Christ came to be one with us. To be identified with us. When He died on the cross, He had to go to hell to disarm the powers of the enemy. He conquered death, hell and the grave and won the victory for us. Then He asks the Father to send the Holy Spirit to empower us, because the Spirit is life. God gave us this life.

When Jesus appeared before His disciples in the locked room, the first thing He said was, “Peace be unto you.” He knew that they were in fear. After showing them the scars on his hands and side, He said “Peace’ to them a second time. Then he breathed on them and said, “receive the Holy Spirit.” To receive something requires a response. To receive is vital but we need to accept what has been given to us and believe it. When God breathed life into man in creation, man became a living spirit. The Spirit will transform us into what God wants us to be. He is empowering us. He is giving us energy and wisdom.

In the valley of dry bones in the book of Ezekiel, it was prophesied that these bones would come together, tendons and flesh would appear on them, and that skin would cover them. But it was only when the breath of God entered them that they became alive and rose up to be a great army.
Ezekiel 37:10 “So I prophesied as He had commanded me, and the breath entered them, and they came to life and stood on their feet – a vast army.”
God wants us to be His army today, fighting for righteousness’ sake.

John 14:12 “Truly, truly I tell you, whoever believes in Me will also do the works that I am doing. He will do even greater things than these, because I am going to the Father.”
If we have the Holy Spirit, we have the power to conquer whatever opposition comes our way. The battle is not over until you win. Jesus proved that he conquered death when He returned as flesh.

For most of us, when we see difficulty, we run away. We do not face the problems head on. Christ came to restore the image God had intended for us from the very beginning. We need to let the Holy Spirit quicken our hearts and minds as to how much He has empowered us. We are “royal priesthood” and our responsibility is to lead people to Christ. Each of us has been ordained by God. We have been given the commission. He empowers us to do the task. As Christ is, so should we be. We need to renew our minds and start realizing what God has empowered us to do through His Spirit. To stand in the midst of war against the enemy and be victorious. On the day of Pentecost,120 of His followers were waiting in the upper room to receive the fullness of the Holy Spirit. They were praying and waiting with great expectancy.

John 7:37 On the last and greatest day of the feast, Jesus stood up and called out in a loud voice. “If anyone is thirsty, let him come to me and drink.”

John 7:38 The one who believes in Me, as the Scripture said, “from his inner most being will flow rivers of living water.”

Ephesians 1:13 In Him you also trusted, after you heard the word of truth, the gospel of your salvation; in whom also, having believed, you were sealed with the Holy Spirit of promise.

God will fulfill all His promises to us. Our hope should be in God. We are His great army, and we are sealed in Him. It is most vital that we know and study His Word. If we do not study His Word, how could we comply?

Acts 1:8 “But you will receive power when the Holy Spirit comes on you, and you will be my witnesses in Jerusalem, and in all Judea and Samaria, and to the ends of the earth.”
Jesus was the witness of the very power of God. In our lives, we should be His witnesses, by using the gifts of the Holy Spirit to reach out to others. This is what Pentecost is all about.

John 4:35 Don’t you have a saying, “it’s still four months until harvest?” I tell you, open your eyes and look at the fields! They are ripe for harvest.

Matthew 9: 37-38 Then He said to His disciples, “The harvest is plentiful, but the laborers are few. Therefore, pray earnestly to the Lord of the harvest to send out laborers into His harvest.” We should be the evidence of God’s power.

Matthew 3:11 “I baptize you with water for repentance. But after me comes one who is more powerful than I, whose sandals I am not worthy to carry. He will baptize you with the Holy Spirit and fire.”

We need to obey His voice and keep His covenant, then out of our innermost beings will flow out rivers of living water. And Pentecost marks this. We are a fire in the midst of darkness. May Pentecost awaken us to the truth. Nothing should hold us back. We are greater than temporary situations that may go against us. Pentecost is a clear reminder that He will not leave us nor forsake us.