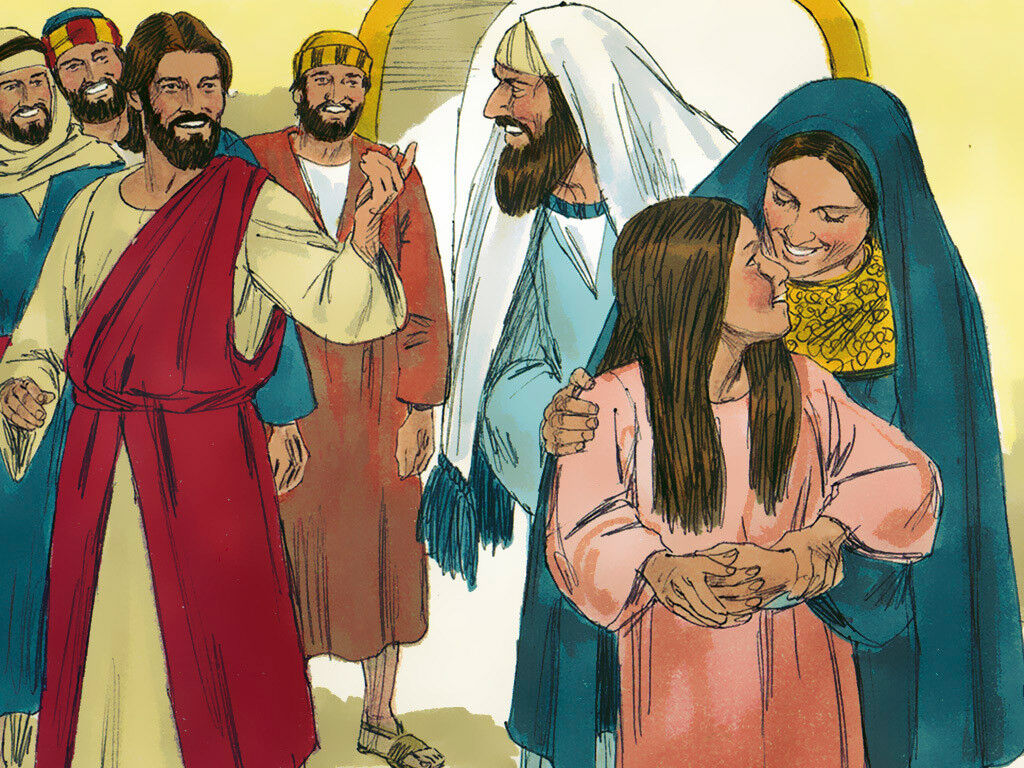 We have been empowered with the Holy Spirit so that we may walk in this new life. No longer in bondage and slavery because we have been set free. But sometimes we forget this because we live in a society where people are downtrodden. But Christ came to set us free.

We learned in the past weeks that Christ was at peace during the midst of a raging storm at sea. In fact, He calmed the storm. When they reached the other side, a demon-possessed man approached Him and begged Him that he be delivered from his demons. When Christ did so, the demons entered a herd of swine who jumped into the sea and drowned. Along the way, a synagogue leader named Jairus came to Him, pleading if He could go to his house to heal his dying daughter. As they proceeded on with their journey, a woman with an issue of blood approached Jesus from behind and touched the hem of His garment. Jesus tells the woman, “your faith has made thee whole.” Then a messenger from the house of Jairus came running to the group and said it is no longer necessary for Christ to go because the girl had already died. Jesus overheard this and did not take heed of what was said and still pursued on his journey. When they finally came to the house, there were mourners all over the place and Jesus said, “why are you mourning? This girl is not dead. She is only sleeping.” So He took the girl by the hand and told her, “arise!’ Immediately, the girl got up and started to walk around. He then gave instructions to give her something to eat.

After all these things had taken place, He goes to Nazareth and enters the synagogue. Where He began teaching. The people were awed by His wisdom and the manner by which He spoke with so much authority and conviction. They could not reconcile the fact that an ordinary man like Him, a carpenter, was capable of saying such wise things.

The life of Christ was given to us as an example. He was well-trained in what He was doing. God sent him to show us how our lives should be lived. Beyond carpentry, He was fixing problems. He was rebuilding lives, recovering the sick, releasing the captives free. He began His ministry when He was 30 years old. It could be that by this time, Joseph had already died. He was not able to do much in His own hometown because the people rejected Him. They refused to be ministered by Him. He Himself said, “no prophet is accepted in His hometown.” Christ was considered a laborer, a worker. Not someone rich or elite. He did not receive special exemptions. He was treated like any ordinary man. He went Through trials and temptation just like any man. But He overcame and never succumbed to temptation. “Today, this scripture is fulfilled in your hearing.” – Luke 4:21

1 Peter 2:24 “He Himself bore our sins in His body on the cross, so that we might die to sins and live for righteousness; by His wound you have been healed.”

We need to accept the words being said in the scriptures. Christ is showing us the way we ought to live our lives. He gave Adam the first man the responsibility to cultivate and keep the earth. God has implanted His seed in us for us to nurture and cultivate and in doing so, the seed will grow. There will come that time when every knee shall bow and every tongue will confess that Jesus Christ is Lord.

In Nazareth He went about teaching in the villages but many people lacked the faith and did not believe in Him. They knew Him but did not accept Him. We open the door for Christ to enter. He will not force Himself. It is up to us to open the door for Him.

God wants us to be overcomers. Jesus went through all the tests and overcame all of them. All things are possible if we believe. He comes to our aid when we have difficulties. Even when he was rejected in His own hometown, he still continued and overcame. The battle is not over until we win. We are more than conquers in Christ who strengthens us.