Feeding Of The Five Thousand 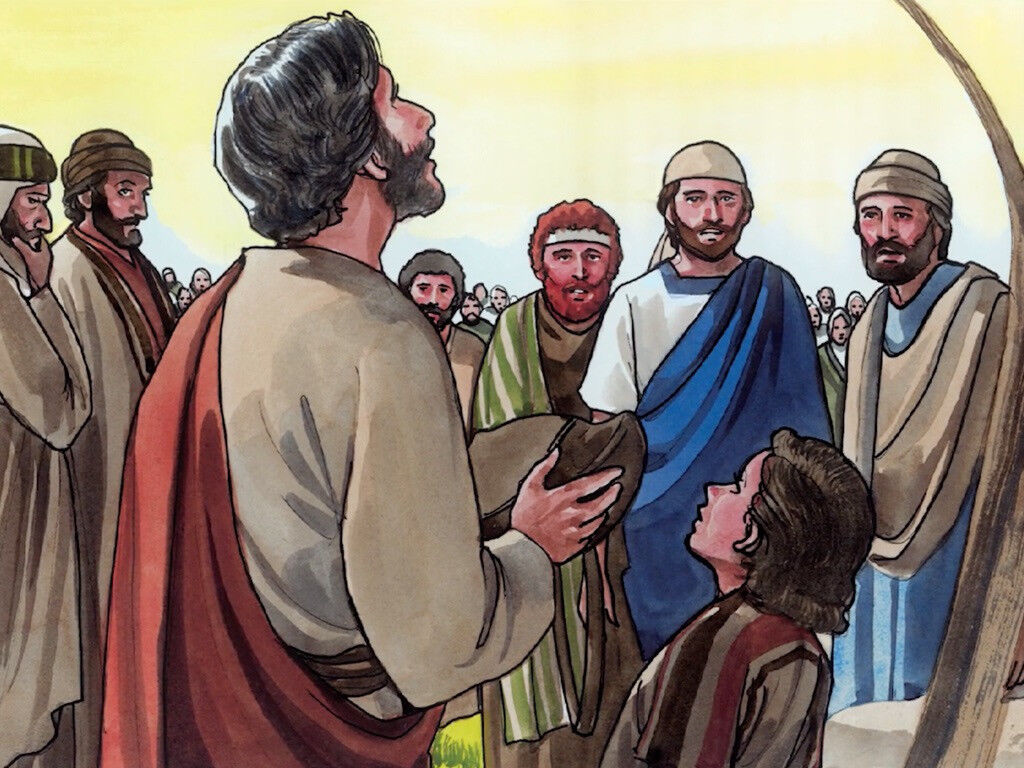 Ordinary time means living according to how we should live and manifesting what we are in Christ, to bring forth into a reality. We have been indoctrinated by the world to be in a certain way, not realizing that we are created in the image of God. We sit each week and listen. He gives instructions to us. We are not deprived and we are not different from those who have listened to Him before us.

When He was with His disciples, He gave them authority to heal the sick and minister to the people’s needs. Dividing them two by two into six teams, they were sent out to prove that God was the Provider even if they were told to not bring anything with them except their undergarments and sandals. He was showing to them the need for intensity of their commitment. They would walk hours on end just to reach their destination. Compared to the disciples, we are a lazy people. Even with modern conveniences like a vehicle, we want to get off at the exact destination and not have to walk long distances.

The disciples were learners. Hearing the word then applying what they have learned. Many times, it was physically exhausting but they had to put all their confidence and faith in God. Their confidence was being built because they were putting to practice all the things they had heard and needed to give a report to Christ and tell Him what had happened in their missions.

But Christ understood their limitations. He wanted them to share their experiences. He realized they were physically beat and suggested they go to a quiet place to rest. Hebrews 13:17 Obey your leaders and submit to them, for they are keeping watch over your souls, as those who will have to give an account. Let them do this with joy and not with groaning, for that would be of no advantage to you.

So we see them getting into the boat and going to the end of the lake which was about 6 kilometers long. The crowd followed them because they wanted to hear more of what Christ had to teach them. In Matthew’s account, it said that there were 5,000 men. These people were looking at Christ as the Messiah. When it was getting late, the disciples told Jesus to send them away to buy food for themselves. But the Lord said, “you feed them.” Then He told them to look around for what was available and they found 5 loaves and 2 fish and brought it to Him. Jesus gave instructions that the men were to sit down in companies of 100s and 50s. He then blessed the 5 loaves and 2 fish, broke them into fragments and distributed these to the disciples to feed the people. The food did not run out and in fact there were 12 basketfuls left.

Jesus was showing the disciples that whatever they had in their hands, with His blessing, the potential will be great.

We’ve been taught by the world to “just do it.” But Jesus tells us to “follow Him.”

In the Parable of the Talents found in Matthew 25, there were three servants who each received talents from their master who was going on a journey. One received 5, a 2nd one received 2, and a 3rd, 1 talent. The first two servants used their talents wisely and when the master returned to check on what they had done, he was pleased and rewarded the two accordingly. But the one with the one talent did nothing so the master cast him out.

What is this telling us? We need to use the gifts He has given us. He has equipped us to do the work and so we need to use these gifts by paying attention to Christ and following His instructions.

Each of us has been given gifts. The day will come when we will account for what we have been given.

Genesis 1:28 And God blessed them. And God said to them, “Be fruitful and multiply and fill the earth and subdue it.”

The feeding of the 5 thousand reminds us of Moses feeding the children of Israel. It’s a pattern God has given since the beginning.

We are challenged to not be sitters but doers. God has given us the ability to think and do things and to be able to do great things.

Sometimes, modern conveniences are causing us to become so dependent on them because they do not require us to think anymore. We let gadgets and machines control our lives. We should be leading the world and not be submissive to its ways. We should preach the Gospel through our lives.

Jesus Walks On The Water

Authority To Cast Out Unclean Spirits

There are no upcoming events at this time.