God Desires A Relationship With Us 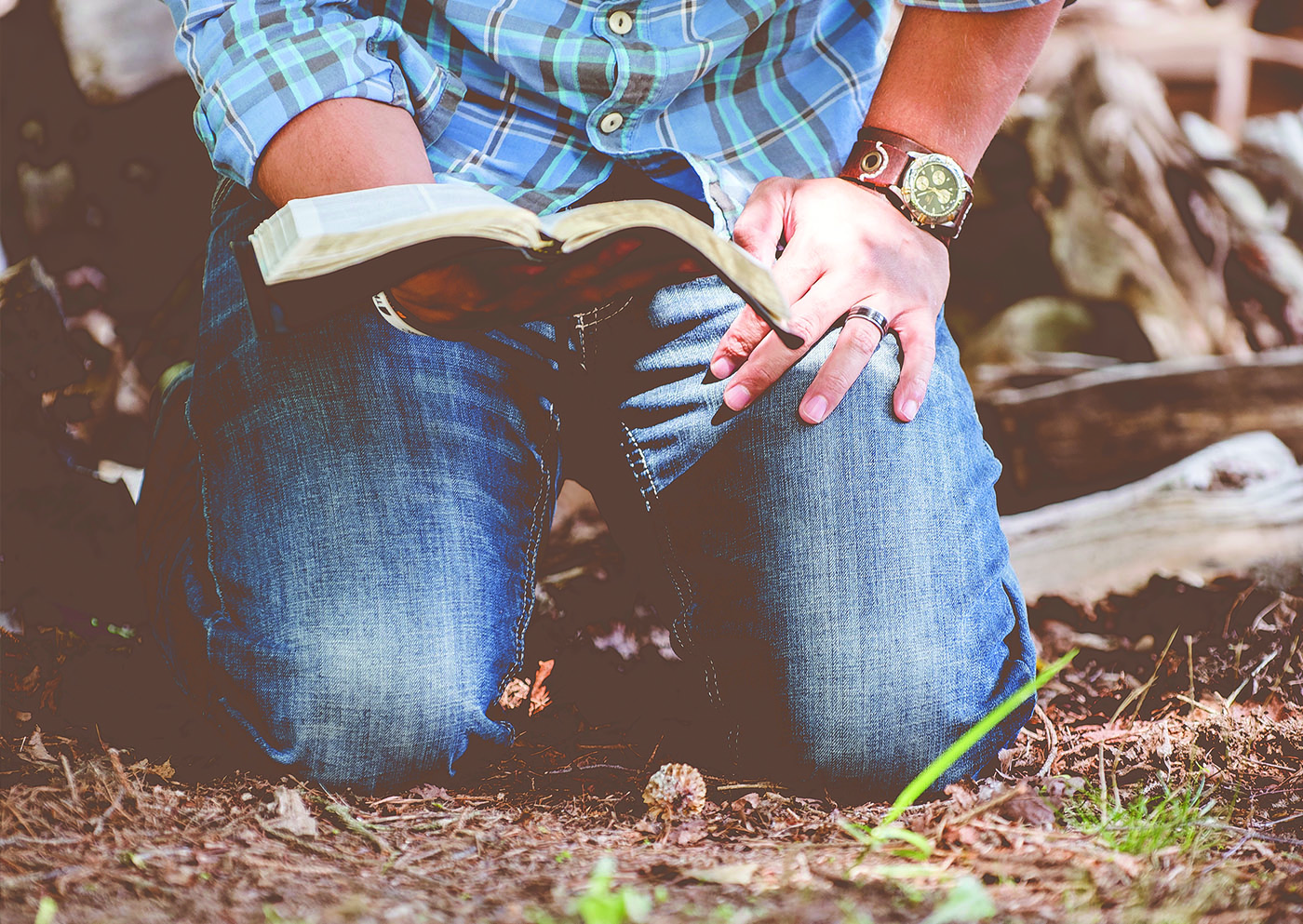 On this 22nd Sunday in Ordinary Time, God continues to speak to us, giving us direction that will bring us to a right relationship with Him. Today He speaks to us about prayer, the necessity of prayer and the kind of prayer we should be praying. Let’s go back to the Old Testament to lay the foundation for today’s lessons – to the story of Jacob. Isaac and Rebekah were his parents. When Isaac married Rebekah, she was barren, so Isaac prayed and she gave birth to twins. Esau and Jacob’s birth was unique. Even when they were still in their mother’s womb, Esau and Jacob struggled together. Prior to their birth, a prophecy came to Rebekah that “the older shall serve the younger”. Esau was born first, red and hairy. Jacob came out immediately thereafter and his hand was holding on to Esau’s heel. The two brothers were so different – Esau was “rough” and became a skillful hunter, a man of the field. Jacob was “refined” and more domestic, a peaceful man living in tents. One day, Jacob cooked stew and Esau came in from the field famished and tired. He smelled the stew and asked Jacob for some. What happened next was a typical exchange between brothers. Jacob made a deal with Esau. He agreed to give his brother some of the stew but first Esau had to sell him his birthright. Esau allowed his sense of smell and hunger to control him, and agreed to sell his birthright to Jacob. This was a legitimate transaction. Jacob asked Esau to swear by his agreement to sell his birthright. So Esau sold his birthright for a bowl of stew.

When Isaac was dying, he called his older son Esau that he may give him his blessing before he dies. He asked Esau to hunt game for him and prepare a savory dish so that he may eat before he gives Esau his blessing. Jacob did not know about this but Rebekah did, and she was protective of Jacob. She believed that the blessing of Isaac should be given to Jacob. So she told Jacob what was about to happen and gave him instruction to bring her two choice goats that she may prepare them as a savory dish for Isaac. Jacob was worried that he may not carry out the deception because his brother was a hairy man while he was a smooth man, and instead of a blessing, bring curse upon himself. Rebekah assured him that the curse will be on her, so he went out and did as his mother asked. Rebekah took Esau’s best garments and put them on Jacob. She also put the skins of the young goats on his hands and the smooth part of his neck. Thus when Jacob brought the stew to his father and he ate it, even if Isaac said he didn’t sound like Esau, Isaac gave him the blessing. This was deception. When Esau came with the stew and learned that his father had already given his blessing to Jacob, he wept and raised his voice saying, “Is he not rightly named Jacob, for he has supplanted me these two times? He took away my birthright and now he has taken away my blessing”. He was so mad at Jacob that he swore to kill him, so Jacob had to flee to Haran, to Rebekah’s brother Laban. Isaac blessed him and charged him to take a wife from the daughters of Laban. Jacob saw Rachel, one of Laban’s daughters who was beautiful of form and face, and he loved her. So he asked Laban for her hand, vowing to serve Laban seven years for Rachel. When the seven years of service was completed, Jacob went to Laban to ask him for Rachel as his wife. But Laban deceived him. Instead of Rachel, he gives Jacob Leah, his older daughter and because Jacob couldn’t see clearly in the dark, he consummated the marriage thinking it was Rachel. In the morning, Jacob saw that Laban had deceived him and told him, “Was it not Rachel that I served with you? Why have you deceived me?” But Laban said that it is not their practice to marry off the younger before the firstborn. Still he agreed to give Rachel to Jacob if he would serve for another seven years. Thus Jacob served Laban for another seven years and then he finally took Rachel for his wife.

Jacob suffered through a deception by Laban, but then before this, he was also guilty of deception with his brother Esau. What you do to others comes back to you. After he married Rachel, Jacob decides to return to the land of his fathers, but Laban didn’t want him to leave because he believed that the Lord had blessed him because of Jacob. So Jacob had to leave secretly and fled with Rachel and Leah and their children, and all his livestock and property. On his return to Canaan, Jacob was still fearful of Esau, especially when he learned that Esau was coming to meet him with four hundred men. So he devised a scheme where he divided the people who were with him and the flocks and the herds. The night before Jacob met Esau, an angel or a symbol of Christ wrestled with him all night. The angel touched the socket of his thigh so that it was dislocated. Still, Jacob wouldn’t let the angel go until the angel blessed him. The angel renamed him Israel “for you have striven with God and with men and have prevailed”. Then the angel blessed him. We see from the life of Jacob that he may have done wrong in some cases, but he held firm to who he was and what he wanted, and he got them in the end. When Jacob and Esau finally get together, Esau embraced him and kissed him and they wept. The anger was gone. This is God’s message to us today: consistency, persistence and commitment. The name Jacob means “one in training”. His new name Israel means “one who has come face to face with God”. Jacob held firm despite the many difficulties he had to face because he had a relationship with God.

In Paul’s writing to Timothy, Paul reminds him of all that he had been taught telling him that, “All Scripture is inspired by God and profitable for teaching, for reproof, for correction, for training in righteousness so that the man of God may be adequate, equipped for every good work”. It is God’s purpose to train and fully equip us to do His work. Paul foresaw the time when man “will not endure sound doctrine, but wanting to have their ears tickled, they will accumulate for themselves teachers in accordance to their own desires, and will turn away their ears from the truth and will turn aside to myths”. This is already happening. Men now do whatever they fancy, regardless of the consequences. “Just do it”, as Nike tells us. They want the principles of God out of their way. Some churches even limit themselves to teachings that will tickle the ears, talking only of the blessings while being quiet about our responsibilities as children of God. Paul admonishes Timothy to “be sober in all things, endure hardship, do the work of an evangelist, fulfill your ministry”.

The Psalm tells us that we can turn to God for comfort and protection. Nowhere else can we find these, not in material wealth, not in governments or institutions, and not in anything of this world.

The Gospel story is one that we’ve misunderstood. The image that God wants us to see in the way the widow brought her request to the unrighteous judge is persistence. God is not asking us to be a pain in the neck, but to be consistent in our relationship with God; to live a life that is constantly in tune and communicating with God; and to bring before God our petitions consistently. God wants to show us the pattern for prayer – it should be consistent, reflecting a life of dependence and trust in Him. He is our Source. What is the purpose of our prayer? We don’t have to say much or make our prayers long. Such indicates a lack of confidence in our relationship with God. God will bring about justice for His elect who cry to Him day and night, because of our confidence in God. We know that God will meet our needs. It’s not the length of the prayer or how many of Scripture we quote, but the faith backing the prayer that will bring the results. God will not give us anything evil; this is our assurance. But sometimes, He doesn’t see that we’re ready for what we ask, or what we ask may not be good for us.

Philippians 4:6 “Be anxious for nothing, but in everything by prayer and supplication with thanksgiving let your requests be made known to God.” “I trust You” is a simple proclamation of faith in God. Sometimes we don’t even have to ask. Matthew 6:8 “….your Father knows what you need before you ask Him.” We ask just the same because He won’t force anything on us. He wants our permission before He gives us what we ask. A child with a good relationship with his/her parents will not grow up spoiled; this relationship with the parents will build up the child’s character. Spoiled children are arrogant; they feel entitled. God doesn’t want this for us. He wants a relationship with us. He knows our needs but He won’t force anything on us.

Matthew 6:7 “And when you are praying, do not use meaningless repetition as the Gentiles do, for they suppose they will be heard for their many words.” God wants us to pray to Him because He desires a relationship with us. It’s not how well-worded the prayer is because it is our hearts that God looks at.

1 Thessalonians 5:16-18 “Rejoice always; pray without ceasing; in everything give thanks.” This speaks of the attitude in our heart – God is the Source of all that is good; God will not fail; He turns everything to good; God is my strength; God is my healer. Christ has paid the price. We need this depth of revelation in our heart. Being able to rejoice always reveals an attitude of trust and confidence in God; an attitude that will turn around our situation. On this 22nd Sunday, God is looking for a relationship with us. We can sing to him while doing our work, or communicate with Him constantly during the day. This is praying without ceasing. This is the life He wants us to have. This is what Paul told Timothy. Jacob did this. He held firm till he attained what he wanted, even if it took him 14 years. He wasn’t willing to give up and God honored his persistence and tenacity. This is what God desires for all of us. When we pray and we don’t get the answer right away, we don’t give up but declare our trust in God. God answers us the way He wants to, to work out His plan for our lives. God will not fail! He will answer our prayer. Hold on and let God be God. He hears us when we’re consistent in our prayer life. Great is our God!