God is God of the Living 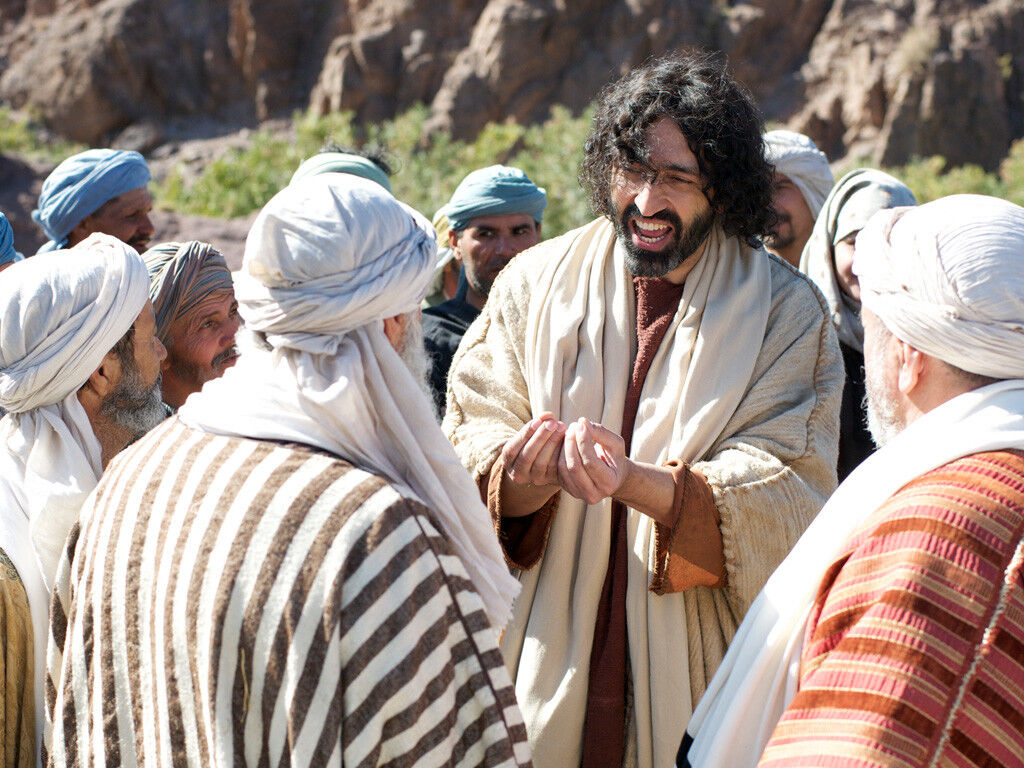 Job in the Old Testament lost everything. His wealth, his loved ones, his friends, his possessions. And worst of all he was suffering from a plague that was causing him severe skin infections. But he understood God. These were his very words in Job 19: 23- 27 “Oh that my words were now written! oh that they were printed in a book! That they were graven with an iron pen and lead in the rock for ever! For I know that my redeemer liveth, and that He shall stand at the latter day upon the earth: And though after my skin worms destroy this body, yet in my flesh shall I see God: Whom I shall see for myself, and mine eyes shall behold, and not another; though my reins be consumed within me.” Job was clearly in pain, his heart was broken, he was suffering physically, and yet he trusted God.

In today’s Gospel, we see Jesus confronted by the Sadducees who wanted to test Him and question Him about the resurrection. While they were in charge of the Jewish religion and they were the elite, they were not believers of the resurrection. They asked him; “Teacher,” Moses wrote for us that if a man’s brother dies and leaves a wife but no children, the man must marry the widow and raise up offspring for his brother. Now there were seven brothers. The first one married a woman and died childless. The second and then the third married her, and in the same way the seven died, leaving no children. Finally, the woman died too. Now then, at the resurrection whose wife will she be, since the seven were married to her?” Jesus replied; “The people of this age marry and are given in marriage. But those who are considered worthy of taking part in the age to come and in the resurrection from the dead will neither marry nor be given in marriage, and they can no longer die; for they are like the angels. They are God’s children, since they are children of the resurrection. But in the account of the burning bush, even Moses showed that the dead rise, for he calls the Lord ‘the God of Abraham, and the God of Isaac, and the God of Jacob.’ He is not the God of the dead, but of the living, for to him all are alive.”

It has been God’s plan from the very beginning for man to multiply and fill the earth because once we are all resurrected at the last day, there is no longer need to fill the earth and replace lives. Families today are different. We are told not to have many children. So in essence, we are disobeying God. The Sadducees were trying to confront Christ but Christ understood the Father’s plan. God is not the God of the dead. The life of God in man lives. The flesh may decay. but the soul and spirit are alive and there is a resurrection. We have this as an assurance. While the secular world believes that there is an end, God is for all eternity. God’s love is for all. Christ died for all, even to those who do not believe in Him. The Church should not be elitists. Our responsibility is to heal the world, to bring unity. We are to be the instruments to light the world. We are the salt of the earth to preserve it. God is the God of the living. And all live to Him. In Him we are complete, alive in Him. We are raised up to Him. He is our strength, our joy. He is our peace. He is our all in all. If we are ruling in the things of God, the world would not be in the condition it is in today. Hebrews 13:13 “Let us, then, go to him outside the camp, bearing the disgrace he bore.”

This means we are to go outside and carry a message of love to the world. God sets the course. He’s given us the direction and He has empowered us to carry out the task. We are the royal priesthood, holy nation, a people of His own choosing. When we go out to give, it comes back to us multiplied. We need to be prepared to be His ministers by reaching out to the lost and sharing God’s love to them. He told the Apostles to heal the sick, to guide, lead and teach the world. We are to be like Him.