God’s Love Reaches Out To The Prodigal Son 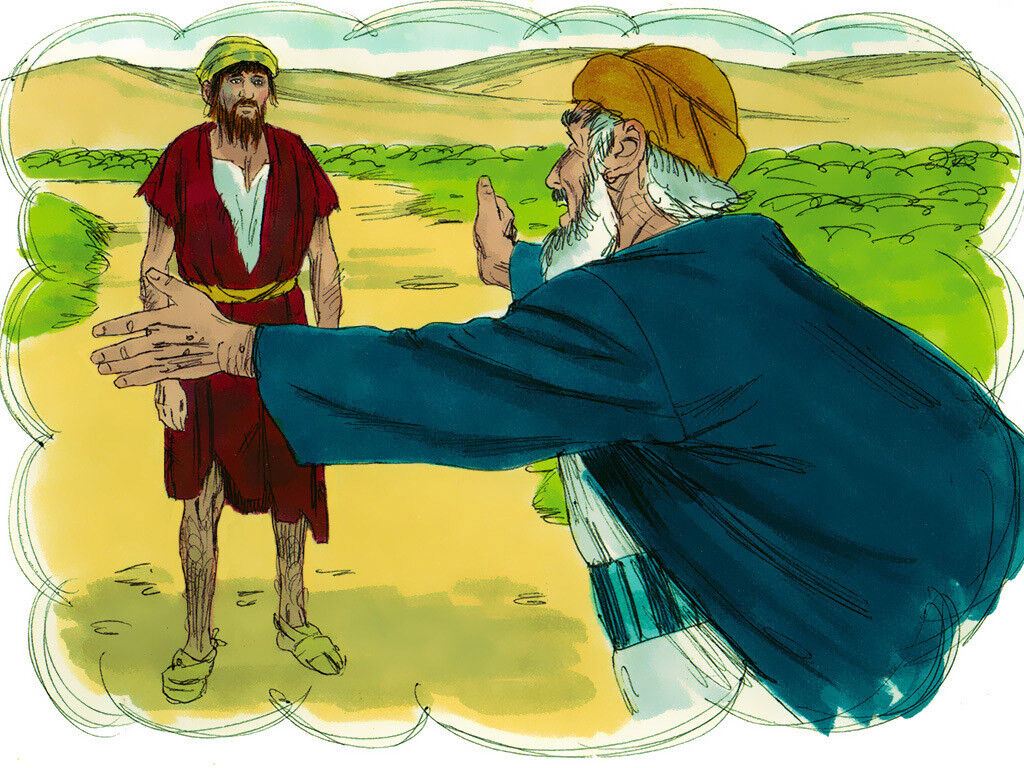 The Sunday lessons in Lent are all part of what Christ is teaching us to prepare ourselves for things to come, in order that we can receive the life He has for us at Easter. Today’s story in the gospel is what is known as “The Prodigal Son.” It really shows that God is the father of all. He reaches out to everyone, even to those who have wronged Him. In the Jewish tradition when it comes to inheritance issues, the oldest son gets 2/3 of the inheritance while the youngest son gets 1/3. It was told in the story that the father gave his sons their share of the inheritance. The younger son takes his share, goes to a far country and squandered his money in loose living. It came to a point that when he had spent all the money and was broke, there came a famine in the country he was staying. He attached himself to one of the citizens there who gave him a job to take care of swine. He had no choice because he had no income and he was hungry. When he came to his senses, he realizes that even the hired help in his father’s house ate much better food and were well taken cared of. He wished he could go back and was even willing to become a servant in his father’s household. He was going to tell his father, “I have sinned against heaven and in your sight, I am not worthy to be called your son. Take me as a hireling.” He began to journey back home and it was a long one because the place where he went to was very far from his father’s house.

The father was out on the road looking for his son. And then he saw from a distance the silhouette of his son returning home. He immediately ran towards his son, and he embraced and kissed him, not minding the fact that the son was all sweaty and smelling because he had been on a long journey. Isn’t this a picture of Christ? How that He would welcome the sinner back to the fold with open arms? It didn’t matter what we have done. The important thing was that we are returning to Him.

The father called out his servants. He told them to bring in the best robe, to put a ring on his son’s finger, and sandals on his feet. A ring would be representative of a person who belongs to that family. It identified who you were. The father also instructed the servants to kill the fatted calf and roast it, for they will have a feast and be merry. We are the symbol of the prodigal son. Many times, we squander our wealth and time or what God has given to us to use it for worldly endeavors instead of kingdom -building. But God is a forgiving God. He has given us a new robe and He has put shoes on our feet.

When the older son returned home from the field, he was surprised when he heard all the music and gaiety. When he learned from the servants that it was a feast for his lost brother, he got angry and wanted the father to explain to him why. The father came out to talk to him. The older son was complaining that all his life, he had been following and obeying his father and yet he was never given a feast by his father. The father then answered, “your brother was dead, but now he’s alive. He was lost and now he’s found.” Isn’t God speaking to us right now and reminding us that we want to receive the blessings and be rewarded but we don’t do things that would be beneficial for others, because we would rather enrich ourselves? Psalm 34:22 “The Lord redeems His servants, and none who take refuge in Him will be condemned.” We are not to judge or condemn other people. 2 Corinthians 5:17-18 Therefore if anyone is in Christ, the new creation has come; the old has gone, who reconciled us to himself through Christ and gave us the ministry of reconciliation. God has given so much to us. This is His message for us in Lent. He wants to reach out to us because he is the God of love.