Hold On To The Promise 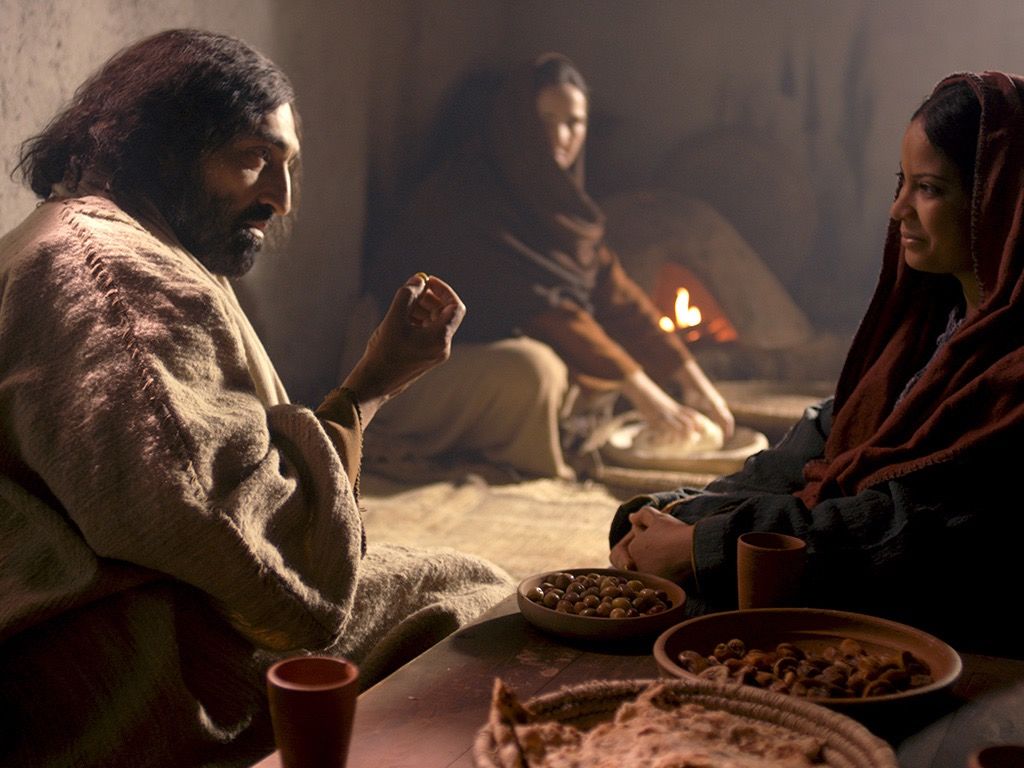 Our lessons each Sunday are guidelines on how to use all that God has given us that we may manifest the life that He intended us to have, to bring glory to Him. It’s no longer walking blindly through life, not knowing the hope that is ours, but it takes away the anxieties. If we truly believe what God has said, there will be peace in our lives and our attitude toward life will change.

The Old Testament reading is a strong proclamation of faith and hope and the promises of God being fulfilled. When God created man, He called Abraham to be one of the main pillars of His plan. Abraham left his family to go where God sent him. He lived in a tent, a symbol of something temporary. We are on a journey, we’re not established in permanency in the flesh; we’re still in the process of growing and being in a tent speaks to us that we haven’t arrived in a permanent place. God spoke to Abraham as Abram, that he would be the father of many nations; that his children would be as sands on the sea. Sarah hadn’t borne a child, but God promised Abram that through his seed, His Kingdom will be established. Imagine the frustration of Abram and Sarah because the promise was taking so long to be fulfilled.

In Genesis 18, Abram was living in a tent where God sent them. He was sitting by the entrance of the tent and possibly, he sensed that something significant was about to happen. He saw three men, ran to them and bowed to them all the way down to the earth. There was obviously a revelation in his heart that these three men were special. Listen to his greeting: “My Lord”. He didn’t say, “My lords”. In my thinking, these three men must represent the Trinity, and he saw them as God. This shows us the heart of Abraham, his commitment and diligence. He pleaded with them to stay, “If I have found favor in your sight, please don’t pass by”. He asked for water so they could wash their feet, and then asked them to rest under the tree because it was the heat of day. He asked Sarah to prepare three measures of fine flour for the bread to be baked. He then asked a servant to get the choice calf and prepare it. We’re not told how long the whole preparation took but it shows Abraham’s commitment toward the three men. He fed them a full meal, and as they were finishing their meal, they said (notice the plurality coming out in a single message, the unity of the three symbolizing the Godhead), “Where is Sarah, your wife? I will surely return to you at this time next year and Sarah will have a son”. Sarah was listening at the tent door. Here is God’s promise being fulfilled because Abraham received these men with honor. This is a pattern for us, for us to receive something from God.

“By faith even Sarah herself received ability to conceive, even beyond the proper time of life, since she considered Him faithful who had promised.” (Hebrews 11:11). Sarah was beyond the age of conceiving; she was in her 80s. Abraham was around 90, too late to have children. This was more than a miracle; they conceived past the time when they physically could. This shows us that when we think it’s impossible and we can’t do it, that’s the time when God will fulfill His promise. This encourages us not to give up but to hold on, give proper respect to the One who promised and believe that what He promised will happen. “Faith without works is dead.” We have to put our faith into action, do what we have to do and not pull back. Abraham knew that these men were special so he took care of them.

In the Gospel, Jesus came into the house of Martha and Mary. We are told “they” came into the house, so He wasn’t alone. Jesus traveled with 12 disciples and had 70 others with Him – 82 men, and including Himself, they were 83. Somebody had to work to take care of the needs of 83 men. It was a tremendous responsibility to feed all of them, but Mary chose to sit by Jesus’ feet to listen to Him. The meal preparation was left to Martha. Imagine the bitterness and resentment she felt when she saw her sister just sitting there, listening to Jesus. She told Jesus, “I’m doing all the work! Don’t you even care that my sister isn’t helping? Tell her to come and help me (paraphrase)!” She was frustrated so her voice probably wasn’t gentle. Martha was committed to the preparation of the meal, while Mary was the hospitable one who just sat down and talked. Notice the conflict between the two. Jesus said, “Martha, you are worried about so many things but only one thing is necessary, for Mary has chosen the good part which shall not be taken away from her”. Jesus isn’t saying that the other things aren’t necessary but He’s telling us not to be so involved in the work that we no longer have time to spend with Him.

Life comes from the time spent with God. People today spend hours on their phone and the Internet leaving very little time, if at all, for Christ. We see Martha and Mary in our world today, in our involvement in things that are worthless, rather than spending time with Christ in our prayers and devotions. How easily we make an excuse that we don’t have the time, when in truth, the answer to our prayers come when we give honor to God with our time. The world is in such confusion today because we don’t put God first. We give our children gadgets to keep them busy, instead of spending time with them, training them on the principles of God and giving them love. This is why they grow up with the wrong attitude toward life, why suicide and crime rates are going up. Don’t lose faith. If God promised it, He will fulfill it. He is faithful and able.

Colossians 1 tells us that Christ is in us, so how can He not fulfill His promises to us? If Christ is in us and the Spirit is alive, the Spirit gives life to the flesh. The flesh is deteriorating because we don’t allow the Spirit to bring out what God gave us. We have to believe that we will not fail because this is what He promised. John 17:23 “I in them and You in Me, that they may be perfected in unity….” We should see this unity in the Church because He promised it. Jesus has given us His peace. It will manifest if we believe. He’s not one who changes His mind. What He began He will finish; He won’t waver. It doesn’t matter what’s going on in the world. Every knee shall bow and every tongue confess that Jesus is Lord. Ephesians 3:17 “So that Christ may dwell in your hearts through faith; and you, being rooted and grounded in love….” We can respond in love even when we face difficult people.

Galatians 2: “….it is no longer I who live but Christ lives in me, and the life that I now live in the flesh I live by faith in the Son of God….” We can rest in God’s faithfulness to His promises instead of being distracted by other things like Martha was. We are reconciled through His death. We die with Him to overcome. Temptations are there for one thing – to strengthen us, not to destroy us or cause us to sin.

We say God understands. Yes, He understands that we’re not committed, not holding on by faith. He wants us to stand firm. “I’m holding on. I may not have it yet, but it will come because God promised.” In Ephesians we are told that from the very beginning, God chose us to be holy and blameless and what He established from the beginning will be. Even if we feel at this point that we’ve failed, it’s okay.

Yet from Abraham and Isaac came the kingdom of God. He meets the need; it doesn’t matter if all around us we see failure. When is the light the brightest? It is in the midst of darkness. When is a miracle seen? It comes at a time of impossibilities. I have always told you that the end will come only when we have the victory. We won’t fail. When you see a stranger, maybe it’s an angel in disguise, waiting to bring to you an answer to your prayer. So don’t ignore them. Because Abraham opened his heart to the strangers, he received the promise of God. When we reach out to others, it could be the answer we’re waiting for.