Hosanna! Blessed Is He Who Comes In The Name Of The Lord 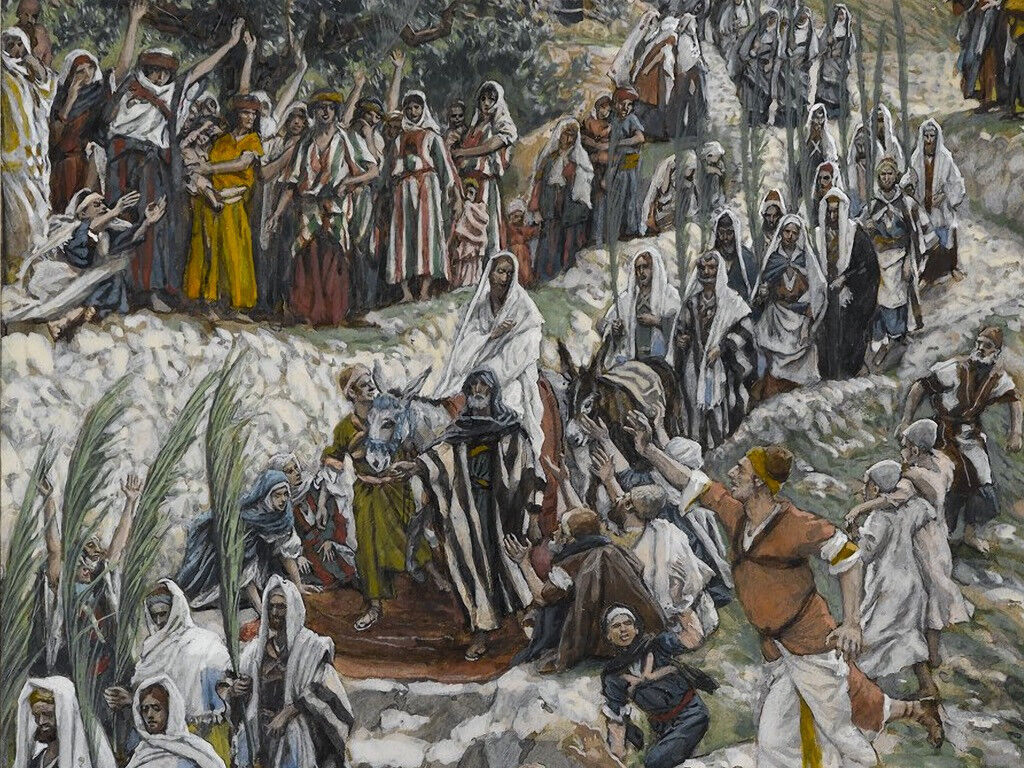 The Gospel today gives us a glimpse of what is going to happen the whole week. We see Jesus coming into the end of the highlight of His mission. He knew what He was about to go through. He knew the suffering and the pain he had to undergo. When He came into Jerusalem, He tells His disciples to get a donkey in the village. So they went to the designated place and saw a donkey tied there. They told the owner, “The Lord has need of it.” Immediately the owner of the house took heed. Why did he not have second thoughts or even question why? Because this had been planned by God and set in order ahead of time. Zechariah 9:9 “Rejoice greatly, O daughter of Zion; shout. O daughter of Jerusalem: behold thy King cometh unto thee. He is just, and having salvation. Lowly and riding upon an ass, and upon a colt the foal of an ass.” God sets the course and if we will only listen to Him and follow His instructions, we would be able to accomplish that which we are to do. Christ had to become flesh and bear the pain and sorrow in order to identify with man. It is unfortunate that words today have lost their meaning. But Christ lived out every word he said. He lived out His words. His words were backed up by actions.

Why did Christ choose a donkey? Because a donkey is humble. He did not choose a war waging horse which is a symbol of power and strength. The donkey was chosen to let us know Christ came in humility and in peace. And yet, He encounters hatred from the religious leaders who set themselves up as the authority figures, putting people in bondage with their own man-made commandments numbering to 600. When Jesus entered Jerusalem, people lined up to greet Him with palm branches and even threw their cloaks on the street shouting, “Hosanna! Hosanna!” The religious leaders demanded that the disciples stop the crowd from being so loud and noisy. Jesus turns to them saying, “If they don’t do this, even the stones will cry out.” This is literally saying, it’s not just the stones or rocks that will cry out but the whole of nature.

Christ in His flesh knew the suffering to come. In the Garden of Gethsemane, He was struggling. But His prayer to the Father was, “Not my will but Your will be done.” He still taught in the temple everyday even though He knew He was going to face death soon. He continued to minister to the people. During the week, He was also confronted about paying taxes. His response to those who were questioning Him was, “give to Caesar what is due to him and to God what is God’s.” During the week, He also witnessed the rich man giving his money inside the temple arrogantly and wanting to be noticed. And a poor widow with only two mites which was all she had. Jesus said she gave more than anyone else for she gave out of her poverty. During the week, there was also the Last Supper from which the Eucharist originated from. Jesus was charged with blasphemy, causing aggravation to the people, they claimed He was teaching the people not to pay taxes, they also accused Him of proclaiming Himself as king. When Jesus was brought to Pilate, he found no fault in Jesus. He tried to convince the people several times about Jesus’ innocence but gave people the choice to choose whom to release, a prisoner or Jesus. The people chose Barabbas, a criminal and a murderer to be set free.

When Jesus died on the cross, nature reacted. There was darkness. There was an earthquake. Graves opened up and the dead rose up. Today on Palm Sunday, we proclaim Christ as the Lord, just like the people who lined up the street shouting their Hosannas. But when difficulties come into our lives, whose side are we going to be on? We should keep waving our palm branches in commitment to God every day.