Living Out Our Faith 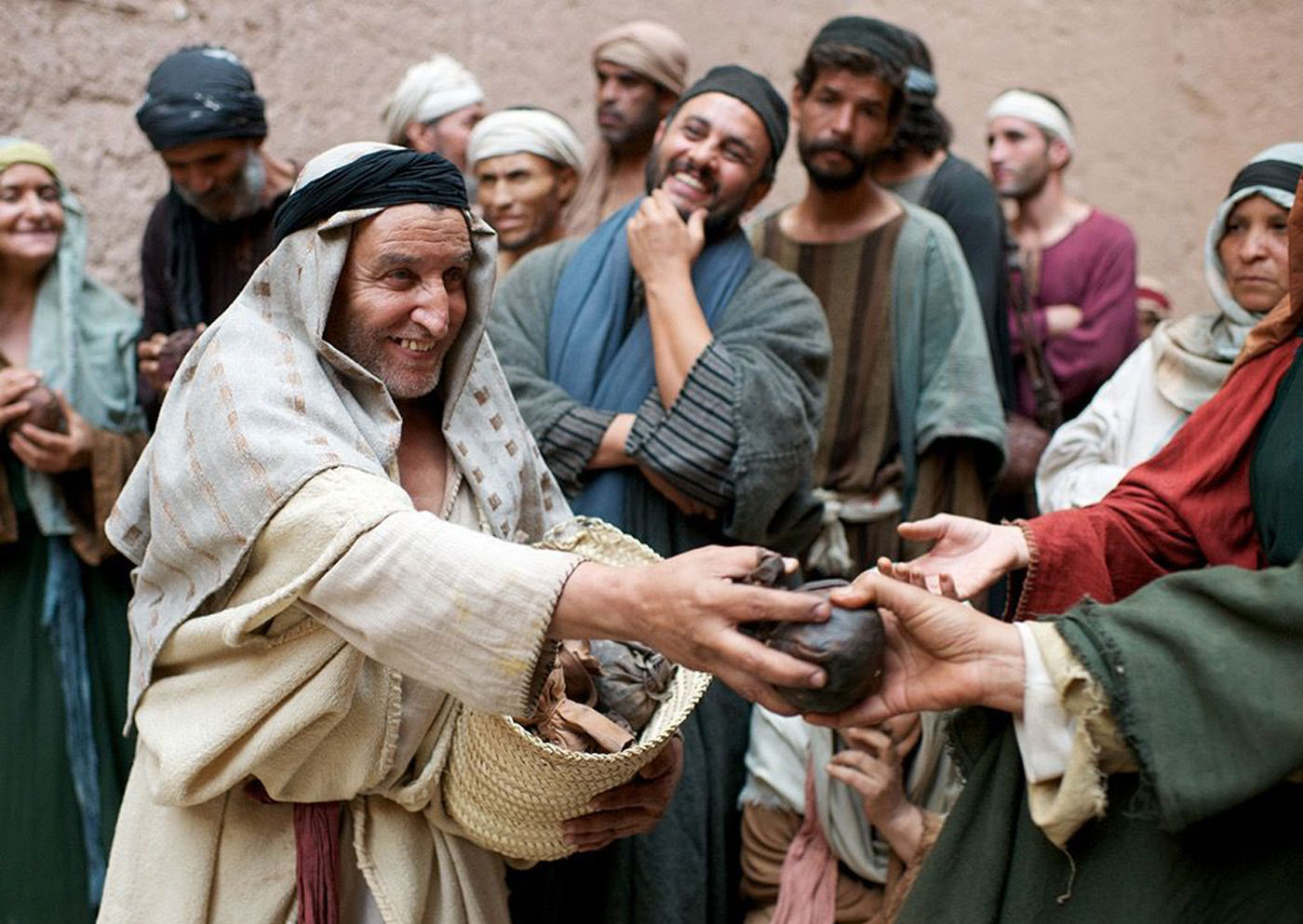 Today’s lessons from the Church fathers seem to blend with all the Scriptures given for All Saints Day; so I blend them together for us to understand the will of God for our lives. Most Christians don’t realize that we’re on a journey to prepare us for eternity, and not everything that’s happening is necessarily evil but they are all meant to make us strong in our faith and prepare us for an eternity of living with God. He is a God who does not fail and never forsakes. If He says He’ll do it, He will. We’ve become exposed to people who do not follow through with their words and this clouds our perception of God. Israel took 40 years to enter the Promised Land. We, too, are being led to the Promised Land in this journey and it’s taking us longer because we’re not paying attention to what God is showing us.

The Scriptures today show us what happens when we don’t obey God. In Isaiah 1, Israel is in rebellion and Isaiah is telling the people to ‘hear the word of the Lord”. Hearing requires action; hearing is obeying the word of the Lord. In the Gospel, Jesus declared to Zaccheus that salvation has come upon his house when he acted on his faith by saying that he will give half of his possessions to the poor and if he has defrauded anyone, he will give him back four times as much. When Isaiah told the people to hear the word of the Lord, he was telling the people to give heed to His instructions. God spoke of His anger at the people’s rebellion: “I have had enough of burnt offerings….incense is an abomination to Me. New moon and sabbath and the calling of assemblies….I cannot endure iniquity and the solemn assembly….” God hates the hypocrisy of all these rituals because the people’s hearts were rebellious. In the same way, going to church does not please God if our hearts and the way we live are contrary to His teachings. Our actions must come from what’s in our hearts. Israel was doing all the required assemblies and sacrifices but these were empty because their hearts had turned away from God. Just like the Mafia who would kill and steal, then bring some of the money to the church so they could be forgiven. Their giving to the church was useless because there was no corresponding change in their lives.

Ecclesiasticus: “Draw near and serve the Lord….prepare for temptation (testing)”. Some say that if you get born again, everything will be beautiful in your life. This is a lie! The testings will come when you give your life to God, and they are given not to destroy us but so that we can use the gifts God gave us. Look at the lives of saints; they led very hard lives, their faith severely tested. This is a lesson for us – when the tests come, we declare our faith in God. We know our God; He will not forsake us. We live this life so that in the end, we will be honored because we’ve faced the test with courage. “When you come to serve the Lord, prepare for trials. Be sincere of heart and steadfast….accept whatever happens to you….for in the fire gold is tested….trust in the Lord and He will help you….You that fear the Lord, wait for His mercy, do not stray lest you fall….Consider the ancient generations long past and see: has anyone trusted in the Lord and been disappointed?” The “ancient generations” refer to the saints, our cloud of witnesses encouraging us in this journey.

In 2 Thessalonians 1, St. Paul encourages us to maintain our “perseverance and faith in the midst of all your persecutions and afflictions”. If we take our eyes off the goal, we could fail (we may then take justice into our own hands and take revenge). This is why we are exhorted to persevere in our persecutions.

On the occasion of All Saints Day, we are challenged to love all the saints (Ephesians 1:15), even if we don’t agree with them. A hallmark of the saints is they held firm to their faith in God even if it meant facing death. They knew that even if their bodies die, their soul would live on with God. The soul can’t die. We see death and we think it’s all over. No; rather it’s an advancement to a new relationship with God. If you look at world events today, you may think that the end may come soon. In the news recently, Angela Merkel, the German President was in tears because of what’s happening in Europe. Despite all this, we continue to put our trust in God. “Know the glory of His restoration; the strength of His might.” He never fails. He holds all of creation, the universe in His hands. Don’t be upset with people and circumstances. God is in control. He holds us upright in His hands. One day we will be perfect like Him.

In the Gospel, we read about Zaccheus, a chief tax collector who was small in stature. He was hated by the people because he was a tax collector and worked for Rome, the enemy. He collected more than what he should and appropriated the excess for himself. Yet even if people saw him as a sinner, he desired to see Jesus. So when he learned that Jesus was passing through, he ran ahead and climbed up a sycamore tree, something someone of his stature wouldn’t do. He did this because he was small and wanted to stay away from the people who hated him. The Lord saw him and Zaccheus was shocked that he was seen by Jesus. Then the Lord invited Himself to Zaccheus’ house.

The Gospel for All Saints Day is about the Beatitudes. The Lord calls as “blessed” those who are put down –those who hunger and thirst for righteousness, for they shall be satisfied. When we think we can do nothing – that we’re nobody, that’s when God can work the most in our lives. It’s hard for God to work in rich and “important” people who think too highly of themselves. Search the Scriptures for the characteristics of a saint. A saint is one who loves his enemies and turns the other cheek. He is not judgmental because he knows that God alone is the Judge.

A modern day example of a saint – one who consistently lived out the life God had given her – is Mother Teresa. She was born Anjeze (Agnes) Gonzhe Bojaxhiu in Macedonia to a relatively well-off family. She considered the day she was baptized as her “true birthday”. At an early age, she already had the desire to serve God and commit herself to a religious life. At the age of 18, she left home to join the Sisters of Loreto in Ireland where she learned English because English was the language the Sisters of Loreto used to teach schoolchildren in India. She never again saw her family. She gave up everything to serve the Lord. She arrived in India and took her religious vows as a nun in 1931, choosing the name Teresa after St. Therese of Lisieux. She was disturbed by the poverty she saw in Calcutta and Christ spoke to her and told her to abandon teaching to work in the slums of Calcutta, among the poorest and sickest people. She saw a dying man on the street, washed and comforted him and brought him to a vacant building. She begged for food, not for herself but for the dying man. She wanted the last moments of those she cared for to be filled with love. This is where her ministry, The Missionaries of Charity, was built upon. She was small in stature, like Zaccheus, yet took on a big task. She kept bringing the very sick into the vacant building till the local officials donated the building to her cause. She impacted the whole world with her work that when she died, the whole world “stopped”. She gave everything for her work, never thinking of her own needs or feeling sorry for herself. She is the picture of a saint. Even if the Vatican didn’t canonize her, she would still be a saint in the eyes of God. I remember one event that impressed me about her character. She was invited to speak before a group in the US where she spoke after President Clinton. In her speech, she turned to the US President and said, “The God that I serve is not the same God that you serve because my God does not kill babies”.

We are to face difficulties without giving up. Hebrews 10:36 “For you have need of endurance, so that when you have done the will of God, you may receive what was promised.” A saint holds fast to his faith and stands firm.

Hebrews 12:1 “Therefore, since we have so great a cloud of witnesses surrounding us, let us also lay aside every encumbrance and the sin which so easily entangles us….” It’s so easy to be discouraged and get offended nowadays. We want revenge when we know that justice is in God’s hands. This is why we need the saints, our cloud of witnesses to encourage us and cheer us on our journey. The early saints went through horrific persecution; they were burned at the stake. Yet they faced death with courage because they knew that life would continue with God for eternity. One saint told his executioners that they didn’t need to tie him up because he wasn’t going anywhere. Soon we may have to face the time when we will have to defend our faith. Will we be ready? We must prepare ourselves that when the testing of our faith comes and we will have to defend our faith, we will have the confidence to do so because we know that God will not leave us.

Let us always look to Christ. He left His place beside the Father to take on flesh so He could save mankind. They persecuted Him, humiliated Him, scourged Him and nailed Him to the cross, but He obeyed His Father and was victorious. He loved all, even the non-Jews. Through Christ, God shows His love for all men. This is our challenge today – to live out our faith. God will not fail us. And on All Saints Day, remember that your loved ones aren’t in the cemetery. They’re here, with the saints, the cloud of witnesses. On this 24th Sunday in Ordinary Time and All Saints Day, we are called to live out the life God gave us. Act on your faith. It was when Zaccheus committed to the Lord that he would give half of his possessions to the poor and will return four times as much if he defrauded anyone that salvation came to him. On All Saints Day, we give witness to the greatness of God.