Living and Praying With Humility 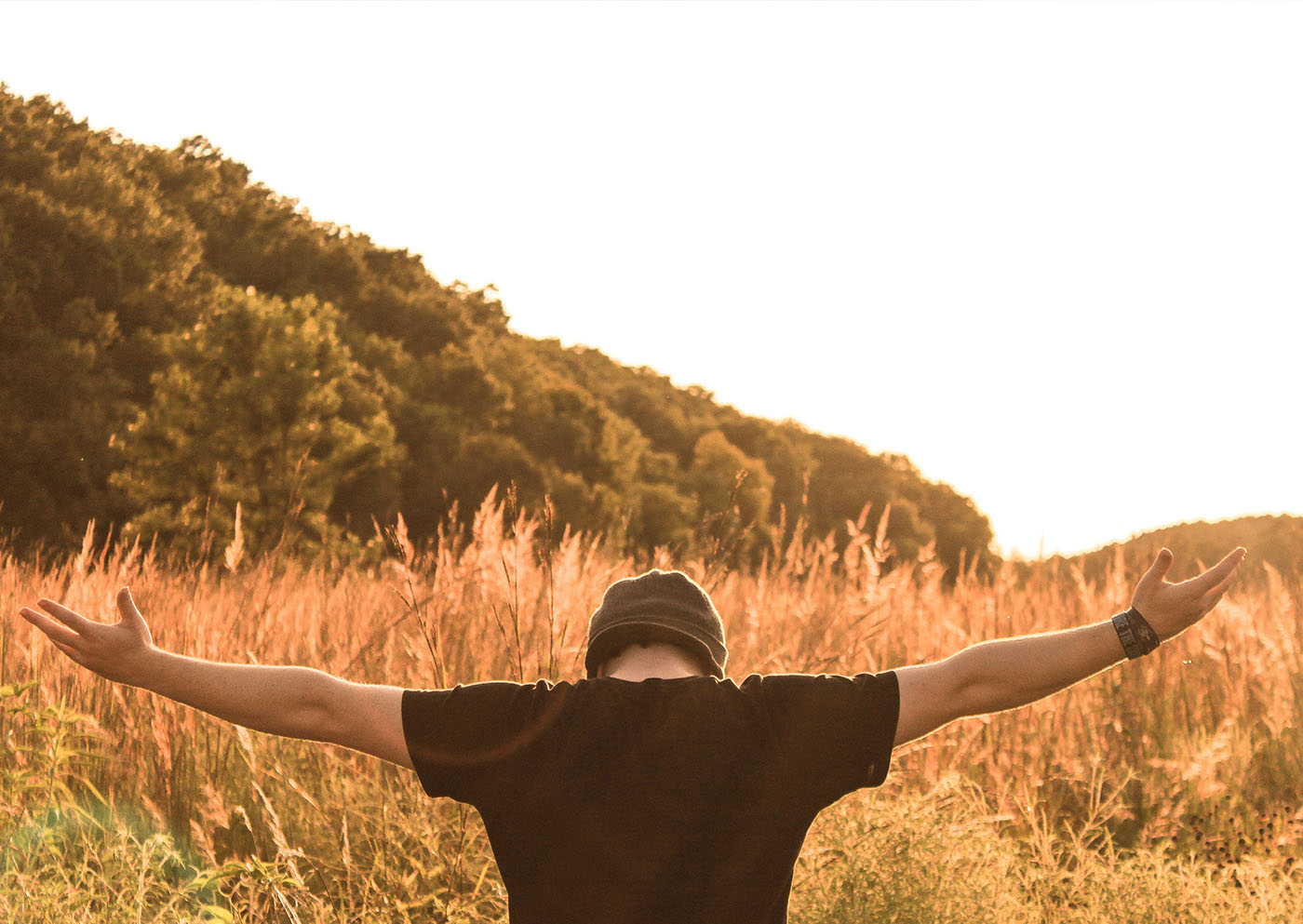 Time goes fast! How quickly we have journeyed from Easter and now we’ve come almost to the point of Advent, starting all over again. Are we paying attention to what God is telling us? Can we ever measure up to all that He’s given us? No, but there should be thanksgiving in our hearts because despite our failures, He still credits us with perfection. He wants us to learn humility today, not boasting and bragging but putting our hopes on what He has done.

The Old Testament reading is from Jeremiah, the weeping prophet. He was concerned for the people because they were disobedient to God, and suffered the consequences – drought, famine, the sword. The bad things in our lives are not because of God; we bring them upon ourselves. In this reading, Judah was suffering through a famine because of its disobedience. The world is in turmoil today because of our disobedience. We make the wrong right. Take a look at abortion – we put criminals behind bars but we don’t care for the innocent and don’t think anything about terminating life in the womb; we don’t want the responsibility. God cares for the weak; He doesn’t condemn. Bad things happen to us because of our rebellion towards the things of God.

In 2 Timothy 4, Paul tells Timothy that he was already being poured out as a drink offering and the time of his departure has come. But he wasn’t feeling sorry for himself. He was in jail because of his love for others. “I have fought the good fight, I have finished the course, I have kept the faith.” Here he emphasizes the importance of our faith in Christ. The Lord did ask if He would find faith in the world when He comes. Today, man looks after his own needs and pleasures rather than being faithful to God by accomplishing the work He has given us to do. Not St. Paul who, even during his imprisonment, continued his work for God. He went to Rome to bring the Romans to God through the Gospel. The Romans didn’t understand that in persecuting Paul, they were effectively bringing more people to God. Sometimes what we perceive as evil is really good. Paul knew that when he dies, he will get a crown of righteousness because he gave his all, even while acknowledging that he still fell short. “The Lord stood with me and strengthened me, so that through me the proclamation might be fully accomplished, and that all Gentiles might hear; and I was rescued out of the lion’s mouth. The Lord will rescue me from every evil deed, and will bring me safely to His heavenly kingdom….” And he gave God all the glory.

In the Gospel, Jesus told a parable about two men who went up to the temple to pray at the hour of prayer. This means that they were Jews following the Jewish law to the best of their abilities. Jewish law prescribes prayer three times a day – at 9am, 12nn and 3pm – for the common people. If you go to the temple during these prayer times, it was even better. That these two men were in the temple for prayer shows their commitment to the Jewish law. God has set this as a pattern for the Church to follow. Today we pray and worship at our convenience; we choose the time and place. In the Cathedral, we scheduled services and prayer times according to God’s principle. It didn’t matter that the rush hour traffic coincided with our 6pm service. During our Magallanes days, we would set meetings in the afternoon and the people would leave their jobs to join the meetings. Today we make all sorts of excuses not to go to church. Even if we’re no longer under the law, we still follow the pattern set by God.

The Jewish law calls for a fast once a week. The Pharisee was going beyond the requirement of the law; he was fasting twice a week. The Jews would fast on a market day. When they did, they made their face white, put on rags and didn’t hide in their house but went to public places so the people would see. They wanted attention. The Jews still do this on Yom Kippur. The Pharisee was praying in the midst of the temple out loud so the people would hear him. He talked to God about other people – swindlers, adulterers, including the tax collector with disdain. The tax collector, on the other hand, was in a quiet part of the temple, praying quietly with bowed head. Hear the Pharisees’ prayer: “God, I thank You that I am not like other people: swindlers, unjust, adulterers, or even like this tax collector. I fast twice a week; I pay tithes of all that I get”. He tithed on everything, even if the law prescribed that they tithe only on what the produce that they sell. Tax collectors worked for Rome and collected more than what they should, appropriating the extra for themselves. This is why they were hated. The Pharisee was comparing himself to the tax collector, effectively calling him a scum while commending himself to God as being praiseworthy. The tax collector, on the other hand, was doing the opposite, acknowledging that he wasn’t worthy. But it was the tax collector who went home with more favor from God. The Pharisee could have really pleased God and received His blessings because he was doing more than what was required of the law in terms of fasting and tithing, except that he was boasting. If he only compared himself to Christ, he would have realized that he’s nothing. We must realize that we can never do enough to repay what God has done for us. This is humility. We must never be like the “self-loving” Pharisee.

Sometimes we think that we come to church to be blessed. This is a wrong attitude. We come to be a blessing. This is what some churches advertise – “Come and be blessed!” Some are just in church for the praise and worship. Worshipping God is more than just singing a song. It’s listening to God and obeying Him. We need to make certain that we’re living out lives that bring praise and worship to God. The Gospel warns us of pride, of boasting about all that we’ve done.

“When I return to earth, will I find faith?” Do we really walk by faith in God? This speaks of our prayer life. Do we pray begging? We should always pray with thanksgiving. Humility is acknowledging that we have sinned and our dependence is on God who wiped away all our sins. It’s only by God’s favor and mercy that we still live in spite of our sins. It is a fine line we walk on – we can’t wallow in self-pity, seeing ourselves as sinners, unworthy and worthless; yet we also can’t boast in what God has done for us. Instead, we thank Him for what He has done for us and then reach out to others with the same mercy to lift them up. We are one Body – Protestants, Catholics – and therefore, we shouldn’t be attacking one another. We can’t condemn others because we think we’re better than them.

Proverbs 19:22 “Mercy is fruit to a man and a poor righteous man is better than a rich liar.”
James 4:6 “God is opposed to the proud, but gives grace to the humble.” Grace comes with humility. This allows us to do the work of God.
Matthew 7:1 “Do not judge so that you will not be judged.” We have violated this. We judge one another, and as a result we find ourselves being judged. This is the law of sowing and reaping in operation. We can’t seem to see our own mistakes but we are so quick to find fault in others.
Luke 6:37 “Do not judge and you will not be judged; and do not condemn and you will not be condemned; pardon and you will be pardoned.” God saw the need of humanity and was willing to leave the Father’s side, go through the suffering of the cross – the humility and the shame. He died for us. For us! He didn’t come to judge. Who are we then to judge and find fault in others? We need to be aware of what’s wrong, but we don’t point a finger and judge. God loves the sinner. It’s the sin that He hates.
Hebrews 12:23 “….God, the Judge of all….” We don’t judge nor condemn because God still loves the sinner. If we judge and condemn, we put ourselves in the place of God, or even set ourselves as better than God. We don’t want to face God on Judgment Day with this sin. All of us fail in this. We should realize that our work is restoration.

The lesson today in prayer teaches us that God wants us to be humble. This doesn’t mean belittling ourselves and certainly not boasting and bragging. It calls us to use what God has given us to lift up others. We are recipients of His mercy and we should be thankful. We obey, not by law but by choice. We are to be like Paul who was assured that he had a crown waiting for him, but he didn’t boast about it. He didn’t complain even when he was imprisoned, but used his imprisonment to bring glory to God. Today we are challenged to be like Christ, humble before God, thanking Him for everything.