Manifesting The Character Of God 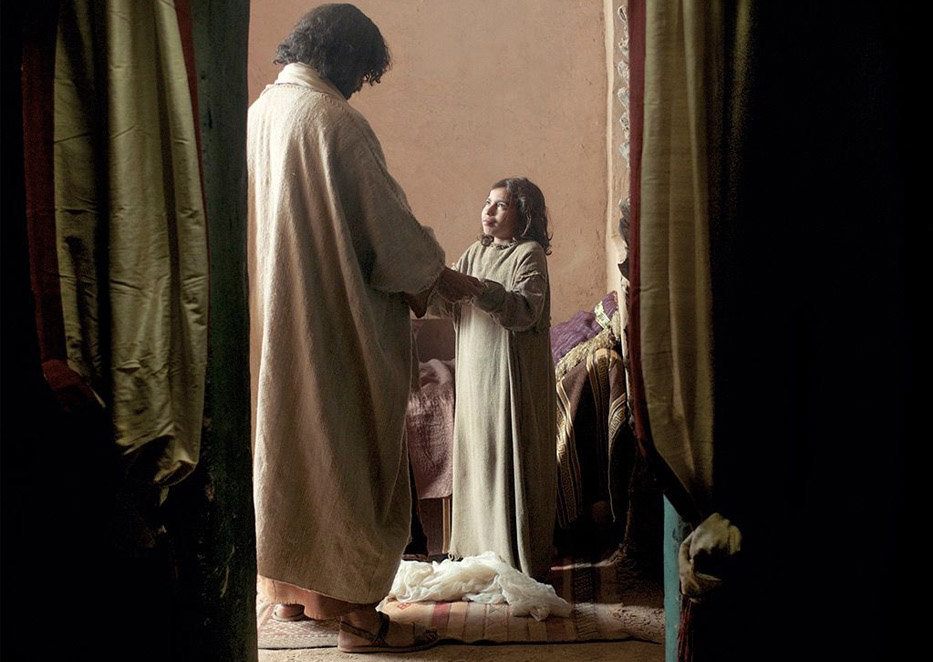 Archbishop Hines: Today we are privileged to have a guest to share God’s Word for us. Many of us have heard the story of Father Fernan. He is from Monaco, a place of the wealthy. His ministry is not just in Monaco but also in Bahrain and Dubai. He moves around quite readily and he has a message for people: God loves them and will not fail them.

Father Mallari: I would like to thank Archbishop Hines for giving me the opportunity to be a blessing to us today. I came from a slum area in Pampanga. My father is a farmer so we live in a very low environment, but I believe God brought me to Monte Carlo and now I work in a red carpet area. Again I would like to thank Archbishop Hines and sister Jane for allowing me to share the Word of God to you today. Many years ago I didn’t want to mingle with them, especially with Archbishop Hines because they speak English and I didn’t. I hated English and I didn’t want English-speaking people attending my services because it made me very uncomfortable. But I was being challenged because as Archbishop has told us many times, God has given us everything; we lack in no good thing. This helps me understand who I am, as Archbishop has shared from Genesis that God created us in His image and likeness. We are in Ordinary Time where ordinary doesn’t mean common. As God’s people we make everything extraordinary by manifesting the character of God. This is our responsibility. God gave us gifts and we need to handle them properly by being fruitful and multiplying these gifts, talents and abilities.

Every time I come to the Philippines, I observe that many Filipinos, especially in our area seem to be idle most of the time. Please understand that I don’t say this to criticize. But what I want to drive across is that we have heard the Word of God explained to us so many times that there’s no reason why we still don’t manifest it in our lives. Christianity isn’t a ritual. Many go to church as part of a ritual. In reality, our coming together is a celebration of the life, death and resurrection of Jesus Christ. We have been given new life in Christ. In evangelical circles, it is called being born again. In this new life, we need to demonstrate the character of God. Jesus demonstrated the character of God in His flesh and we are to do the same – manifest the character of God in our flesh. I’m not there yet, but thank God He continues to give me confidence and assurance. I still struggle with a low self esteem because I didn’t go to college. When I went to high school, I still couldn’t read. This is why I didn’t like people who don’t understand Tagalog in my services, and why I didn’t like giving English services.

There was this one time where, because God gave me the gift of healing, A Sri Lankan came to attend our service. Because I saw signs and wonders of people being spontaneously healed, I was saying, “There’s nothing impossible with God! All things are possible with God!” After saying that, God confronted me because there was this Sri Lankan guy and I had to speak in a language he could understand. So I challenged myself to learn English. I asked the people to give me five years to face my Goliath and learn English. This tells me that we need to practice and improve on the abilities that God has given us by using them for His service. Thank God that Archbishop now understands me because I’m now able to speak to him in English. You understand me even if my English isn’t that good yet. What I’m saying is we need to push ourselves if we have an understanding or revelation of who we are. We came from God. It was a realization to me that I didn’t come from the province; I came from God. If you came from God, you can manifest His character. We know from Scripture that we have the Holy Spirit. If we have the Holy Spirit, why won’t we allow Him to work in our lives so we can manifest the character of God? This is the challenge and the responsibility that God has given us. We are accountable to God. If we’re not growing spiritually, that is, if we’re not manifesting the character of God, we will be accountable to God. If we believe in Christ, we must manifest His character and live as He lived while He was on earth.

Yesterday, in the middle of the night, the power went out in our house. In the morning I went to check the power house and there I saw two dead frogs. I got rid of them and then power came back on. I needed to go and find out what the problem was and then do something about it. This is a simple illustration that we have God-given abilities to help us work out the problems in our lives and in the lives of others. We need to manifest the character of God. Archbishop Hines has been saying this to us repeatedly, but we shouldn’t stop at hearing it. Learning isn’t bad, but what are we doing with all the learning? Many of us Filipinos complain a lot. We have mastered the art of complaining, not realizing that we have been given everything by God; everything that we need to live victorious lives. Many of us know the Word, but we still aren’t manifesting the character of God. We allow things, circumstances and people to stop us, not realizing that these oppositions help us to grow more. You need to challenge yourself. God gave us everything and we lack nothing. What else can we ask for? I heard someone say that heaven is bankrupt because God gave us His all. He gave us His Son to redeem us. We have become reconciled to Him. Before the fall, Adam was very powerful but he lost everything after the fall. Christ came to restore us back to Him. That’s our situation now – reconciled to God – and the challenge to us is to make something out of the abilities and potentials that God gave us. Many of us want more teaching, even to change the teaching; but what we need is to let the teaching change us. That’s powerful. Let the message change us. We want to hear more teaching but God has already given us everything and He’s now waiting for us to manifest His gifts.

I didn’t like to go into ministry because of what I perceived to be my lack of abilities. Archbishop told me that I was being selfish. I couldn’t understand that at first. How am I being selfish? Then I realized that yes, I was being selfish because I was only seeing my weaknesses. Scripture says we need to die to self. We need to forget ourselves so we can concentrate on what God wants us to do. As you focus on what God wants you to do, you forget yourself. I think this is what we need to do as Filipinos. In my case, I didn’t get proper schooling because I was lazy. My parents were always pushing me to study but I was lazy. I’m not blaming my upbringing because I realize that if I didn’t come from such a life, I would have no testimony today. After the life I’ve had, I’m now able to manifest the character of God. From my humble beginnings, I now walk the streets of Monte Carlo. You see the progress there. I also do ministry in Muslim countries and I wear clerics when I’m there. Archbishop has asked me to be careful about wearing my clerics there but I’m not afraid to do so.

So I want to encourage us by reminding us that we were created in the image and likeness of God. You should know who you are because until you do, you won’t be able to become what you were created to be and take the direction God is pointing to you. There’s a Filipino saying that goes, “Kung hindi mo alam ang iyong pinanggalingan, hindi ka makararating sa iyong paroroonan”. We need to understand who we are and what we’ve been given. Jesus redeemed us and gave us the Holy Spirit and gifts. That’s why He said we lack in no good thing. How come we’re still complaining? Because we’re still not using properly what He’s given us. I believe that one day this place will not be enough to contain those who will come to worship. But this will happen only if you’re manifesting the character of God. You’ll be a testimony of God’s greatness. I visited two sick people yesterday. One of them hasn’t been able to walk properly for 20 years. I prayed over her and then she began to walk.

We need to manifest the character of God. What I’m sharing is something that Archbishop has shared many times. I always made sure that I get copies of his teachings even from way back because I learn and get revelations from him. This is why I now have the confidence and security to fulfill God’s mandate to me. Every time there’s a need for healing and encouragement, I’m there. I always tell people, especially those who love pity parties, those who harp on the mistakes they’ve made and don’t want to move on that they need to forgive and forgive themselves also. God loves us. I can say this because I’ve been through a lot of pity parties myself. I used to love pity parties, but what good will they do? You have to fix yourself, move on and realize your mission in life.

Now I would like to move on to another part of the service. Read Mark 5:25-34. “A woman who had had a hemorrhage for twelve years, and had endured much at the hands of many physicians, and had spent all that she had and was not helped at all, but rather had grown worse – after hearing about Jesus, she came up in the crowd behind Him and touched His cloak. For she thought, ‘If I just touch His garments, I will get well’. Immediately the flow of her blood was dried up; and she felt in her body that she was healed of her affliction. Immediately Jesus, perceiving in Himself that the power proceeding from Him had gone forth, turned around in the crowd and said, ‘Who touched My garments?’ And His disciples said to Him, ‘You see the crowd pressing in on You and You say, ‘Who touched Me?’ And He looked around to see the woman who had done this. But the woman fearing and trembling, aware of what had happened to her, came and fell down before Him and told Him the whole truth. And He said to her, ‘Daughter, your faith has made you well; go in peace and be healed of your affliction’”. What I want to emphasize here is we always focus on the preacher or priest-healer but Jesus said, “Your faith has made you well”. The healing depends on you. We need to stop focusing on people. We focus on Him, the Source of everything. Scripture tells us that by the stripes of Jesus, we are healed. We’re here as God’s instruments, sharing the Word of God to you that your faith may grow; focusing our eyes on Jesus, the Author and Finisher of our faith.