May Our Eyes Be Open 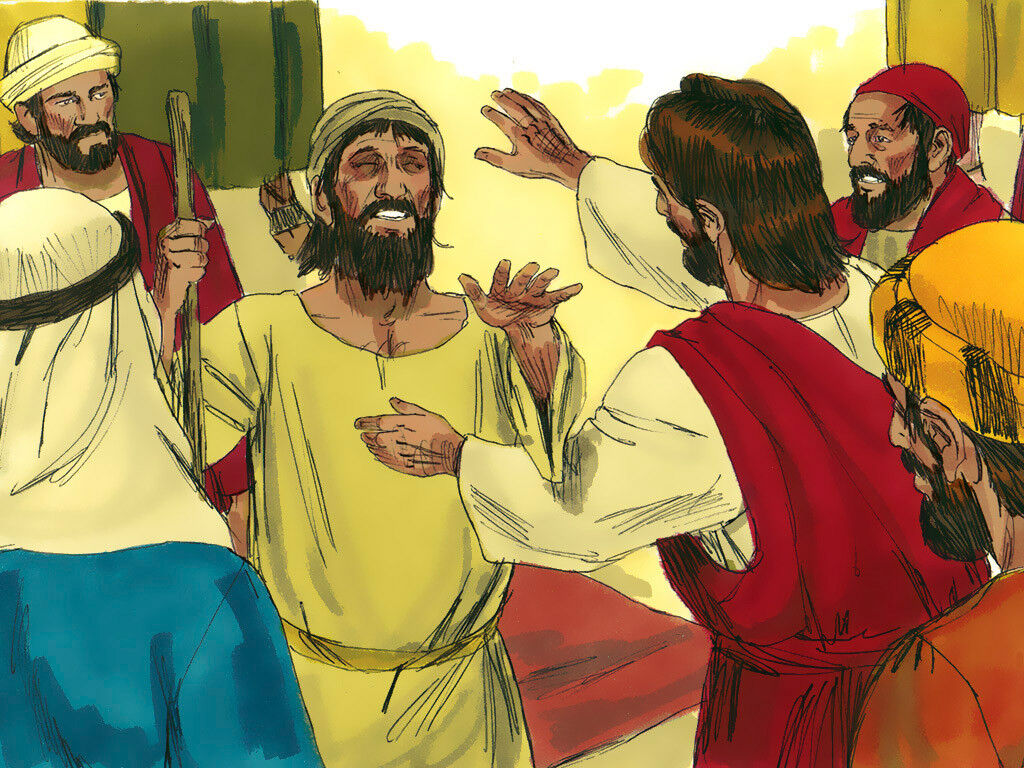 Jesus had been on a journey for eight months, ministering to the people and meeting their needs. He is now coming close to His destiny in Jerusalem – the last city before Jerusalem was Jericho. As they were walking, many people began to follow Him as it was nearing the Passover. As they entered Jericho, the multitude followed closely behind because they wanted to hear Jesus teach. Many times, His own disciples could not comprehend what Christ was going to be doing. They were seeing things from their own perspective, their own understanding.

When God created man, He made sure to create everything needed by man first. The enemy however, deceived him and caused his fall, and thus, sin entered into the world, making the enemy its ruler. With the enemy ruling, there came wars and chaos. For a very long time, the world was being ruled by sin. Christ was wanting His disciples to understand His ways.

When Jesus was teaching the people, Bartimaeus, the blind beggar whose father was also blind, heard the commotion and asked what was happening. When he learned that Jesus was there, he called out the Lord’s name and when Jesus heard it, He immediately summoned Bartimaeus to come forward. Bartimaeus jumped up and ran towards Jesus. Jesus asked him what his request was, and Bartimaeus called Him, “Rabboni,” or “Teacher.” “I want you to regain my sight.” He had never seen anyone regain his sight, but he had heard of Christ and what Christ could do. This speaks so much of Bartimaeus’ determination and faith. He wasn’t going to let this opportunity pass. He threw off his beggar’s garments and came to Christ. Jesus then said, “Go your way, your faith has made you whole.” This act of faith not only healed him physically but also spiritually. After he got healed, he began to follow Christ. He had received his sight ad he was going to show forth God’s glory by following Christ. He was no longer a beggar. He was no longer blind.

Christ is showing us that our eyes should not be blind to the truth of God’s word. He was referring to spiritual blindness.

Luke 4:18 The Spirit of the Lord is upon me, because He hath anointed me to preach the gospel to the poor; He hath sent me to heal the brokenhearted, to preach deliverance to the captives, and recovering of sight to the blind.”

Genesis 1:27 “So God created man in His own image, in the image of God He created him; male and female He created them.”

The church talks so much about the sin in the garden, when she should be talking about our being created in the Image of God.

Psalm 8:4 What is man that You are mindful of him? And the son of man, that thou visitest him?”

We’ve got to let it sink deep in our hearts and minds as to who we are.

Acts 26:18 “To open their eyes, so that they may turn from darkness to light and from the power of Satan to God.”

Isaiah 42:7 “To open eyes that are blind, to free captives from prison and to release from the dungeon those who sit in darkness.”

Ephesians 5:8 For you were once darkness, but now you are light in the Lord. Live as children of light.”

Colossians 1:13 “For He has rescued us from the dominion of darkness and brought us into the kingdom of the Son He loves.”

1 Peter 2:9 “But you are a chosen people. a royal priesthood, a holy nation, God’s special possession, that you may declare the praises of him who called you out of darkness into His wonderful light.”

Romans 12:2-3 Do not conform to the pattern of this world, but be transformed by the renewing of your mind. Then you will be able to test and approve what God’s will is – His good, pleasing and perfect will.”

We have allowed stress and anxiety to fill our lives. We must begin to believe and open our eyes that we are not the ones who are outcasts. We have been chosen by God. We need to ask the Lord to open our eyes and follow Him, understanding who we are in Christ. We need to think the things of God. We shouldn’t be surprised in miracles. Miracles are God’s daily works.

Let this be the cry of our hearts, “Open our eyes Lord, we want to see Jesus.”