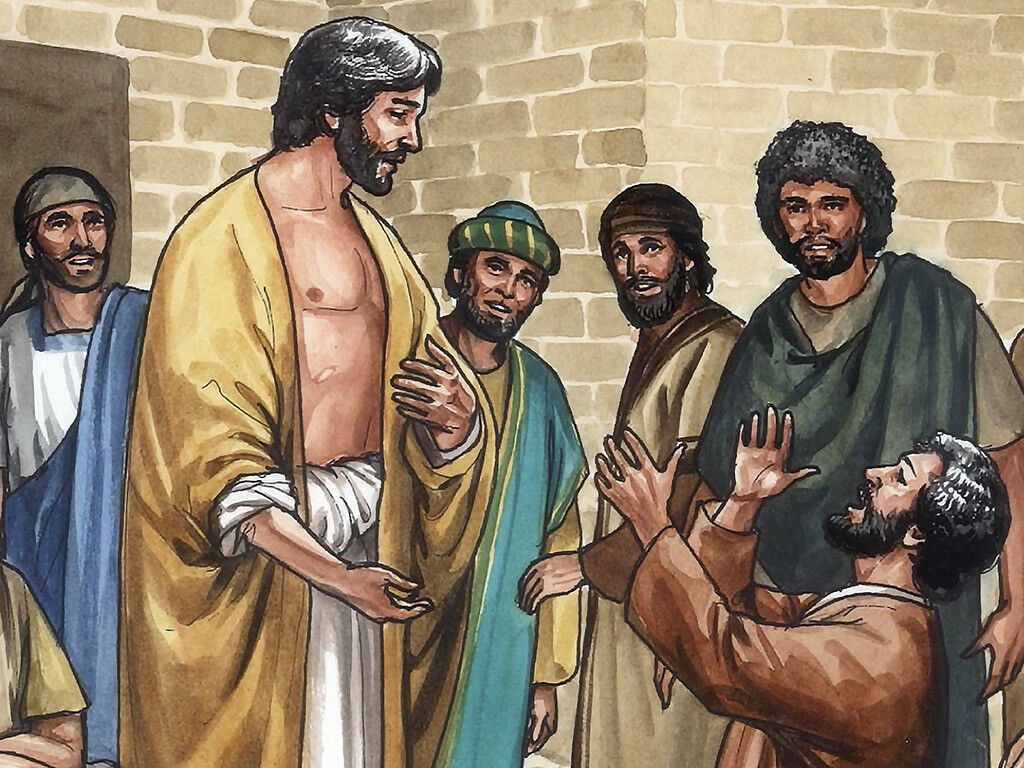 We learned in last week’s account during Easter about how the women discovered that Jesus was no longer in the tomb. On the latter part of the day, Jesus was walking along the road to Emmaus when He encountered two men, who urged Him to stay with them for supper because it was getting dark. So, Jesus went with them and sat at the table. He took bread, gave thanks, broke it and began to give it to them. This was when they recognized Jesus because their eyes were opened when He broke the bread.

In the evening, the disciples were gathered together in one place and they were in confusion and anxious about the turn of events. They had heard of the Lord’s story on a first account basis and yet they still had questions. They did not know what was going to happen to them. They were inside a locked room and were fearful, in spite of the fact that they had first-hand experience with the Lord Himself. There was a purpose for Jesus to appear before His people. It was to prove that He was alive. There had to be a witness of His resurrection. Coming from Emmaus, Jesus was now in Jerusalem and all of a sudden, He stood in the midst of them. The disciples were in shock and thought they had seen a ghost. But the very first thing He told them was, “Peace be with you,” showing them His side and the scars on His hands. He had to show them these concrete evidences to prove it was really Him and for them to believe. His appearance did not change. It was the same Jesus they knew. Isn’t this saying something to us… that in our own resurrection, what would we look like? Jesus was proving to them that He was real. After they saw Him, they began to rejoice. The anxiety was gone. He said to them a 2nd time, “Peace be with you. As the Father has sent Me, so sent I you.” He was telling them to continue the work He had done. Then He breathed on them, giving them the power, the authority and dominion to be able to accomplish His work with the help of the Holy Spirit. To take the gospel to the whole world, by giving them the responsibility to restore and rebuild man’s lives. And so, the disciples would come together and meet on Sundays.

Thomas, one of the disciples, was not with them the first time. On this Sunday however, he was present. The other disciples were telling him that they had seen the Lord. Thomas said, “unless I see the nail marks in His hands and put my finger to His side, I will not believe.” Jesus comes in and talks to Thomas, “Reach out with your hand to my side. Stop doubting and believe.” When Thomas heard Him speak, he said, “My Lord and my God.” Jesus’ wounds have been healed but the scars were there to show them He was real.

In Genesis, God gave man life by breathing the breath of life into them. In the new world, Jesus gave us His breath of life to restore us. We have the power. We are responsible for continuing God’s work. The church should be doing a lot of evangelism. More than just preaching, it is really showing people about God’s miracles of healing, of bringing hope and joy to those who are helpless. Ephesians 1:13 And in Him, having heard and believed the word of truth, the gospel of your salvation – you were sealed with the promised Holy Spirit.” God is with us. We need not fear. We should not be inside a locked room. We need to submit ourselves to what God wants us to do.

During the season of Easter, we are given great hope. Because through the Cross, forgiveness and restoration were given to us. Are we using what He has given to us? We should not only witness in words but more importantly, in action. This is why Sundays are so important because Jesus appeared to them twice. Receive the breath of life from God.