Our Savior Is Born! 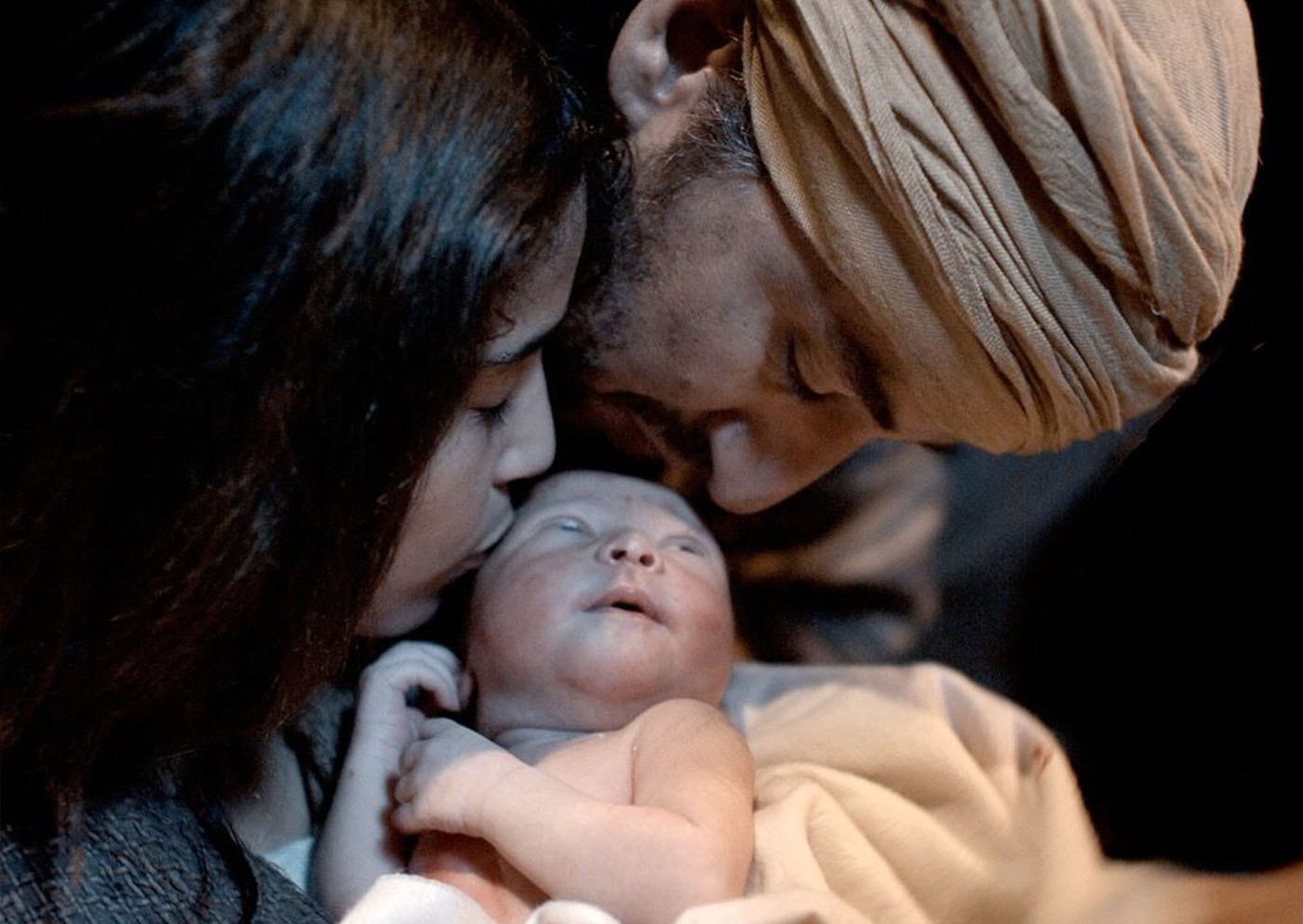 Such an awesome day for mankind! It took place hundreds of years ago but its meaning and effect are still with us, like it happened today, because of all the things that the Lord has done. God loves mankind. The evidence of this love is Christmas. He was willing to send His Son to take on flesh and become one of us, so that He may set us free and bring us back to the fullness of God’s provision for our lives.

Psalm 96 challenges us to set our mind on God, to “tell of His glory among the nations, His wonderful deeds among all the peoples. For great is the Lord and greatly to be praised….splendor and majesty are before Him. Strength and beauty are in His sanctuary”. Where is God’s sanctuary? In us! Strength and beauty are in us, His sanctuary! We need to renew our minds, stop seeing things negatively and believe that God turns failure into good. It all comes back to whether or not we set our minds to believe. If we believe, all things are possible.

We go back to what happened on Christmas day. In our current calendar, Christmas could’ve happened on the evening of the 24th because in the Jewish calendar, a new day begins at 6pm. But on the morning of the 25th in today’s calendar, Christ was born. It was dark and there were stars. This is why on Saturday evening, the birth of Jesus Christ is proclaimed. In choosing the time of Christ’s birth, God did something with meaning. If Jesus Christ was born at daytime, His light would have less meaning and impact. He was born in the midst of darkness. God is pure light. Darkness and the deeds of darkness – sin and death – has been overcome because of the birth of Christ.

Isaiah 9 tells us, “The people who walk in darkness will see a great light.” We see ourselves as being controlled by darkness – by sin, old age, sickness, poverty, etc. – when Christ took all this away and gave us life that doesn’t include death. We still allow our minds to dwell in darkness which is the enemy’s domain. Christ brought to us the evidence of the breath of God, His life in us at creation before sin entered the world. “He who is free is free, indeed.” Therefore we should not allow darkness and everything else that the enemy brings into our lives to control us. “For You shall break the yoke of their burden and the staff on their shoulders, the rod of their oppressor….” He took away the load off of us. “Cast your cares upon Him for He cares for you.” There’s no reason for us to still be carrying around our burdens.

When Isaiah talked about Christ’s coming, he talked about a child being born. Isaiah’s prophecy was so detailed that no one can imitate it and proclaim himself as the Christ. “For a child will be born to us….” Man failed the first time; at creation, man was full-grown. Christ came as a child because a child is innocent and trusting. A child trusts his mother to feed him and care for him. A child’s needs are always met by his parents. This is what God is telling us in sending Christ as a child. Jesus said, “Unless you become like a child, you can’t be saved and inherit the kingdom”. This underscores the importance of trusting God.

“For a child will be born to us, a son will be given to us….” Isaiah prophesied that God will give us a child, and a Son – innocent yet with power. Jesus went through 30 years of preparation. He was obedient to His Father, and in His obedience, power flowed into and out of His life. This truth tells us that when we walk in obedience to God, power flows into our lives. In contrast, when we have bitterness and anger, we get sick. We should allow God to take care of our worries. When problems come, we use the opposite spirit. For example, when people are angry at you, respond in love because love conquers all.

Christ was a Messenger of God. In the Old Testament, He was spoken of several times as an angel, the angel of the Lord. He was not an angel but simply took on the character of an angel – obedient. In the New Testament, Christ was referred to as a Son. He was obedient to His Father but with power to do His work. “The government will rest on His shoulders….” We think that government is political, which in our society today is mostly corrupt. The Government of God is to rule and exercise power for the good of mankind. Christ was called a child, a Son, and several other names: 1) Wonderful; 2) Counselor; 3) Mighty; 4) God; 5) Eternal; 6) Father; 7) Prince of Peace. These names are not connected, like adjectives to nouns. We lose the picture because we interpret these names the wrong way.

“There will be no end to the increase of His government or of peace.” This isn’t what we see in the world today. What we see are forces that are fighting the image of God – self-centeredness, greed, pride, lust for power, etc. What we see today is controlled by a few who want us to believe what they want us to believe. But I have hope, because if Christianity isn’t standing up, the enemy wouldn’t be fighting so hard. I believe that we will see many people’s lives changing and as they become more and more like Christ. There’s a report that Christians are being killed by the millions, but media in general won’t report this. All that they want to report is that Muslims are being persecuted. What God says is true; His Government is on the increase. There’s a move today to make people aware of “false news”. Facebook has been particularly vulnerable to this. These news lack truth, yet we allow them to influence us and affect our decisions. The Word of God is the only truth. This is the message of the birth of Christ: He brings us truth.

“There will be no end to the increase of His government or of peace, on the throne of David and over this kingdom, to establish it and uphold it with justice and righteousness from then on and forevermore.” All this is brought to us because of the grace of God. “The zeal of the Lord of hosts will accomplish this.” God is establishing justice and righteousness. We just have to stand back and see Him accomplishing this. Grace brings salvation to all. And we are to speak of this. What are we speaking of? What do we allow to come out of our mouths?

Isaiah 1:3 “An ox knows its owner, and a donkey its master’s manger. But Israel does not know; My people do not understand.” This is probably true in our lives: we don’t know what God has done for us. The donkey knew that Christ was born in a manger. It’s as if He was born in an animalistic society because He was going to change the lives of people. He was born in a filthy manger; God caused Him to be born there to change the situation, to remove the filth. Christ came to meet people where they are at – in darkness, in filth, in sin – and then give them redemption. The angels came and announced the birth of the Lord the shepherds in the field. Why did He do this? Why not to the Pharisees in the temple? The shepherds were the downcast, occupying lowly a lowly position in society. The Pharisees and Sadducees didn’t want the shepherds to come to the temple. But the angels were sent to the shepherds to lift them up and give them hope. In doing this, God was making a statement – Christ was coming for all. This is in Isaiah’s prophecy, if we will only allow the Holy Spirit to reveal the truths of God to us and not be content with just reading Scripture.

Jesus was born in Bethlehem but was raised in Nazareth. Joseph was from Bethlehem and had to go back there for the census, to comply with the decree of Caesar Augustus. Therefore Christ was born in Bethlehem and prophecy was fulfilled. In announcing the birth of the Lord to the shepherds, the angels were telling them that God loves them. They are saying the same to us today. Christ came to redeem us. The “animalistic” character of man was to be changed, and this is why He was born in a manger. Christ came as man but He never deserted His divinity. The heavens weren’t upset that He was born in a manger. Instead, they were rejoicing, saying, “Glory to God in the highest, and on earth peace among men with whom He is pleased”, because they knew that God was bringing peace to man. Don’t be deceived by the enemy. Christ has destroyed his power and he has no power over us unless we allow it. We need to renew our mind.

We put up many lights in our home for Christmas. We should do this – show our light to the world, instead of dwelling on our problems. We have to prove the love of God by the way we live our lives. We’ve lit the last candle on the Advent wreath. The time is now. God’s time is now, not tomorrow. What He did for us two thousand years ago is true to us now. He set us free today to live the new life He has given us. The things God gave us are for now. Christmas brings us joy and this joy should make us want to change people’s lives so that they, too, may have joy.

“Glory to God in the highest, and on earth peace among men with whom He is pleased.” We have peace when God is pleased with us. We are the sanctuary of God; His strength is in us. There’s no reason for failure in our lives. Failure happens because of lack of knowledge and understanding, and because we don’t obey God. So this Christmas, may there be a change in our attitude. Our God is great! Doesn’t matter what we’re up against; we have no reason to fear. This is Merry Christmas; joyous Christmas. We have the greatest gift – God’s love. And the proof of this love is this: Christ came on Christmas day.