Prepare Ye The Way Of The Lord 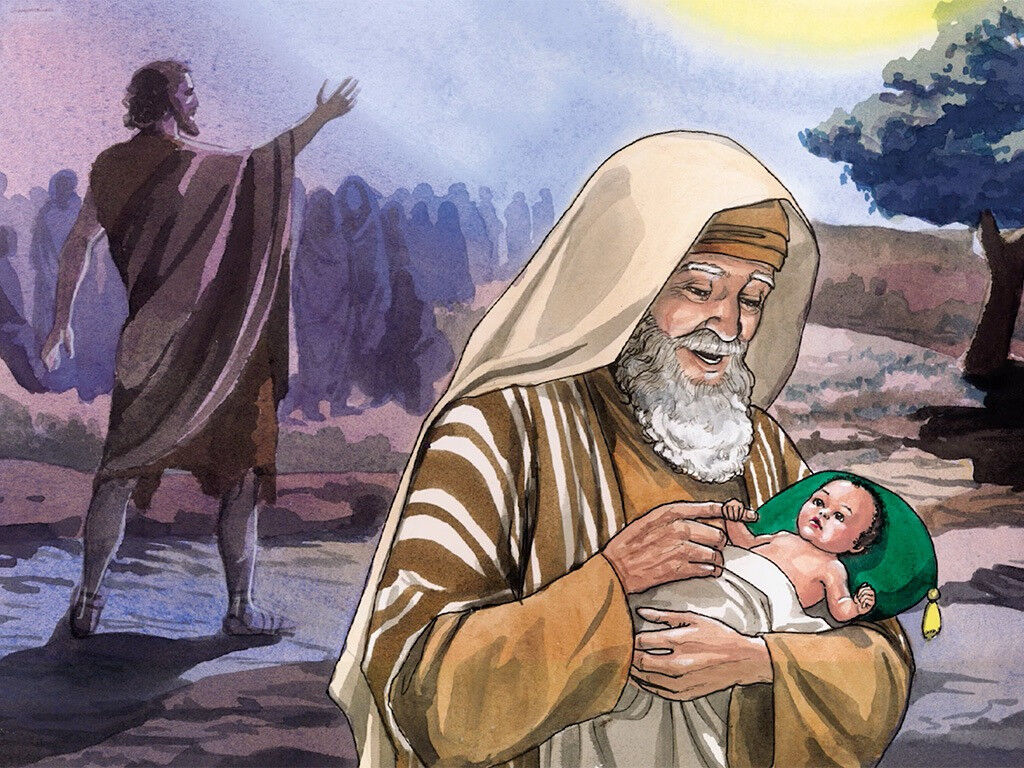 Advent, a season of preparation. A time to set aside the things that take our attention away from Christ. In Baruch, it says that we must take off the garment of sorrow or affliction and put on the beauty of the glory of God. And we are to put on the robe of righteousness that comes from Him. We are to set the course of our lives to follow Christ. Today’s lesson started prior to Christ’s coming. From the time of Tiberius Caesar, Luke mentions all the leaders who were cruel and despicable and who were trampling down the Jews. Luke was showing us that, in the midst of all the darkness, God was going to bring the light.

The Word of God came to John in the wilderness. He was the son of Zechariah who was a priest. We know that John wore clothing made of camel’s hair with a leather belt tied around his waist, and his food consisted of locusts and wild honey. He would preach in the areas near the Jordan river, preaching a baptism of repentance for the forgiveness of sins. Zechariah was a priest who would occasionally be assigned to take charge of the incense. There was this time that when he was bringing in the incense, an angel approaches him and tells him he was going to have a son. He was apprehensive because his wife, Elizabeth, was barren and advanced in years. But he was told that Elizabeth would bear a son that was to be named John. Zechariah became doubtful so he lost his voice. It was only going to be restored after Elizabeth gave birth. On the 6th month of her pregnancy, Mary who was with child came to visit Elizabeth. The yet unborn child inside Elizabeth’s womb leapt with joy. Doesn’t this tell us that even while inside the womb of mothers, babies already have life?

Israel at this time was not the Israel of glory. It was in darkness. The lesson Luke wants to show us in his writing is that even in the midst of dark times, Christ was going to bring forth the light. When John the Baptist was born, Zechariah’s voice came back. John was to grow up and spend his time in the wilderness. That he was going to lead in a ministry of repentance. Isaiah prophesied about “the voice of one crying in the wilderness.” While he was inside the womb of his mother, he was already being prepared. He ministered to the people in the wilderness near the Jordan river. His message was to “prepare the way for the Lord, make straight paths for Him. Every valley shall be filled in, every mountain and hill made low. The crooked roads shall become straight, the rough ways smooth. And all the people will see God’s salvation.”

It is speaking to us today that during this season, we are to tear down the mountains or “problems” in our lives. The ravines will be filled up with peace instead of worries. We are not to be tossed to and fro but to allow Christ’s peace to reign. God will work things out. We have been looking too often at negative things and not focusing on the creation and that which was given to us by God. If He blessed us in the beginning, the blessings are still there. He does not change. Scripture says that “all flesh shall see the salvation of God.” It’s man’s choice to either accept Him or not. The spirit of Elijah was upon John who was going to be the forerunner of Christ, because through the ministry of baptism, one is cleansed. Being immersed on a river that is flowing so that our sins are carried away. Abraham was not a Jew but was the father of all nations. Through him, we are blessed. We have hope in God by faith, with the measure given to each of us. Our hearts and minds should be in unity.