Preparers of the Way 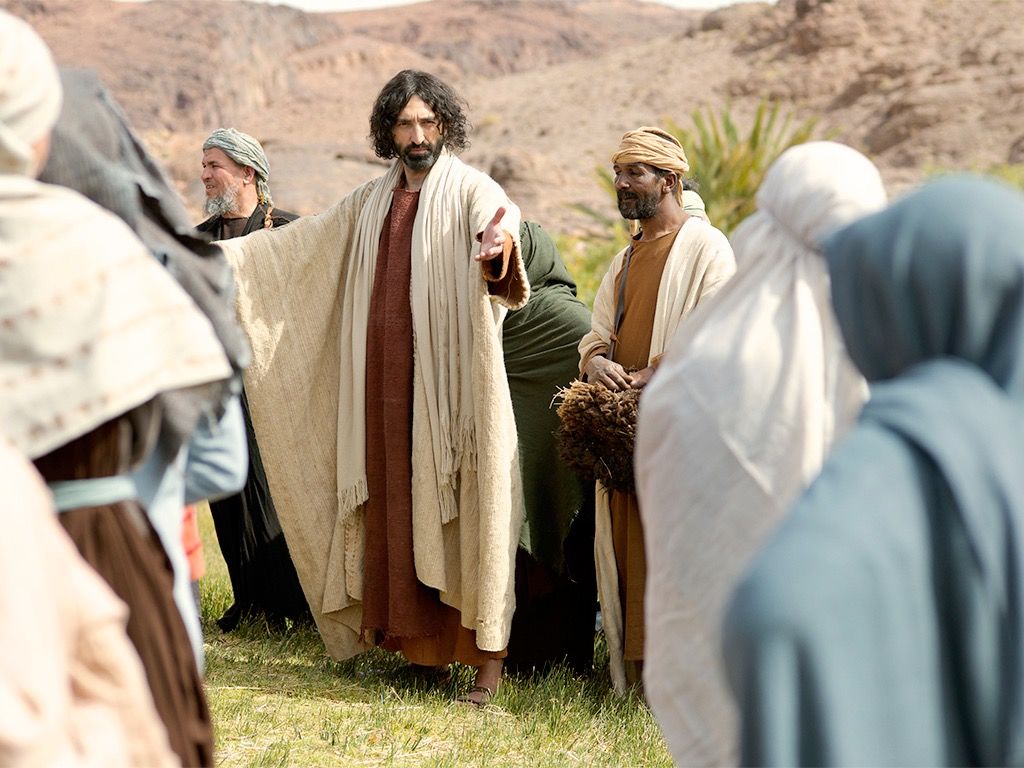 God has shown us His awesome and perfect work. He created and breathed His life into man in the very beginning. We were created in His image and likeness; this marks our DNA, shows who we are. He loves us so much that even when we failed, He restored us with even more perfection than at the beginning because today Christ dwells in us. He did this so we wouldn’t fail again. This doesn’t mean that we would be perfect in every detail because we’re still in the flesh, but even when we fail, He has already forgiven us; just as He has healed us before we were sick. Our task is to receive this by faith.

In today’s Gospel, Jesus was still on earth building a group that would take over when He left. They didn’t know it at that time but He was preparing them. Aside from the 12 apostles, there was another group of men with him – 70 all in all – that He appointed and trained. He couldn’t have taken care of 82 people everyday, feeding and clothing them, and be poor. This shows us the provision of God. “….the Lord appointed 70 others, and sent them in pairs ahead of Him to every city and place where He Himself was going to come.” They were preparers of the way, to prepare the people to receive Christ. Why 70? In the Old Testament, when Moses was having difficulty with the people, God asked him to choose 70 elders to help him. 70 is also the number of the Sanhedrin, considered helpers of the high priest. Christ chose 70 to prepare the people that He would see. They were to travel light, not cluttered with material things, and greet no one on the way so they won’t be distracted from their mission. Jesus was telling them to go out and demonstrate the principles of God, show His ways. He was saying, “When you enter a house, bless it. If they will receive the blessing, fine; if they don’t, the blessing will go back to you. Whatever they give you, accept it as a blessing, no complaining, no murmuring. Be a blessing, prepare the way of God, show His goodness. Isaiah 66 tells us, “Shout joyfully to God all the earth!” If there’s one thing the Church should be doing today, it’s shouting joyfully. People nowadays go to church without joy. This is how we have responded to everything that God has given us; we have made it heavy instead of being thankful. “Sing the glory of His name!” How often do we acknowledge the greatness of God? People love to talk about their problems – their pain, their lack. What about the goodness of God? Why do you see problems all the time? This means you’re not trusting God. Even if there’s something wrong, He takes it and makes it right. “Make His praise glorious. Say to the Lord how awesome are His works!” Do we see how awesome God works are? The sun comes out everyday, on time. If God perfected the sun and the moon, did He do any less for us? He created us in perfection to be like Him.

“Be joyful with Jerusalem and rejoice for her….that you may nurse and be satisfied with her comforting breasts….” This talks about Zion, the Kingdom of God. The world has twisted the idea of breasts. They were meant to give life, feeding the young for them to grow and receive immunities against diseases. It talks about the Church being the breasts of God; how that the Church feeds mankind, brings it hope and provision, empowering man to stand against the attacks of the enemy. Many women nowadays want big breasts so they would be attractive. But it’s not what breasts are for. It’s a mockery of what God has provided. These women get big breasts but can’t use them to feed and give life because they’re not real. “….I extend peace to her like a river….” This is what the Church should be doing.

In Isaiah 66:1-2, “Thus says the Lord, ‘Heaven is My throne and the earth My footstool. Where then is a house that you could build for Me?” Can you imagine how big that house should be that it could contain heaven and earth? “For My hand made all these things….” It’s like God is saying, “What do I need?” He’s telling us that He created everything and He has supplied us with all our needs. “Shall I bring to the point of birth and not give delivery? Or shall I who gives delivery shut the womb?” What God started, He will finish, not leaving anything undone. To me it also says He started us in the garden, so we’re going to finish in the garden.

Matthew 16:18, “I will build My Church and the gates of hell will not overpower it.” We see the Church as divided, criticized, facing many difficulties, and this is because we haven’t built the Church of Christ but we have built it for our own glory. We don’t build His Church; He builds it; we only help Him build it. And His Church will not fail. We do what He tells us to do – prepare the way. The 70 going out are like priests bringing forth the glory of God. Jesus asked them to go out and help build His Church. He instructed them to bring peace to the people and heal the sick. This isn’t the first time He has given this instruction because this is His ministry. He went to the cross so we can be healed and as God’s family, that healing is for us. But we should also be concerned for those who aren’t in the family yet. He gave the 70 the power and authority over all forces of evil. This is what He has done for the Church and we now have that power, if only we would use it. How little the Church has understood and used the things God has given to us.

Jesus said to the 70, “I was watching Satan fall from heaven like lightning.” He isn’t talking about hell. He was talking about pride. The 70 were saying that the demons were subject to them. Jesus told them that that may be true but it’s not something to boast about. Instead they should rejoice that their names are recorded in heaven. We are to boast of the cross, that we’re no longer subject to slavery. He gave us that authority but we don’t boast about it. We boast in the fact that Christ gave us new life. We make the sign of the cross because we’re boasting, reminding the enemy that we’re covered by the cross, set free by the cross, and we rejoice that our names are recorded in heaven.

“Nothing in my hand I bring,
Simply to the cross I cling
Naked I come to Thee for dress,
Help us look to Thee for grace.
Foul I come to the fountain fly,
Wash me, Savior, or I die.”

It’s all about God, never about us. When we do things our way, we will fail; but when God does them through us, they are built for His Kingdom. Like the 70, we’re being sent out, not alone but two by two, to proclaim the glory of God and prepare the hearts of the people to receive Him. We bring peace and healing to the nations. This is who we are as the Church. This is the challenge of Ordinary Time – we are to go forth bringing the goodwill of God, telling people how great God is. God is using us to build His Church; we are His helpers.