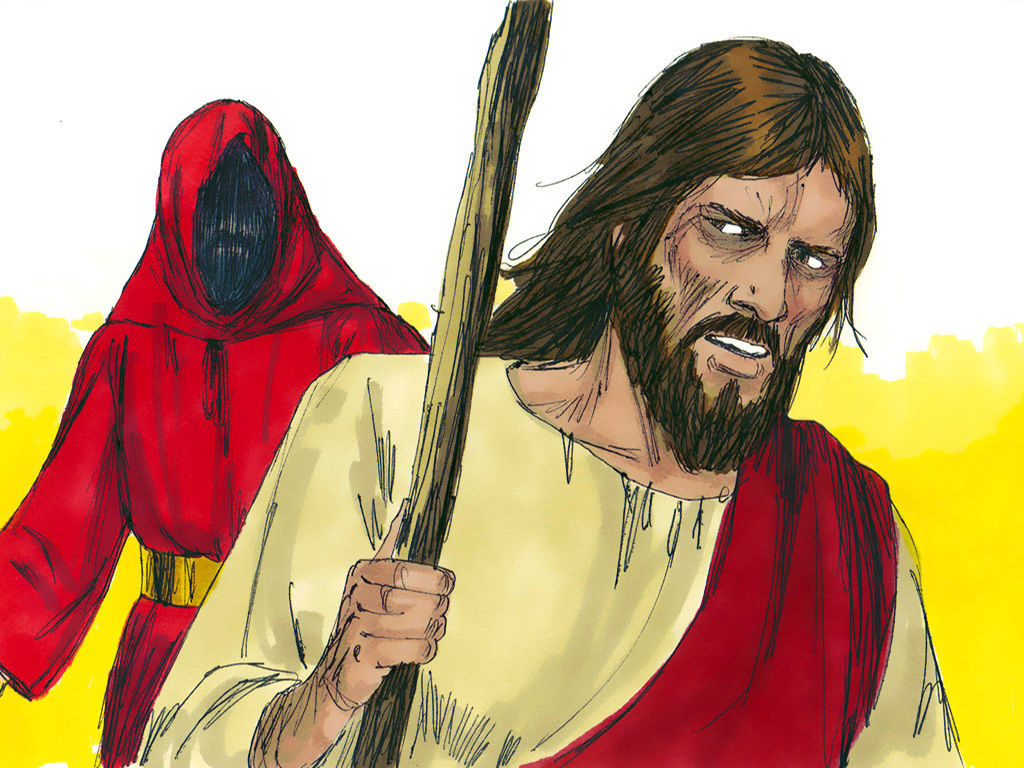 For some people, the season of Lent is a time of sadness and sorrow, and that we should be suffering. But God already suffered for us on the cross. Today’s gospel, although short, is very powerful as it shows us that the season of Lent is a time for us to not only see His suffering but more of receiving and accepting what He has done for us. The gift of God’s Son is the greatest gift of all. He gave everything to man in creation. There was only one restriction – and that was not to eat from the fruit of the tree in the center. But with man disobeying God, he fell. Man chose to listen to the devil and rejected God. God sent His Son for us to be saved. He came to save us not only from sin but from all forms of darkness.

John accepted Christ in Baptism. Even though he felt he was unworthy, he accepted Christ. John was known as the Preparer of the Way. He had God’s seal of approval to bring people back to God. Luke 7:28 “I tell you, among those born of women there is no one greater than John; yet the one who is least in the kingdom of God is greater than he.”
John submitted to God’s plan of baptism to redeem man and get him back to God. Jesus in humility submitted to the rite of baptism. It was such a proclamation that the heavens opened. The heart of the Father was opened. No longer was there a barrier between God and man. The sickness, oppression and all forms of darkness were not going to be a barrier except, only when man rejects this.

Most of Christ’s ministry centered on the healing of the sick because he wasn’t going to let Satan destroy man. This clearly shows us that baptism was the beginning of a new era. During this event, we witnessed the Holy Trinity. God was present, Christ was present, and the Holy Spirit was present, working together in action. The dove here representing the Holy Spirit. In the arc of Noah, eight (8) people were saved. It was written that a dove came bringing an olive branch signifying peace. Then God made a covenant with man using the rainbow as a symbol. The Dove is also a sign of grace freely given to us.

After Jesus’ baptism, the Holy Spirit impelled Him to the wilderness where He was tempted by Satan. He was with the animals and wild beasts but He was unharmed. Eve in the garden was tempted and failed. Now Jesus was going to the wilderness to reverse the curse. We see here that Jesus was first tempted by Satan to eat because he knew that Jesus was physically hungry. The second temptation was to bring Him to the top of the mountain and show Him the kingdoms of the world and telling Him to bow down and the mountain, show Him the kingdoms of the world and tell Him to bow down and worship him. The third temptation was to bring Him to the highest point of the temple and challenge Him to throw Himself down for surely the angels would come and rescue Him. Christ rejected ALL THREE temptations. He knew His purpose was to redeem man because of love. He had to destroy the works of the enemy.

Isaiah 11:10 In that day the Root of Jesse will stand as a banner for the peoples; the nations will rally to him, and the resting place will be glorious.
Isaiah 11: 6 The wolf will live with the lamb, the leopard will lie down with the goat, the calf and the lion and the yearling together; and a little child will lead them.
Isaiah 53: 5 But He was pierced for our transgressions, he was crushed for our iniquities; the punishment that brought us peace was on Him, and by His wounds we are healed.

Lent is all about receiving and accepting what Christ did. He will not put us to shame. We are being united together. It is important for us to communicate and talk to the Lord at all times to seek His instructions and directions for our life.