The Spirit Of The Lord Is Upon Me 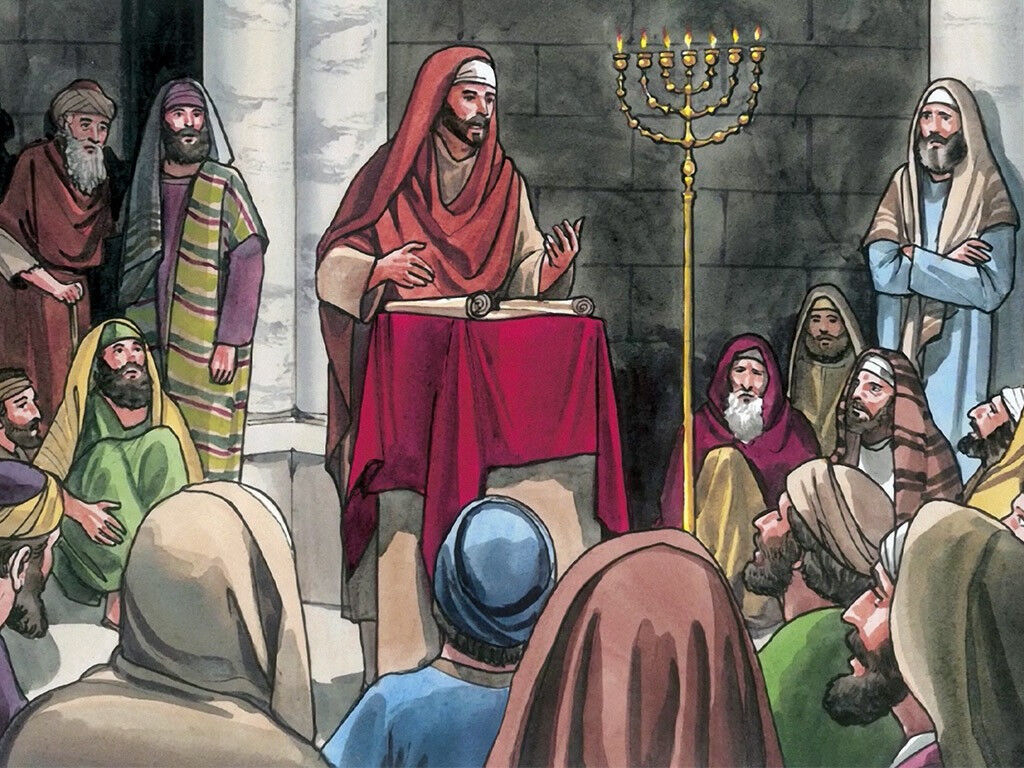 We find ourselves in a world that is filled with confusion and uncertainty. But in the midst of the chaos, we must remind ourselves that we are in the season of Epiphany, and we have Christ’s assuring words that He is with us and will not allow us to be destroyed. If we listen to the world, we will have fear if we lack faith in God. It is hard to trust people nowadays. But today’s gospel is a gospel of hope. We see Jesus, after His baptism at the River Jordan being declared as the Son of God. The heavens opened, the Dove descended upon Him and a voice proclaiming His Sonship. He is then led to the wilderness to face the devil’s temptations. But He did not fail in any one of these tests.

The first one was perhaps the most difficult of all because He was being attacked in the physical realm, and in His flesh. He was hungry and here comes Satan tempting Him and telling Him to turn the rock into bread so that He could eat. And we know that Jesus did not give in. In each of the three tests, He did not give in to the enemy. So, the devil parted and went on his own way. After this incident, Jesus went to His hometown and went in the synagogue. The synagogue was a place where the Jews were gathered during Sabbath. A typical worship day was that they would have several people read the scriptures and someone would be chosen to speak about what had been read so that the people would be discussing it afterwards. When Jesus spoke, He read from Isaiah 61: “The Spirit of the Lord GOD is upon me; because the LORD hath anointed me to preach good tidings unto the meek; He hath sent me to bind up the brokenhearted, to proclaim liberty to the captives, and the opening of the prison to them that are bound; To proclaim the acceptable year of the LORD, and the day of vengeance of our God; to comfort all that mourn; To appoint unto them that mourn in Zion, to give unto them beauty for ashes, the oil of joy for mourning, the garment of praise for the spirit of heaviness; that they might be called trees of righteousness, the planting of the LORD, that He might be glorified.” After having read this, He sat down and told them, “Today, this scripture has been fulfilled.”

His message was one of deliverance. A message of life. He brought a message that lifted up the spirits of the people. The people have been in oppression and bondage. They needed to hear this from Jesus. He was anointed to preach the gospel. To proclaim the favorable year of the Lord. To release the captives, to regain the sight of the blind. By speaking these things, He was literally opening the door for everyone. He was not only addressing the Jews, He was referring to the “poor.” He was speaking to the whole mankind. The people were enamored by His speech. They could not believe that these words would come from the son of a mere carpenter. Christ was preaching a message of hope. He was the lamb, the sacrificial lamb who would take upon Himself the sin of the whole world.

In this season of Epiphany, He is speaking to the church- reminding us that He is with us. Jesus sets a new image of God to the world. No longer is He to be perceived by man to be a God who is grouchy and always angry but a God of love and compassion. His message was about love and hope. No longer just the strict rules and regulations, no longer about bondage and oppression. This message is telling us that even when we are in the midst of the pandemic, we have hope in God. A new door of understanding was opened to us. The Joy of the Lord is our strength. This is our hope. Our confidence. We will go through the fire but we will not be burned.