The Testing Of Our Faith 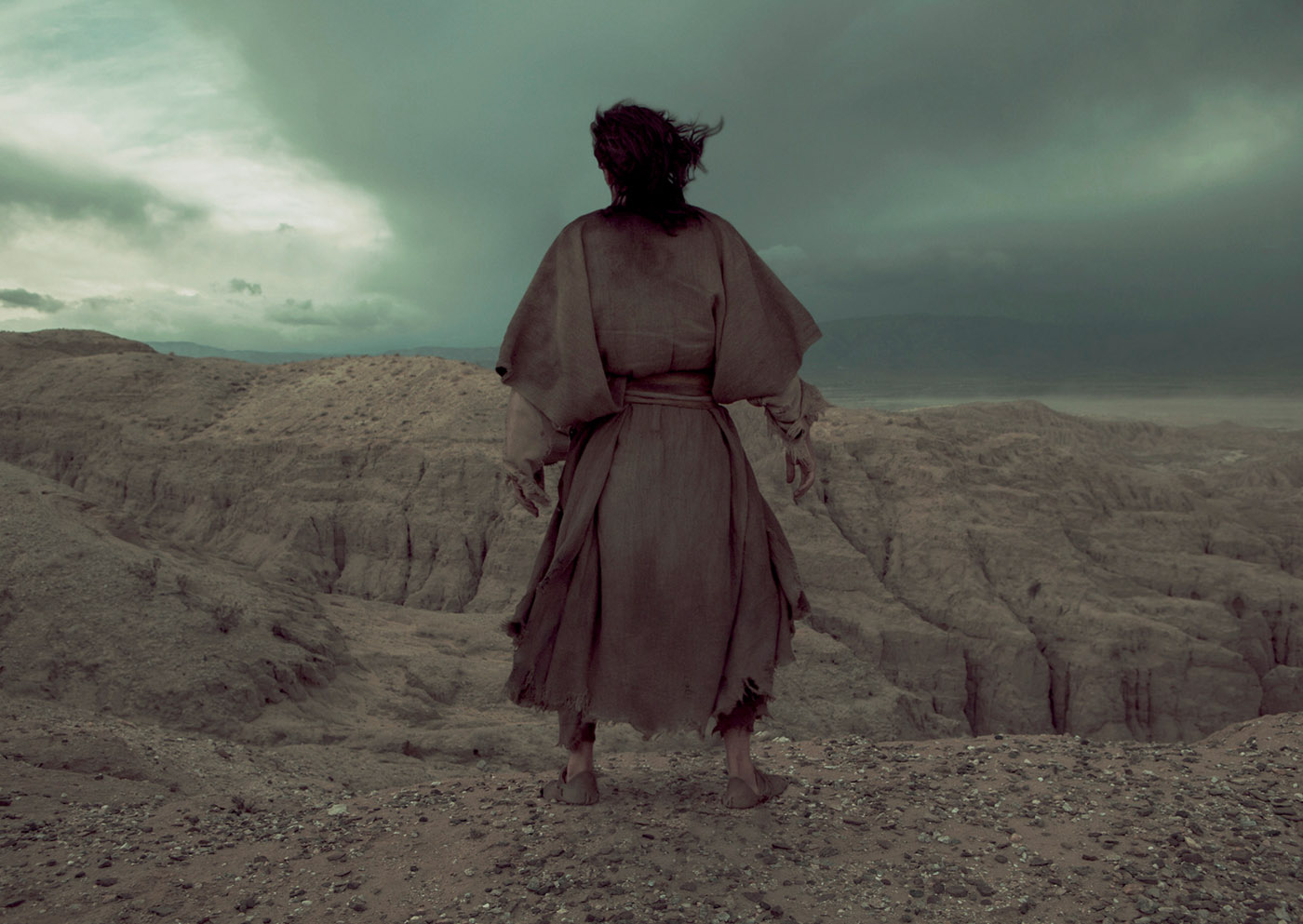 For some reason, the Season of Lent has been seen over the centuries as a time of sadness, one that brings difficult times, of fasting and denying of ourselves. In truth, Lent is all about the love of God through Christ – what He did for us which we weren’t able to do for ourselves.

We just read Scriptures which explain the plan of God. When God created Adam, He gave him a lot of responsibilities. He was to be the leader of the world, to bring into the world the provision of God and live it out so man would know the greatness of God. The New Testament calls him the first Adam. He had within him this gift and direction from God. He was blessed far greater than any of us today. God gave him everything he would need; he had no worries (didn’t have to deal with traffic, or worry about prices and taxes). He was blessed. This was God’s plan for man. However, God gave him two commandments: (1) cultivate and keep the Garden and all of creation in the condition that God gave them to him; make it prosper and grow, and (2) eat of any fruit in the Garden with the exception of one – the tree of the knowledge of good and evil. God asked him not to eat of only one tree out of the many in the Garden; how many, we do not know, but it was massive because the Garden was huge. God said, “From any tree of the garden you may eat freely; but from the tree of the knowledge of good and evil you shall not eat, for in the day that you eat from it you will surely die.” This death wasn’t a physical death at first. In my thinking, Adam couldn’t die immediately. He first had to learn to die because he wasn’t programmed to die but to live for eternity. When death came upon him, it had to have changed his whole being. Adam lived up to 930 years (Genesis 5:5). It took a long time for him to learn to die. Today, we have learned quite well how to do this, when we should be turning it around the other way. The good news is we seem to be learning because nowadays, more and more people live up to a hundred. This means life is becoming more and more powerful within us, destroying death.

Adam disobeyed God and from then on, sin entered the world. All of mankind sinned and fall short of the glory of God. Man failed but God doesn’t fail. He sent His Son to straighten out the mess that man has made; man couldn’t correct it. Adam had the authority. He ruled over all creation at that point, but with his disobedience, he turned this authority over to the enemy. The New Testament says that from then on, death reigned in the world and the devil became ruler of the world. John 12:31 “Now judgment is upon this world; now the ruler of this world will be cast out.” St. Paul called the devil “the god of this world”: “….the god of this world has blinded the minds of the unbelieving so that they might not see the light of the gospel of the glory of God” (2 Corinthians 4:4). What took place in the Garden is treason and this brought death to all mankind. The devil tempted Eve and deceived her into believing that she will not die if she ate of the fruit, saying “You surely will not die! For God knows that in the day you eat from it your eyes will be opened, and you will be like God, knowing good from evil”.

Christ came for one purpose – to destroy the works of the devil; but to do this, He had to face the temptation that Adam failed. After His baptism, God declared Jesus to be His beloved Son. In doing so, God was telling the devil that it is Jesus who will destroy him. The first Adam failed, but this is His Son and God had confidence that He will not fail. It was hard for me to understand at first why the Holy Spirit would lead Jesus into the wilderness, which was the lair of the enemy. The Latin term for “temptation” as used in Matthew 4 means “test”. Adam failed the test in the Garden. In Matthew 4, Christ now had to face the same test to prove that He was the One who will straighten the mess made by Adam’s disobedience. The wilderness here means desert where there’s nothing except flies and bugs. It was here where Jesus was led by the Holy Spirit, where He fasted for forty days, and where He was tempted. At the end of the forty days, the real test came. Adam’s test involved eating. We need to eat for strength. The test for us here is who do we depend on for strength?

At the end of forty days, Jesus needed to eat. Doctors say that it is at the end of forty days of fasting that you cross the line because beyond that, you can no longer eat and you’ll die. Jesus fasted on food and water. Satan heard God declaring that Jesus was God’s Son, so he taunted Jesus and said to Him, “If You are the Son of God, command that these stones become bread”. Satan wanted Jesus to prove that He was the Son of God. This is a test we face many times – that we prove ourselves. Jesus’ response to the test, the same one that Adam failed was to say, “It is written, ‘Man shall not live on bread alone, but on every word that proceeds out of the mouth of God’”. Jesus neither defend Himself nor He lie by saying that He wasn’t hungry. He simply based His response on the Word of God. The devil was frustrated at Jesus’ response. He knew that the Lord was hungry, but He wouldn’t turn the stone to bread. Why stone? There’s nothing else in the desert, not even grass.

The devil then took Jesus into the holy city and had Him stand on the pinnacle of the temple and asked Jesus to prove that He is the Son of God by throwing Himself down, “for it is written, ‘He will command His angels concerning You, and on their hands they will bear You up, so that You will not strike Your foot against a stone’”. Jesus said to him, “On the other hand, it is written, ‘You shall not put the Lord your God to the test’”. God is speaking to us, challenging us to recognize the difference between obedience and disobedience, submission and rebellion, life and death. Such a test teaches us to depend on God, listening to Him so that we may do things His way and not ours. Remember how Abraham was tempted by the angel to bring Isaac to the mountain to sacrifice him? This may sound cruel, but it was a test on Abraham’s faith. God wants to know where we are in our walk with Him so He tests us. Abraham would have gone ahead and offered his son, and in so doing he passed the test. This made him the father of Israel.

Israel was in the wilderness for 40 years after God delivered them from 400 years of slavery in Egypt. They brought with them the wealth of Egypt and God brought them into the wilderness; but instead of trusting God, they murmured and complained. This is why they stayed in the wilderness for 40 years. Their journey to the Promised Land could’ve been shorter if they didn’t rebel. Israel didn’t pass the test. In spite of their rebellion, God brought them out and led them to the Promised Land.

Baptism removes from our lives the things that hinder our relationship with God; it brings His favor upon us. The sacraments are God’s grace and power given to us to enable us to become overcomers and conquerors. Baptism is one of them. All of the sacraments speak of God’s commitment to us, telling us that He is with us to give us the best. Yet many of us still don’t believe this. Jesus shows us in this temptation the power of baptism to overcome temptations and stand strong. Jesus shows us that He was hungry but He depended on God for strength.

The devil then took the Lord to a very high mountain and showed Him all the kingdoms of the world and told the Lord that he owned them all, but that he would give them all to the Lord if He falls down and worships him. Adam gave the rulership of the world to him so the devil was speaking the truth. And God honored that for many generations, till He sent Christ. The Lord told the devil, “Go, Satan! For it is written, ‘You shall worship the Lord Your God, and serve Him only’”. With that, the devil left. He went away and looked for another time to destroy Jesus.

The world is filled with these temptations. Do we give in or hold on to what God has given us? Do we get anxious when we don’t have what we need? Do we believe that God will supply them? When will we see that we have to put our faith in God because He will not fail us? Here is Jesus facing the test that the first man failed. Even if we didn’t sin the same way Adam did, we all died when he sinned because he was given the authority over all creation. But Christ came and conquered hell, death and the grave, and through baptism, we are baptized into His death and resurrection and we live because of Him. It took Adam 930 years to learn how to die. It’s taking us so many generations to learn how to live.

This is what Lent brings to our attention – the love of God. We can’t make it without Him. The ashes on our forehead on Ash Wednesday is a call for us to wake up and realize that without God, we are but dust, but with Him, we live forever. After the devil left Jesus, the angels came and ministered to Him. Can we grasp the hope that’s ours? God is with us in baptism to make sure that the enemy doesn’t destroy us. He is with us; we’re not alone. Listen to Him. He will not fail nor forsake us. We may fail but God can turn our failures to victories. There’s no reason for us to give up. Listen to Him. The Lenten hymn and the Great Litany are so powerful! In the simplicity and silence of Lent, God speaks to us. We set aside the “great” things at Lent so we can listen to Him. Yes, it may be somber, but once we know God, we’ll be secure. We won’t be punished and lose our joy because with Him all things are possible. “Blessed be God who forgiveth all our sin!”