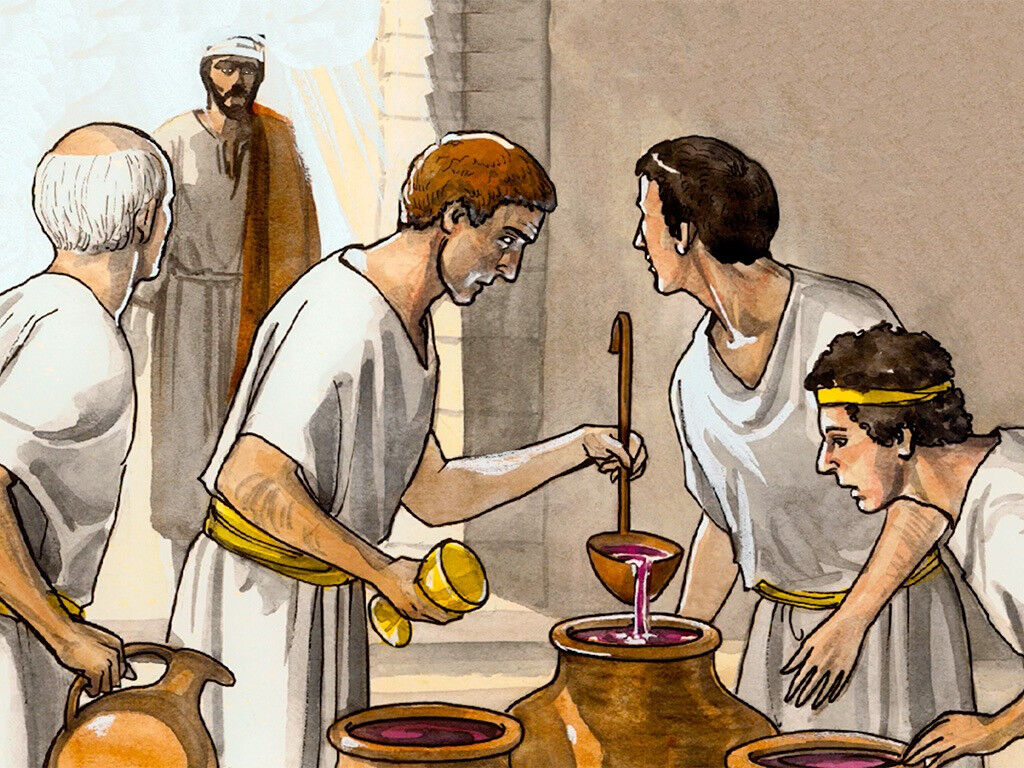 The events of the past week fit so carefully to Epiphany. When Christ was born, a star was manifested in the heavens. This is clearly a supernatural act from God. The wise men, seeing the star, followed it for two years until they reached the house where Joseph, Mary and the Christ Child was, who was now two years old. God makes these events known in a supernatural manner.

As we followed the Christ Child’s journey, we see him all grown now at 30 years old. He comes to John to be baptized by him. John at first was intimidated but Jesus insisted this was the proper way and had to be done. So when He went into the water and got baptized, the heavens opened, a dove descended and there was a voice saying, “This is My beloved Son, in whom I am well pleased.” God was making Christ’s presence known.

In today’s gospel, we are led to a wedding at Cana. There were people gathered at the wedding which took place in a home, not in a palace, nor in any public venue. God wanted to make it known to us the greatness of Christ. As in any wedding, there was a feast and Mary, the mother of Jesus was there too. It was told that most likely she might have been a good friend or relative of the bridegroom’s mother and was there as one of the organizers, and one of those who was part of those preparing the event. It came to a point that the wine was running out, so Mary approached Jesus to let him know about it. He said, “Woman, what does this have to do with me. My hour has not come yet.” Then Mary told the servants, “Do what He tells you to do.” So, Jesus instructs them to fill all 6 jars with water. And when they jars were all filled, they were told to bring these to the host of the wedding. The host took a sip from the jar and realized that the water had turned into the finest tasting wine.

Christ had to perform this miracle because as a Son, He must prove that which God has given Him into manifestation so that He can give God the glory. What is our task today? We should acknowledge the gifts God has given us, and use this for His glory. The wine derived from the jars were about 20 to 30 gallons or approximately 800 liters full. What is this showing us? That God is more than enough. When He blesses us, he doesn’t just bless us with trickles but these blessings are overflowing.

The gifts God gives are for us to give Him glory by using them and thereby bringing praise to Him. Psalm 104:15 “Wine that gladdens human hearts, oil to make faces shine, and bread that sustains their hearts.” God wants us to be joyful in life. Jesus points to the Father by manifesting His gifts to bring honor and praise to God. May we be challenged so that we can prove His greatness through us.