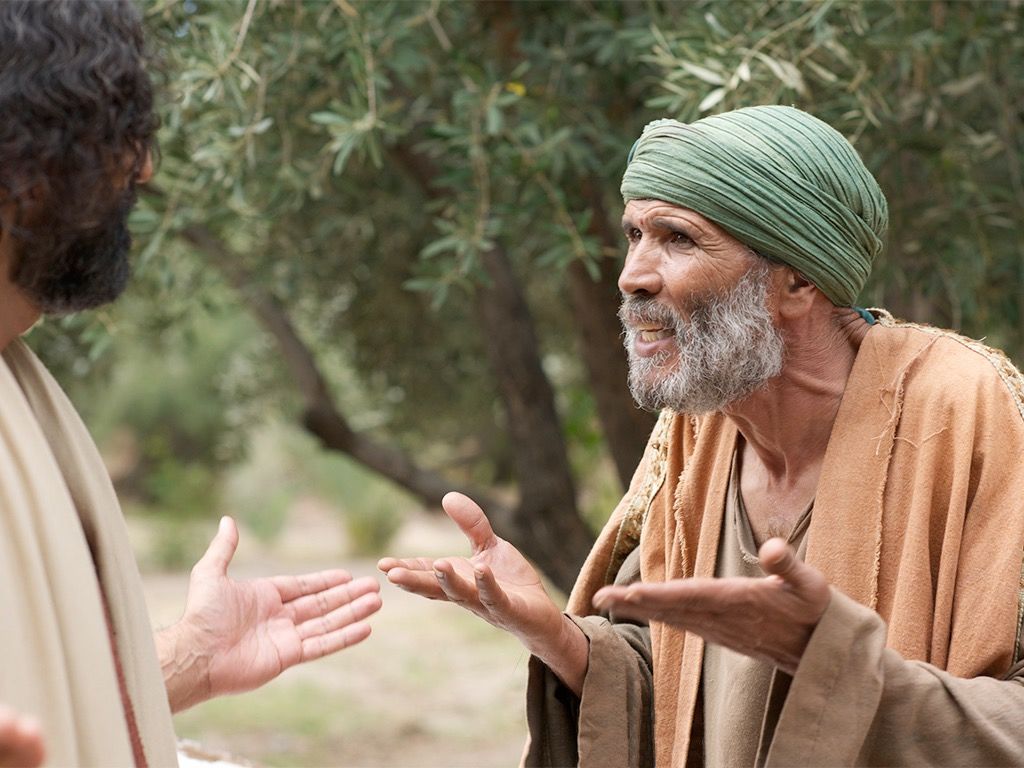 Before the beginning of time, God in His wisdom, greatness and love set a plan and provided everything for that plan to be perfect. God’s perfection empowers everything He does; He doesn’t fail. After He made the plan where He set the course for all creation, He made this statement, “Let Us make man in our image and likeness.” He revealed the purpose of creation and then provided that in breathing into man, man would have the nature and essence of who God is. The New Testament tells us that we lack in no good thing. He has provided for us everything pertaining to life and godliness. But when the enemy came because of man’s disobedience, we began to believe that we can’t be what God wants us to be. This deception made us rebel and sin against God; by our choice we refuse to accept and fulfill what He has given us to fulfill. Our mind has been so conditioned by the world that we’ve convinced ourselves that we can’t handle the things that God created us to be so that we decide to do things according to what we think is right. This is rebellion and sin. We think we have to do it ourselves. Wrong. Christ has already done the work for us. God also sent the Holy Spirit to dwell in us so we can be a temple that brings praise to God. It’s a commandment. We are to give Him praise in everything, even if it seems that not everything is good and worthy of praising God for. But He causes all things to work together for good and in many of these cases, He is just preparing us for something good.

The Bible tells us of two men who were in great rebellion against God, but God changed them and brought them at the forefront of leadership. 1) David was guilty of adultery, murder, deception and cover up but God forgave him after he confessed his failures, and it was from his lineage that Christ came. He also became a source of praise through the many psalms he wrote in thanksgiving to God. 2) Saul who became Paul after his conversion. He knew more about the depth of God than the disciples did and wrote most of the New Testament because God chose him to prove that it doesn’t matter how deep our rebellion is; the power and mercy of God can change darkness into light. This is His purpose and our destiny in life, and whether or not we believe it’s possible, a day will come when His plan will be fulfilled, our rebellion will cease, our eyes will be opened and we’ll begin to realize how blessed we are that God created us to be like Him.

All that God has given us culminated in Easter, was fulfilled in Pentecost and in the feast of the Trinity, we were shown that the fullness of God in unity brings into our lives potential that flesh alone can’t bring forth. The oneness in Trinity tells us that we are to be one with Christ. This is why He said, “The things that I do you shall do also, and even greater” because we were created for this, to bring forth miracles. The devil can’t create anything. It’s our rebellion which opens the door for evil to come in.

Today’s lesson is about unwavering commitment. Our goal is to live the life that God has given us, to bring it out in its fullness. Jesus shows us this commitment in the Gospel. He knew that He had to go to Jerusalem even if it meant suffering and death. He struggled with this in His flesh but didn’t waver in His commitment. “Not My will but Thy will be done.” Jesus was in Galilee and was going to Jerusalem to prepare for His crucifixion. The straightest path to Jerusalem was through Samaria. The Samaritans believed that worship should be done in the mountains. They were in conflict with the Jews who believed that worship should be in Jerusalem. After Jesus ministered to the Samaritan woman by the well, she believed that He was the Messiah, and she went to the city to tell the people that the Messiah was there. The Samaritans then thought that Jesus was going to stay and worship in the mountain with them. But Jesus had His face set on Jerusalem so they were upset with Him and rejected Him and wouldn’t give Him a place to spend the night. When James and John heard this, they went to Jesus and asked Him if He wants them to command fire to come down from heaven to destroy the Samaritans. But Jesus said, “….the Son of Man did not come to destroy lives but to save them.” He wouldn’t destroy them because He knew their purpose for being created was to be like God. Yes, they were rebelling but this didn’t mean He didn’t love them. We have to understand unwavering commitment. Jesus was committed to going to Jerusalem. It didn’t matter if the Samaritans rejected Him. They went to another village where He was accepted. In our own lives, we should have this unwavering commitment that no matter what comes our way, we will not be stopped from doing the will of God.

In the Old Testament, we read about Elijah who had just overcome the 450 priests of Baal to prove that God is greater than Baal. All the priests of Baal were killed by the sword when they couldn’t bring fire on their offering. When JeZebel heard this, she was angry and sent Elijah a message that she would kill him that day. Elijah panicked and was afraid. He had just overcome 450 priests of Baal, but one woman threatens him and he panicked. Because of this, he lost his ministry and God asked him to anoint Elisha to take his place. Elijah put his mantle over Elisha. Elisha then took his 12 sets of oxen, 24 all in all, killed them, sacrificed them with the implements of the oxen, then boiled the oxen and fed them to the people. In doing so, he burnt his bridges; he wasn’t going back. Philippians 3 tells us, “…forgetting what lies behind and reaching forward to what lies ahead….” Elisha got a double portion of Elijah’s anointing because of his commitment. Elijah failed by running away from JeZebel. He didn’t follow through with what God gave him so God took the ministry away from him.

God wants us to set a course and direction of not turning back. This challenges us to set our commitment on the principles of God. Many times, when society dictates something that is contrary to the principles of God, we waver. An example is same sex marriage. Scripture tells us that marriage is between a man and a woman, but some churches are now doing same sex marriage, wavering because this is what society dictates. It doesn’t matter what the law says. We follow the principles of God at all cost. Yes, we’re going to be persecuted and have difficulty, but we hold on to God’s principles. We don’t want to destroy or curse them because they don’t agree with us. We love them because God created them to be like Him. We can’t judge them.

Galatians 5 tells us that God set us free, but not to do whatever we want. This freedom is freedom from the curse of sin because man turned against God but He sent Christ to set us free. Sin no longer controls us. We now have a choice to walk with God. Technically, that choice is not really a choice because God said choose life. Freedom is choosing not to be in rebellion but to be what God created us to be. Paul said that if we’re walking in the Spirit, we won’t sin. The fruit of the Spirit is love, joy, peace, patience, kindness, goodness, faithfulness, gentleness, self-control. Against such things there is no law. This fruit is the evidence that God is in us and we should set our mind that this is what God created us to be. God equipped us to do good. He created us to be like Him, in His image and likeness. The challenge to us is to live it and prove it.