Walking in the Light of Christ 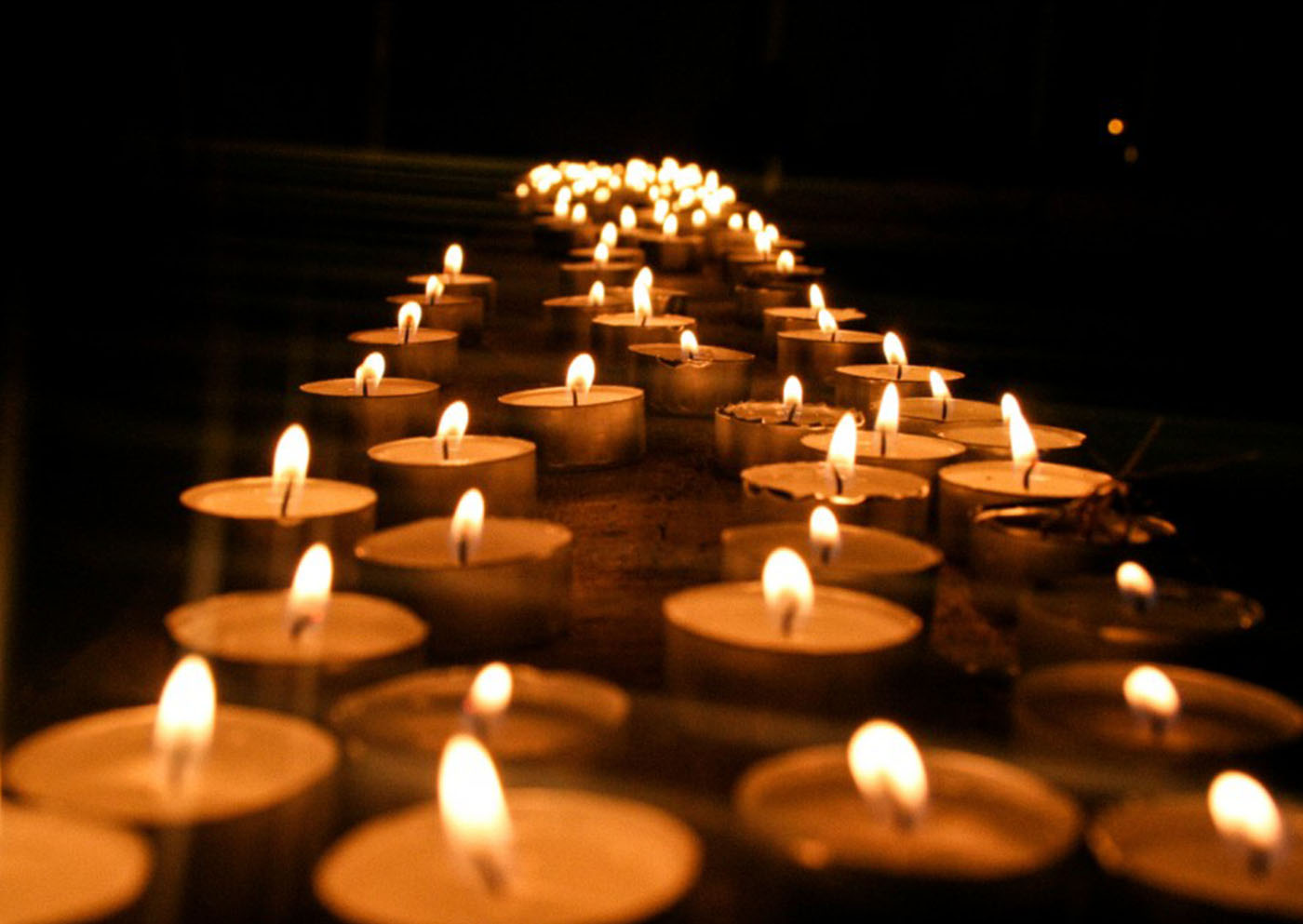 Many times we forget the greatness of God and His provision for our lives. In today’s Psalm, we read that “the earth is the Lord’s and all it contains, the world and those who dwell in it”. It isn’t ours. God is the sole owner of the earth, so how can we say that we own anything? The oil companies say they own the oil; the water companies, water. Men have used the things of God and used them against others and to enrich themselves. The world and all who dwell in it belong to God. Why do we fight for what we claim as “mine” when everything belongs to God. We must submit to Him and not build our own kingdoms. We do this when we use what belongs to God to take advantage of others. Psalm 24 says “He has founded it….and established it”. He is the origin of the earth and He created it with permanence. He created it to sustain itself. With all the things happening in the world today, we have to remind ourselves that He does not fail. God plans out everything. He doesn’t wait till the last minute but had everything planned out from the very start.

Advent is a time of preparation for Christ’s return. The parable of the ten virgins tells us what will happen when we wait till the last minute and don’t take the time to prepare. The five foolish virgins were left outside the door and left out of the blessings. They didn’t use the life given by God to prepare. Psalm 24:7: “Lift up your heads, O gates, and be lifted up, O ancient doors, that the King of glory may come in!” We are exhorted to open the gates of our lives – our hearts and minds – and be prepared for the coming of God into our lives. Are we so consumed by the world that we forget God’s provisions for our lives? When we finally meet Christ, we will not be judged about being born again or not. Christ has already paid the price to give us new life. Rather we will be judged according to what we have done with the redeemed or new life we’ve been given. Are we using this new life as a witness to others? We are to walk in the light of Christ.

Isaiah 7 is given to us by God to help us understand who He is. It is a story of Judah, of a threat from two kings to attack Jerusalem. Ahaz, the king of Judah, was frightened: “his heart and the hearts of his people shook as the trees of the forests shake with the wind”. So God sent Isaiah to Ahaz to allay his fears with these words: “Take care and be calm, have no fear and do not be fainthearted because of these two stubs of smoldering firebrands….” This is what God is saying to us today. When the evil one attacks, we can relax because God has destroyed his power. But if we allow him to take away our peace, we give him an open door to attack us. We open the gates to our heart and mind either to God or the enemy. It’s our choice. God told Ahaz that the two kings will lose their power and their plan to attack Jerusalem “shall not stand nor shall it come to pass”. God gave Ahaz a warning also: “If you will not believe, you surely shall not last”. This is a challenge for us to put our trust in God.

The Lord spoke again to Ahaz thru Isaiah, saying, “Ask a sign for yourself from the Lord your God….” But Ahaz would not ask it of the Lord, so Isaiah told him that the Lord Himself will give him a sign: “Behold, a virgin will be with child and bear a son, and she will call His name Immanuel.” God was speaking of something that’s impossible – a virgin to give birth. But in saying this to Ahaz, God was revealing His plan to destroy the works of the devil, represented in the life of Ahaz as “two stubs of smoldering firebrands”. Yes, Jesus was born as a babe and it took thirty years for Him to prepare for His work to redeem mankind. Could God have done it faster? Yes, but in waiting for thirty years, He showed us that we have hope, even if we have to wait for thirty years. God was telling Ahaz, and He is telling us today that “this is who I Am; this is what I’m going to do, which is My benefit for you. So be calm. Don’t fear”. How many times were we ready to give up? God is telling us, “Don’t fear; I’ll take care of you. I’ll send Christ to you”. “He will eat curds and honey at the time He knows enough to refuse evil and choose good. For before the boy will know enough to refuse evil and choose good, the land whose two kings you dread will be forsaken”. Yes, the enemy may be standing at your gate now, but don’t fear; he won’t be able to overcome you. Do you believe this? If you don’t, you won’t last.

Romans 1 tells us that the prophecy of Isaiah has been fulfilled. The virgin gave birth; Christ came. The enemy has been destroyed. Can we walk through a storm, face the darkness of life and still believe that God is with us, and not give up? Romans 1 tells us that Christ was born “of a descendant of David according to the flesh, who was declared the Son of God with power by the resurrection from the dead….” The One born of the virgin called the Son of God conquered death. He declared by His resurrection that death has lost its power, so that even if you die, you live. Christ came to give us grace and apostleship. We are His apostles, His ambassadors, His witnesses. We are not to be silent but fulfill what He has given us, namely His power and authority. Christ comes in strength and might! He said “the things that I do, you shall also do, and even greater”. This is possible because of the working of His strength and might in us. The enemy doesn’t have any power; we are the ones who give him power when we allow ourselves to fear and be anxious. We are called to be His witnesses, and the apostleship to the world.

Matthew 1 gives us an account of the birth of Jesus. Mary, betrothed to Joseph, was found to be with child before she and Joseph came together. Joseph, being a righteous man, had to destroy Mary because she had violated their covenant; their betrothal. They were committed to each other as husband and wife even if they weren’t living together yet. According to the law, Joseph had to destroy her by public stoning, but Joseph didn’t want to do this. He couldn’t destroy Mary. Instead, he chose grace and mercy. In our lives, there are also times when we don’t have to follow the law but instead act with grace and mercy. In a dream, an angel appeared to Joseph and told him not to be afraid to take Mary as his wife because the Child who has been conceived in her is of the Holy Spirit. Joseph believed what the angel said. Imagine the struggle he went through. To me, it’s harder to believe that Mary conceived by the Holy Spirit. But Joseph believed God and he did not put her down; did not destroy her. Mary gave birth to a Son and named Him Jesus. And with this birth, the prophecy of Isaiah had been fulfilled. We think that the devil is strong. No, he isn’t! We should remember what Isaiah said to Ahaz: “If you will not believe, you surely shall not last”.

Here we are in Advent. For four weeks, we have been preparing ourselves. On the first Sunday, we were asked to walk in the light of the Lord. This light is the provision that will give us the ability to conquer and overcome whatever comes our way.

John 3:16-21 “For God so loved the world that He gave His only begotten Son, that whoever believes in Him shall not perish, but have eternal life. For God did not send the Son into the world to judge the world, but that the world might be saved through Him. He who believes in Him is not judged; he who does not believe has been judged already, because he has not believed in the name of the only begotten Son of God. This is the judgment, that the Light has come into the world, and men loved the darkness rather than the Light, for their deeds were evil. For everyone who does evil hates the Light, and does not come to the Light for fear that his deeds will be exposed. But he who practices the truth comes to the Light, so that his deeds may be manifested as having been wrought in God.” This tells us the necessity of not only believing, but also acting on what we believe. God is our strength and might in battle. We need to believe that God has delivered us from darkness. He not only took away the sin but He also gave us new life. This new life is a life of peace, good health and all goodness. We have to walk in this new life – free of fear, pain and stress. Our lack of faith has allowed fear and pain to become part of our lives. Sometimes God brings us to a point of darkness, for example by allowing sickness, so we can hear what He’s telling us. The peace of “little” is better than the turmoil of “plenty”.

So as we come to the end of Advent – next Sunday we shall be lighting the last candle – we ask ourselves, are we ready? At this time of the year, people get ready for Christmas but not for Christ. They get ready with presents for others so that they would look good to them. It’s just like people who send flowers when someone they know dies, but they didn’t find the time to express their love while the person was still alive. God does not hold our wrongs against us. We have to prepare ourselves for this coming – our coming to a Kingdom of peace and perfection. This Kingdom is coming soon, and we need to be prepared like the five prudent virgins. This is what Advent is all about.

Most of us live stressful lives that are full of anxiety because we are not prepared. We don’t know when Christ’s coming will be, and this is why we have to prepare. If you look around us, the time could be close – there have been earthquakes, wars and rumors of wars. Who knows what’s coming? We need to be prepared. We need to walk in the light of Christ. God’s power is in us. We need to walk in it for the glory of God.