Walking in the Light of God 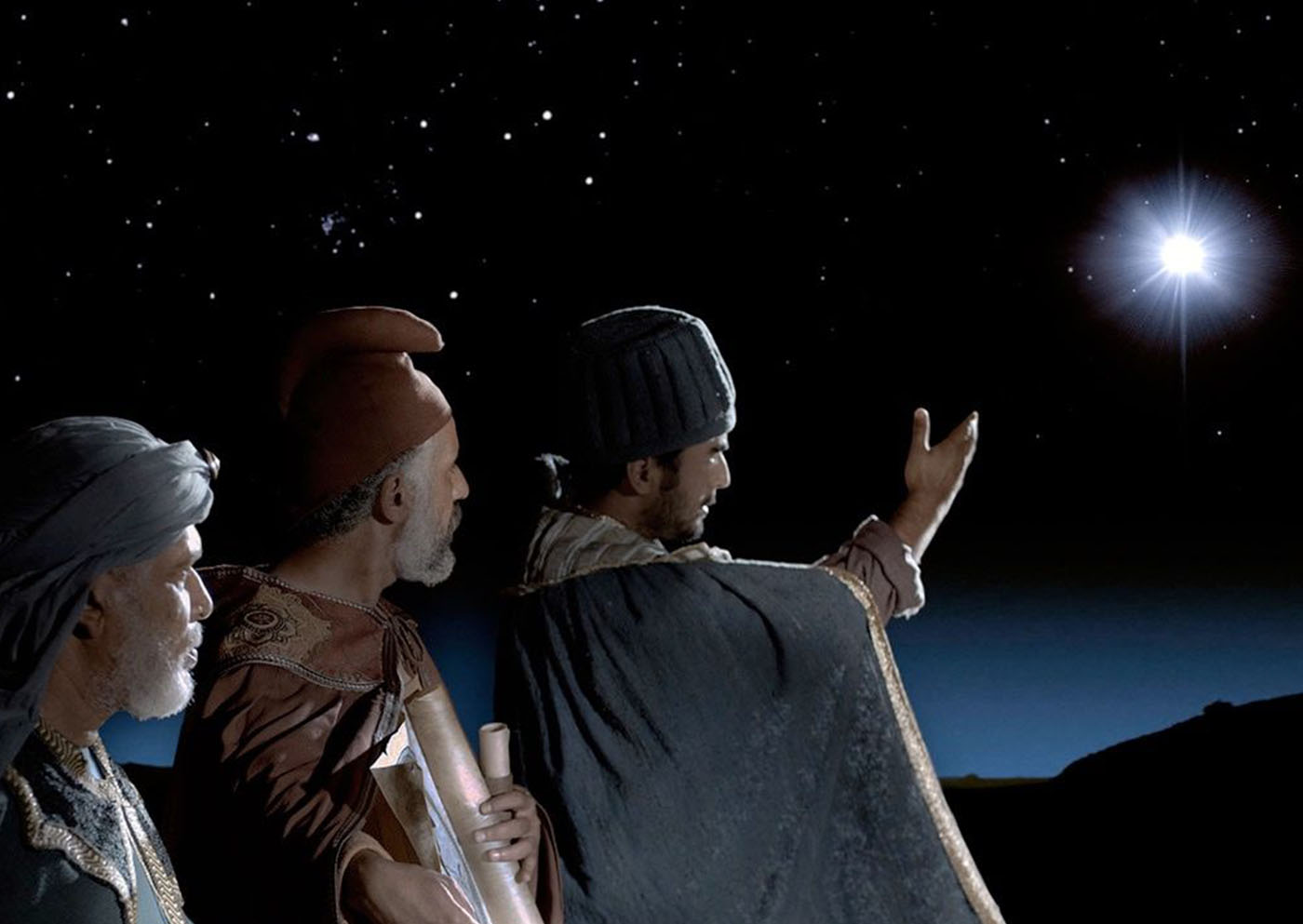 In today’s lessons, God tells us of His commitment to us. He isn’t happy with what happened to man. He wants man to rise up and be what He created him to be. We think that life as we see it today is normal, but there’s no normalcy in a world without God; only pain and sorrow.

In reflecting on the message of Epiphany, that God is with us, we are comforted by the truth that we are not alone. We are the sanctuary of God. We must, therefore rise up to all that He has given us. He tells us, “Arise, shine for your light has come, and the glory of the Lord has risen upon you”. He’s saying to us, “What are you waiting for when I have given you My presence to conquer darkness?” This is for all of creation, not just for Israel or for humanity. All creation are destined to bring glory to Him. A parent doesn’t want his children to fail but want them to be the best that they can be and turn out better than he is. This is what God, as our Father, intends for all of us. He said the light has come. Your light has come. This light is the wisdom and understanding of God given to us so that we may no longer be deceived. Light is the wisdom of God. It causes darkness to flee so that we can have the fullness of life. In Genesis, at creation, God said, “Let there be light!” This light is His wisdom and understanding given to us at creation. This was Adam before the fall – perfect and filled with God’s wisdom and understanding. Psalm 27:1 “The Lord is my light and my salvation”.

Do we stop to ask God what His plan for our lives is? From the very beginning of life, at conception, God already had a relationship with us. We were destined for His glory. “I will disarm the forces of evil that you may live.” Isaiah 2:5 is the theme for the year: “Let us walk in the light of the Lord”. He is a forgiving and restoring God. He desires for us to walk in His light that the world may see and experience this light. Matthew called Jesus “the Light of the world”. Do we realize that God sent us here to be the light of the world? Just a flicker or a spark can change life all around us; it can take away the darkness from people who are suffering. 1 John 1:7 “If we walk in the Light as He Himself is in the Light, we have fellowship with one another and the blood of Jesus His Son cleanses us from all sin”. We don’t have to worry about failure and sin because of that light. Why be anxious and fear? God loves us and will always take care of us. There may be moments of darkness but they are temporary and God allows them for a purpose. And even if you die, you live because Christ has conquered death and the grave, and in Him we have eternal life. This is the joy of Epiphany – God with us. He isn’t distant. Listen to Him instead of the noise and the tragedies of the world.

Ephesians 3:8-10 “To me….this grace was given, to preach to the Gentiles the unfathomable riches of Christ, and to bring to light what is the administration of the mystery which for ages has been hidden in God ….so that the manifold wisdom of God might now be made known through the church….” This grace was given to us as God’s church. Before Jesus came, man was in fear, not knowing what will happen to him. But He came to destroy fear. “Christ in you, the hope of glory.” His presence in us makes us conquerors and overcomers, not failing or losing to the opposition. God gives hope and assurance. We measure ourselves according to our Creator, and not according to what we can do. Jesus never failed; He was without sin, but always heeded and obeyed what His Father asked Him to do. On the cross, He conquered and destroyed death and hell. The people mocked Him as He hang on the cross, taunting Him to save Himself. Instead of retaliating, He asked His Father to “forgive them for they know not what they do”. Jesus knew that those who were mocking Him didn’t understand that He went to the cross to take away their pain.

When we celebrate Epiphany, we talk about the magi. They were astrologists, able to read the signs in the sky. We don’t know this science now. Most of us don’t even see the stars because we live in the city. We can’t read signs because we don’t pay attention to what’s going on around us. God gives us signs; we can be led to Him. The magi knew the signs. They weren’t Jewish; they were probably Muslim, but they knew what was happening. God didn’t even talk to the spiritual leaders because they were too political. The wise men followed the star to where the baby Jesus was. With Christ’s birth, God was declaring to mankind, “I’m sending My Son to deliver you. He is your deliverance; the One I prophesied from of old”. The Old Testament says the camels would come with gold and frankincense. The wise men paid attention to the prophecy. They travelled for two years to pay homage to the Son of God. God couldn’t talk to the religious leaders so He talked to the shepherds and the magi. In doing this, He is telling the world that all are welcome to enter the Kingdom of God.

For His baptism, Jesus came to John in the River Jordan. “John tried to prevent Him, saying, ‘I have need to be baptized by You, and do You come to me?’ Why did Jesus want to be baptized? It was for our sins. In allowing Himself to be baptized, He was making the statement that He came to cleanse us and bring us deliverance. After He was baptized, the heavens were opened and the Spirit of God descended as a dove and lighted on Him. Then God’s voice out of the heavens said, “This is My beloved Son, in whom I am well-pleased”. God doesn’t hide things but proclaims them. At His baptism, Jesus confirmed that He is filled with the Holy Spirit when the Holy Spirit descended on Him as a dove. With His baptism, everything was unveiled and revealed and He began His public ministry. In so doing, He fulfilled the prophecy: “I have called You from the womb; I have named You”.

Every time a child is born and cries, the power of the enemy is diminished. We spend so much time looking for a name for our children. Why don’t we ask God, instead? It would make a big difference in our children’s lives if their names were from God, like John the Baptist, Abraham and other people of the Bible who were used by God to fulfill His plan for mankind. When it is God who gives you your name, He will also give you the power to fulfill what it means. When God tells calls us His servants, He doesn’t refer to slavery. Rather it’s a call for us to fulfill what He created us to be. My Mom told me that I wasn’t supposed to be born alive, but I lived and since then, things have happened that prepared me for ministry. I was named Thomas which means “seeker of truth”, and I have been doing that all my life, seeking the truth from the Word of God.

Do we know the purpose for our life? God anointed Jesus to do good and heal all those oppressed by the devil. This is also our task in life – to bring healing to the oppressed by speaking a kind word; not condemning but restoring them. Our work is to set people free, bring new hope and new life to them because God is with us, as He was with Christ. God proclaimed this at Jesus’ baptism: “This is My beloved Son in whom I am well-pleased”. We have the ability to be victorious in every test and trial that come our way. Jesus came to bring righteousness and holiness to all of us. Sometimes we get discouraged when people reject the good we do to them, but this shouldn’t cause us to hold back. It’s their choice to reject the good we do, but our task is to bring hope, so we continue with the good we do. We don’t worry about tomorrow when we realize how much God loves us and remember what He did for us. He gave His Son even when we were still enemies.

He calls us to “Arise, shine, for your light has come”. The challenge to us is to walk in His light and bring that light with us wherever we go. Who can be against us? When I was little, I had to walk three miles to school. I had to pass by a cemetery, and each time I did, I was scared and would run. I tried singing and whistling loud but I was still afraid. One day I realized that nobody was there, and I was no longer afraid. The light of God in us casts out fear. We bring that light to others so that they too may be set free from fear.

We’ve looked at Epiphany and the baptism of Christ. We begin this calendar year with God telling us that He has empowered us and nothing, not even sin, can hold us back.