We Are Called By His Name 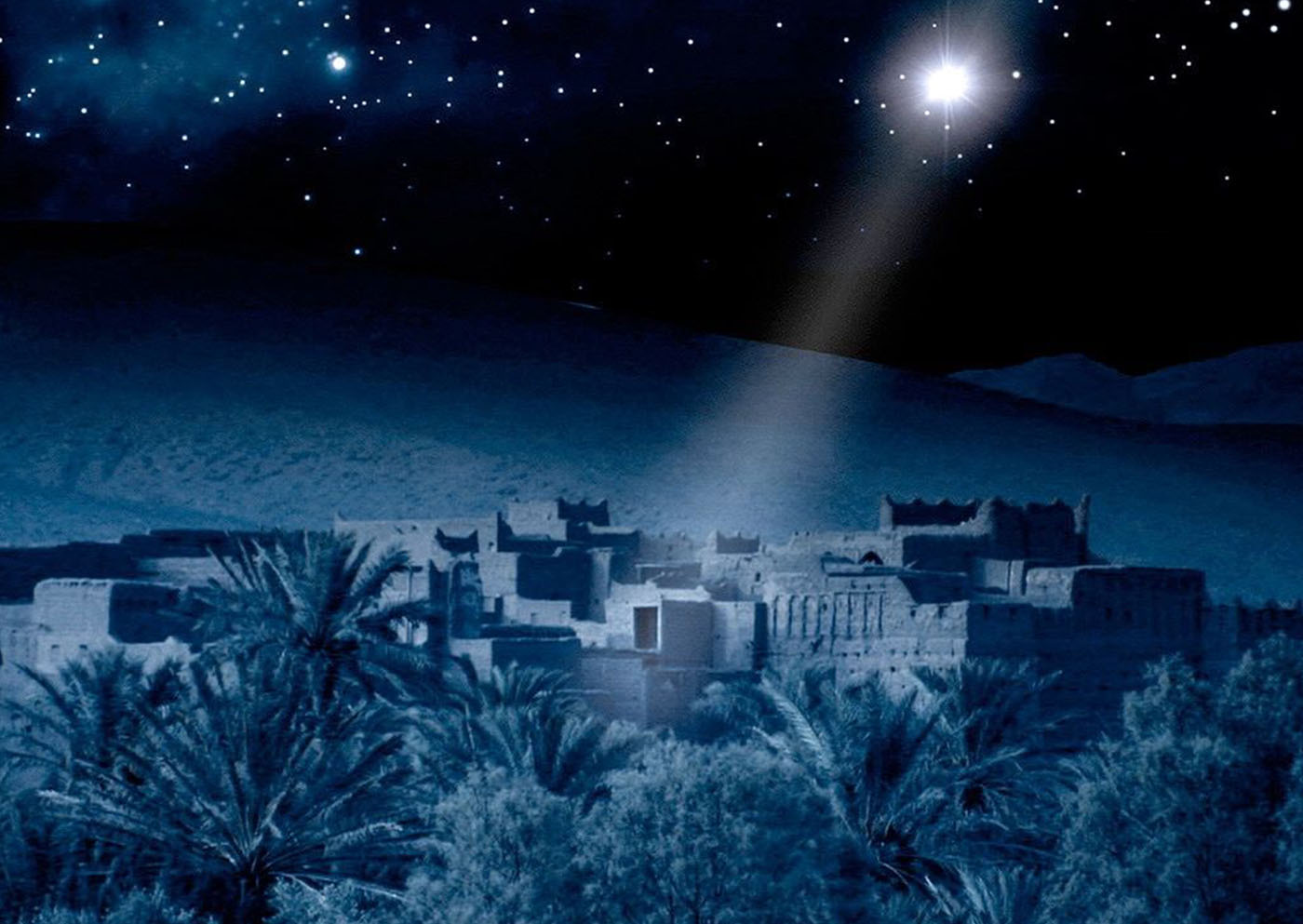 “We Are Called By His Name”
Archbishop Loren Thomas Hines
Feast of the Holy Name
January 1, 2017

God has established things from the beginning with purpose and plan. With God, things don’t just happen. He brings attention to things that are important to us. His love and compassion for us are beyond comprehension. We have this image of an angry God who pounds at us with punishment; yet what Scriptures tell us is the exact opposite.

In Exodus 34, God instructed Moses to cut out two stone tablets where He will write the commandments that were on the former tablets that Moses shattered. This is the power of God – with His hand, He wrote on the stones His message for us. God asked Moses to go up to Mount Sinai with the stone tablets, but instructed him that no man could go up with him, nor should any man be anywhere on the mountain. Not even the flocks and the herds may graze in front of that mountain, because the presence of God and the power coming out of Him would destroy them. As Moses called upon the name of the Lord on the mountain, the Lord passed by in front of him and proclaimed, “The Lord, the Lord God, compassionate and gracious, slow to anger and abounding in lovingkindness and truth; who keeps lovingkindness for thousands, who forgives iniquity, transgression and sin, yet He will by no means leave the guilty unpunished, visiting the iniquity of the fathers on the children and on the grandchildren to the third and fourth generations”. A tremendous amount of responsibility falls on us to follow God’s commandments so our children won’t be under the curse. Maybe man was fearful to approach God because of this, especially in view of the sins of Israel. But here God tells them that He is compassionate and gracious, slow to anger and abounding in love. God wanted the people to know Him that way; to see and know Him as being compassionate and loving, the way Moses knows Him to be. This is the name of God.

In today’s society, we have lost the value and true meaning of names. Businesses register a name at the SEC and this name should be taken care of as it will reflect the reputation of the business. God established the names that parents would call their children. In naming their children, parents mark what their children would be and fulfill in their lifetime. Today we give names that are pretty and good sounding, without thought to what they mean in relation to how we want our children to turn out. We name our children after our parents, grandparents and famous people. I didn’t know that my name meant anything at all. I thought it meant “doubter”, but upon study, I realized that it means “seeker of the truth”, and this is how I turned out – seeking the truth in God’s Word.

One night, when I was young, in the middle of a cold winter in Michigan, my father got a call that told him that his mother was dying. She lived far from us, a 14-hour drive away. We all boarded the car to see our grandmother. Her hair got caught on fire as she was cooking and my father wanted to get to her before she died. My father drove faster than he should have and as we approached a hill, he lost control of the car and the car was about to fall on its side. I saw a truck that we were surely going to hit. Just then, my mother screamed, “Jesus!” I don’t know how it happened but we didn’t hit the truck. My mother only shouted “Jesus” and we were saved. There’s power in the name of Jesus, yet many don’t understand. That name has an image of love and compassion, and when we use that name for our child, we should realize the responsibility that goes with the name. Our name should set a course for our lives. In London, for example, each section of the city was named after the product it sold. In the past, one was named after his trade; for example, as carpenter was named Carpenter.

Psalm 8 tells us who Christ is. “O Lord, our Lord, how majestic is Your name in all the earth.” Would you give your child that name with the responsibilities that go with it? “Who have displayed Your splendor above the heavens!” The splendor of the heavens in the beauty of the stars, rainbows, cloud formations, yet His name is even higher than all that. “From the mouth of infants and nursing infants You have established strength because of Your adversaries, to make the enemy and the revengeful cease.” When a child is born, the first thing he/she does is cry. The baby screams at the enemy proclaiming that with his/her birth, the Kingdom of God is being built; that death is being destroyed by new life. Families had 10 or 12 children in the past and they survived. For a time, we see that evil seems to be winning, but it can’t last. “When I consider Your heavens, the work of Your hands, the moon and the stars which You have ordained; what is man that You take thought of him? And the son of man that You care for him? Yet You made him a little lower than God, and You crown him with glory and majesty!” Do we see this majesty in ourselves? Today’s fashion doesn’t show the majesty of God and His Kingdom – ripped jeans, low jeans, and others. We should represent God in everything that we are. The enemy is under our feet! Majestic in all the earth! This is what God is, yet today’s society doesn’t want anything to do with God. In the beginning, Christianity was very strong in Europe. Today, the beautiful cathedrals are merely tourist attractions. “The rocks will praise Me!” “Every knee shall bow.” In spite of everything that’s happening in the world today, God still reigns. We see this when people who don’t believe in God cry out for His help when they are in trouble. God tells us in Ezekiel that “the soul of man is Mine”.

Romans 1 tells us that the lineage of Christ; He was born of a descendant of David according to the flesh – from humanity, from weakness, yet He was declared the Son of God. God made sure that there would be power in Christ’s divinity. This is what each of us is – weak in our humanity but because God resides in us, His power is in us. The presence of God is in us. His power gives us the strength to face difficulties. The world doesn’t want us strong so we can depend on it, but our strength and power come from God. We are not slaves but sons of God. “Through God we have received grace and apostleship to bring about the obedience of faith for His name’s sake.” We were given grace and apostleship, the faith to rise up, especially in times of trouble (as when my mother called on the name of Jesus).

I learned from my college professor that I wasn’t supposed to live. My mother was warned that either I would die at birth or she would die giving birth to me. But I lived, and Mom told me that God had His hand on me from the time I was conceived. She had many miscarriages before me. God sets a course far above what we think. We set up the birthing clinic to declare this. So far, 500 babies have been born there – all natural births with no medications involved. This is how God designed it to be. African women would give birth in the field, then go right back to working after giving birth. Birth is very natural. Jesus was born without any medical intervention.

In Luke 2, the message of the Lord’s birth was given by the angels to the shepherds and not the spiritual leaders. The shepherds were lowly in their society. They were considered rebellious by the spiritual leaders because they wouldn’t leave their sheep to go to the temple at the appointed prayer times. In sending the angels to the shepherds, God is telling the world that He sent Jesus for the lowly. The angels told Mary who Christ was to be and she “treasured all these things, pondering them in her heart”. Mary sought for the purpose and truth of why this was happening. For our part, whenever we face a crisis, we cry and ask God, “Why? What now?” We have to ponder God’s purpose for allowing crisis into our lives.

We are challenged today to ponder the purpose and meaning of the name of Jesus. Do we realize that JESUS means to us freedom and deliverance? When we find ourselves in fear and anxiety, we should remind ourselves that the power that created the universe is in us. JESUS – this name will not fail us! There’s power in the name of Jesus and we have this same power because He lives in us. We are crowned with glory and majesty! This is what His name entitles us to – to be victorious in His name. We’re called by His name: Christians. As Christians, we don’t see the failure and the negative, only the truth; the positive.