We Are Programmed To Multiply 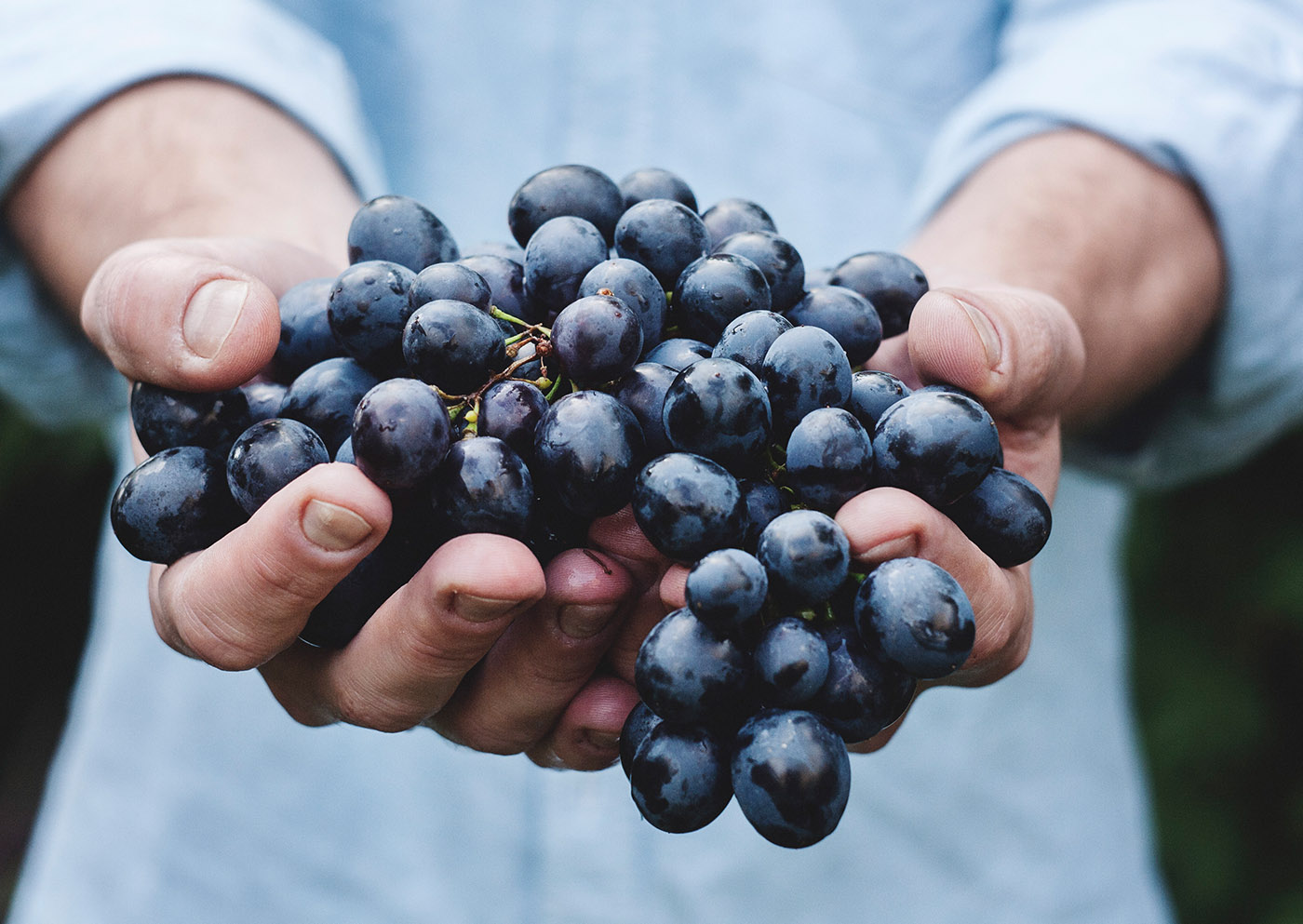 The prayer in the beginning set a course and direction for today and for life itself. We have misunderstood the gifts given to us by God because we use them for ourselves. These gifts have deceived us into thinking that we are better than others, so we judge and put others down, especially when they don’t think like we do. In doing so, we make Christianity a religion of judgment and condemnation. This is the exact opposite of what Christ came to do; He came to redeem and to save. In the Collect of the Day, we pray, “O God Who declares Thy almighty power chiefly in showing mercy and pity….” We were created in God’s image and therefore, we should be living out the very character of God, manifesting His mercy and compassion.

Psalm 146 extols the Lord as an abundant helper. Today, we too should be helpers to those around us. “He executes justice for the oppressed.” We should come to the aid of the oppressed, showing them mercy, and not judging them as deserving of their lot. “He gives food to the hungry.” In today’s Gospel, the rich man was uncaring about Lazarus’ oppression. This is what the Church has become – indifferent, unmoved by the suffering of the poor. “He sets the prisoners free.” This is what we should be doing for those in bondage today so they can be fruitful and multiply. “He opens the eyes of the blind.” We do this for others that they may know the wonderful things that God has done for them. “He raises up those who are bowed down. The Lord loves the righteous. The Lord protects the strangers, supports the fatherless and the widow, but He thwarts the way of the wicked.” This is the character of God. As His children, created in His image and likeness, we should do the same works, and manifest the same mercy and compassion. We don’t judge and put others down just because they differ from us, like Muslims and those of another faith. We sing “We can make a difference”; let’s do it. Let’s be what God wants us to be.

In Amos, the prophet talks about Israel – that in the midst of God’s blessings after they were delivered from bondage in Egypt, they still weren’t satisfied and wanted more. So they sought other cultures, other ways of living, and even other gods. We are the same today. We have become prisoners of our own lust and greed, not satisfied with and grateful for what God has given us.

In 1Timothy 6, Paul gives direction for Christian living. He instructs Timothy to flee from the things that lead to destruction, like the love of money which is the root of all sorts of evil. This love of money is the root of evil because people will do anything for money – they will steal, like people in authority who engage in corruption, and even kill. Money is not wrong; it’s the love and lust for it that drives one to do things that are evil in the sight of God. Instead, Paul exhorts us to “pursue righteousness, godliness, faith, love, perseverance and gentleness”. When we live the right way, the blessings will come. We don’t have to seek more because we’ve already been blessed. Christ was God, living in perfection, but He didn’t consider that as more important than what He was sent on earth to do. So He came and became like us, and paid the price for our redemption. This is what Christianity is all about – redemption. “Fight the good fight of faith; take hold of the eternal life to which you were called….” Fighting the good fight of faith is storing up for the future; taking hold of eternal life.

The Gospel tells of the story of Lazarus, a poor man covered with sores, left at the gate of the rich man hungry, longing to be fed with the crumbs that were falling from the rich man’s table. Notice that the rich man had no name. He enjoys the best of life but his name is not in heaven. He is not accused of committing any crime. His problem is pride; he spends his wealth only for his own enjoyment. He is uncaring about the poor and needy around him, forgetting that God created him and blessed him so he can take care of others. The rich man died and was buried. When Lazarus died, the angels carried him away to Abraham’s bosom. This begs the question, how many have been buried? How many have been taken away by angels? We magnify death, like it’s an achievement of our existence. The mortician tortures us with the cost we have to pay by extolling the virtues of an expensive coffin, wake and burial. We have to realize that when a person dies, he is not the one in the box because the angels have taken him away. This is what I tell the grieving family and friends during a resurrection mass. To die is to be alive with God, so why do we make so much about death – about the ceremony and the expense it entails?

Lazarus means “one who has been helped”. He was taken by the angels and carried to Abraham’s bosom where he was comforted, given the best – aged wine, the choicest marrow – everything that he didn’t have while he was alive. The rich man, on the other hand, in death was in torment and so much pain (what we picture as hell is actually torment, a burning up because of pain). From where he was, he sees Lazarus in Abraham’s bosom being comforted, so he cries out, “Father Abraham, have mercy on me and send Lazarus so that he may dip the tip of his finger in water and cool off my tongue for I am in agony in this flame”. But Abraham told the rich man that during his life, he received good things while Lazarus only got bad things. He was telling that rich man that he didn’t do anything to alleviate the difficult circumstances of Lazarus when he was alive. The dogs which could be a symbol for the unrighteous, came to lick his sores, but the rich man didn’t do anything. Abraham continued with, “And besides all this, between us and you is a great chasm fixed, so that those who wish to come over from here to you will not be able, and that none may be able to cross over from there to us”. The spiritual chasm is the difference between righteousness and sin/greed; there is a big gap between the two that can’t be crossed without repentance and the help of God. Abraham was effectively telling the rich man, “Do you remember how indifferent and uncaring you were to Lazarus, and now that you are the one in need, you want him to help you?” It is a biblical principle that what you do comes back to you.
We need a new understanding of the principle of God. Death isn’t what we think it is. Lazarus was not embalmed then put in a coffin with his sores. He was comforted, fed and healed. Abraham told the rich man that because he didn’t give while he was alive, he had nothing coming his way to ease his torment when he died. The rich man then begged Abraham to send Lazarus to his father’s house to warn his five brothers so that they won’t suffer his fate and come to the same place of torment. But Abraham said that they have Moses and the prophets to warn them, and if they don’t listen to Moses and the prophets, they will not be persuaded even if someone rises from the dead. The five brothers of the rich man can symbolize our five senses – sight, smell, taste, hearing and touch. They control us depending on how we react to them. They can guide us but also put us in bondage, for example when we can’t handle the smell, the taste or any situation that our senses present to us. We have to bring them under control so we won’t be immobilized and prevented from going out of our way to help others. Christ went to the poor, the sick, the lepers and the demon-possessed. We should do the same.

We’ve had nineteen weeks of being taught how to live our lives like Christ. Do we listen? We are the healer, giver and reconciler. We lack in no good thing. If we don’t use what we’ve been given, how can we expect to receive more blessings? It’s not the pleasures of today that will make us but our planting for the future. There are many “dead people” today who allow these things to control them. I don’t want you to be “dead”; I want you to be alive, in turn giving life to others. When we help and give life to others, we are preparing for the future; for a life for eternity. Let’s forget ourselves because we have everything that we need. Matthew 10:42 “Whoever in the name of a disciple gives to one of these little ones a cup of cold water to drink, truly I say to you, he shall not lose his reward.” Luke 6:38 “Give and it will be given to you. They will pour into your lap a good measure – pressed down, shaken together and running over. For by your standard of measure it will be measured to you in return.” “By your measure” means we choose how blessed we’re going to be in this life and the next. The rich man didn’t care about Lazarus and he got his just reward in the afterlife.

In this 19th week in Ordinary Time, God is showing us step by step how to live the life He’s given us. We are preparing not just for this life, but for life in eternity. At the Judgment, we won’t be judged for being born again or not, but according to what we’ve done with what we’ve been given. We are programmed to multiply. If we’re not multiplying, it means we’re dead. So let’s live our lives for others. When we do this, we give glory to God.