Who is My Neighbor? 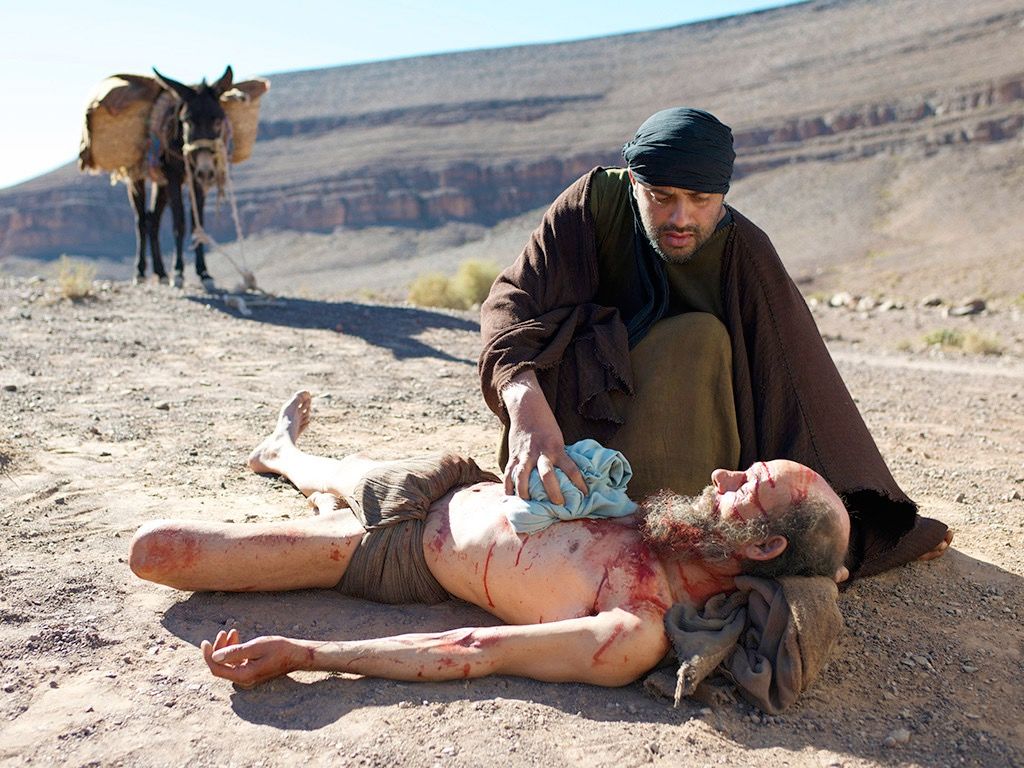 During the time of Christ, there were those who called themselves religious who tried to destroy Him or damage His character. What He did either made people angry, jealous or praise Him. A lawyer approached Him in the guise of asking information, but he probably only wanted to trap Him. It didn’t work. Christ was wiser than him. No one is wiser than Christ. He told the lawyer that yes, he knew what to do according to Jewish law, but he had to put it into practice. “But who is my neighbor?”, the lawyer asked, so Jesus gave him a parable. He talked about a man going from Jerusalem to Jericho. Jerusalem is a high place and the road going down to Jericho is deep, winding, very narrow and not a road for cars. It was basically a walking road. Because of this, the road was a favorite hunting ground for robbers. This was why people didn’t use that road alone and at night. In Jesus’ story, the man was traveling alone and carrying some valuables. The robbers attacked him and left him half dead. This man was foolish in what he did. He should not have traveled alone carrying valuables.

The first person to come after him was a priest who looked at the badly wounded man, turned and hurriedly left. You would think that a priest would be moved with compassion, but he was on his way to Jerusalem and maybe he was assigned to do the evening prayers. The Old Testament tells us (Numbers 19) that if a priest touches a dead body, he will be unclean for several days. Very possibly he was thinking that the man was dead and if he touches him, he won’t be able to do evening prayers. So he went on, a man who taught the principles of God but maybe because he thought he’d lose his ability to do evening prayers, he didn’t obey.

The second man that passed by was a Levite, another religious. He looked at the injured man, then went on his way, leaving him alone. This man had also been taught the principles of God, yet he doesn’t help the poor man. Possibly, he was thinking that the robbers were just using the man as a trap such that if he stopped to help, he would end up being the victim. He didn’t want to take a chance.

The third man who came along was a Samaritan, one who didn’t follow Jewish law. When he saw the man, he stopped to help, cleaned his wounds and put oil on it. He picked up the man, took him to the closest inn, got a room and took care of the man for the evening. In the morning, he gave the innkeeper money and asked him to take care of the man until he’s fully recovered. He promised to pay back the innkeeper for any additional amount he would spend on the man. This was a Samaritan who didn’t follow Jewish laws, not a priest, not a Levite, but the innkeeper trusted him. This speaks a lot to us. This man may not have been following the laws of the Jews but he has a heart full of love, and this is what he follows, not what his mind was probably telling him. He didn’t have fear.

Christ then asked the lawyer, who then is a neighbor to the injured man? The lawyer said the Samaritan. Jesus said, “Go and do the same”.

This parable tells us of things set in the Old Testament. In Deuteronomy, God told the people about the law. “I will set before you this day blessing or curse, life or death. Choose life.” He tells us that His laws are not cumbersome, not unintelligible, not impractical and not impossible to obey. When it comes to Christ, there are only two commandments – love the Lord your God with all your heart, mind and soul, and love your neighbor as I have loved you. Scriptures says His yoke is easy and His burden is light.

Sometimes there are things we want to do but we see difficulties and impossibilities, so we don’t accomplish our dream and our vision. If you can talk to someone who has achieved great things, you’ll find that they’ve faced many difficulties, but those didn’t stop them from accomplishing what’s in their heart. This is what the Church was given and they are using the principles of God.

God has put within us the principles of strength and power. He created us in His image and likeness. Christ has shown us the dominion and power that God has given us. It’s so close that it’s in our hearts and mouths. Do we speak doubt, fear and anxiety, or do we allow what God has given us to hold firm the truth that God is with us? To seek His will, to know His power and to fulfill His will are our responsibilities. He has given us victory, not failure. We won’t allow anything to hinder us; everytime we fail, we get up again.

We are to be like Christ. When we see Him we will know Him because we will be like Him. This should be a challenge for us. Instead of allowing anything to get in our way, we will be even more determined to go for the goal. If we decide to serve God as a priest, deacon, usher, etc., we should be committed to the demands of our ministry, no matter that we were invited to be elsewhere. You commitment should be the most important in our life. Fulfill it. He has given us all ability to be like Him. Christ tells us to heal the sick, but we allow fear to stop us (“What If they don’t get well?” That’s not your problem.) I want to be like Christ, not to be a billionaire. We say God understands and He does. He understands that we’re not obedient and can’t be trusted. We have to wake up.

The pillars of Christianity are faith in Christ and love for man. We are to love even the obnoxious, unloveable person. Seeking the will of God and knowing the power to fulfill that will is what God wants of us.

One of the greatest examples we have is sister Chato. She let nothing stop her. Sometimes her words were harsh because you were getting in her way. When she was delivering a baby, the problems didn’t faze her. She would solve the problem by praying and asking God to show her the way – breech, cord around the neck, etc. She was threatened by the DOH at first, but they ended up sending her to the UN to show them the way. She also wrote about the many births she made possible. She let nothing stop her. This is what we need to be.

Proverbs 23 says as a man thinks within himself, so is he. Do we see ourselves as sons of God, gifted with all His abilities? Proverbs 14 says a tranquil heart is life to the body. Proverbs 15 says a joyful heart makes a cheerful face. John 7 says from the heart flows living waters, a fountain of life. James 1 says receive the Word implanted which is able to save your soul. 1 Peter 1 says fervently love one another from the heart. Stop and help. Commit to what God wants us to do. He’s given the power to accomplish it. Nothing is greater than God in you.