The High Calling of God in India 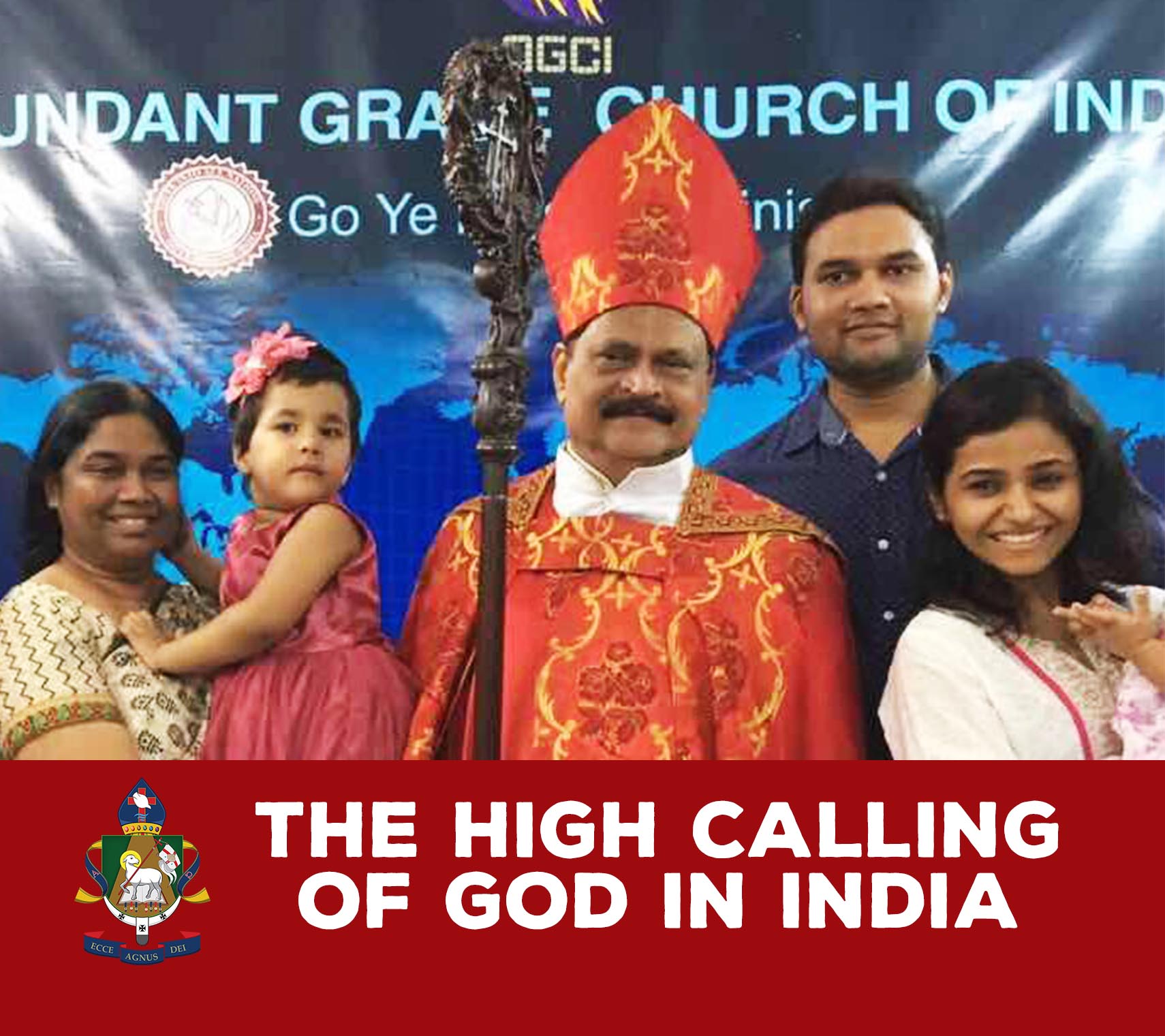 Tamil Nadu is one of the 29 states of India with a population of 72 million. Its capital and largest city is Chennai. India is the 7th largest country in the world by area and the 2nd most populous. It is estimated that by 2017, India’s total population will reach 1.3 billion. The predominant religion in India is Hinduism, with 79.8% of the population being Hindus. Christianity only accounts for 2.3% of the population.

While less than 3% of the population of India are Christians, Christianity has been growing in that country over the past few years. Many of the Christian churches in India are independent churches and in order for them to be recognized by the Government, they need to become part of a diocese. Most of these churches are also Pentecostal and therefore, they need to be taught and trained in the liturgical form of worship. Archbishop Hines first went to India a few years ago to provide some of these churches with the training they need in liturgical worship. This year, Archbishop Hines, along with Bishops Cordero and Geronimo and the assistance of Deacon Bacungan went back to India to ordain 30 priests and consecrate 8 bishops, including Bishop Kulandaivelu Palaniswamy, the head of Go Ye Missions, a Christ-centered, mission-oriented, Spirit-filled, Bible-based missionary organization in Tamil Nadu. The priests ordained are young, with ages ranging from 30 to 45. Christianity is spreading rapidly in that region and the church plans to put up more than ten seminaries in Tamil Nadu alone where the pastors will be trained by the Catholic Congregation of St. John.

Many of the independent churches in India have expressed their desire to be part of the work of the Congregation of St. John. These Indian nationals are young and “on fire” for the Lord, and if they can be taught about the Church and properly trained in liturgical worship and evangelization, they can take the world for Christ.

The consecration of Bishop Kulandaivelu was held at the Abundant Grace Church of India, in a small room filled with the anointing of the Holy Spirit. As Archbishop Hines laid his hands upon Bishop Kulandaivelu, the room was filled with the singing of “Come Holy Spirit” by the bishops. Archbishop Hines quoted what Jesus said to His disciples when He first appeared to them after His resurrection: “Peace be with you. As the Father has sent Me, I also send you”. Archbishop Hines said that becoming a bishop is a high calling that comes with the grace and power of the Holy Spirit to give the bishop the ability to fulfill his responsibilities. God sent His Son to destroy the works of the devil and everything that he brought upon man – sickness, death, poverty, strife. Christ bought us with a price and we belong to Him; therefore, the enemy has no right to touch and oppress us. Archbishop Hines emphasized that it’s time that people are set free from the deception of the enemy. The truth is God is with us and we have nothing to fear. He said that as bishops, they are responsible to tell people this truth and set them free. The work of the church is to bring the love of Christ to the world. As bishops, they are also responsible for helping the priests under their authority to learn and live this truth, and to share with them the love of God. Archbishop Hines said that he’s excited about what God will do in Tamil Nadu and all of India. To Bishop Kulandaivelu, he said, “God set you in authority in this area. You’re the one who will control the spirits in this territory because God has anointed you to do so. I believe great things will begin to happen for the church here. I consecrate you as bishop so you can stand in behalf of the Kingdom of God in this area”. In closing, he assured Bishop Kulandaivelu that “greater are the blessings of joy than the heaviness of your responsibilities”.

The love of God for the people of India is so evident in how fast Christianity is spreading in that country. Another consecration in February took place after Archbishop Hines, Bishops Cordero and Geronimo left. Bishop Kulandaivelu said he expects that a thousand more priests will be ordained in one year alone. The next consecration of a bishop will be in Chennai, tentatively set for May.